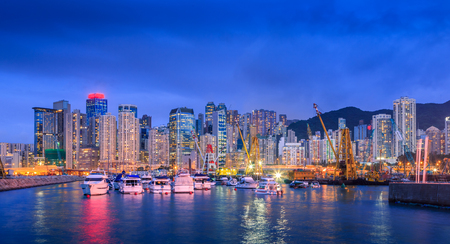 Hong Kong – CSSF FAQs On Measures To Address Liquidity Due To Ukraine/Russia Conflict.

A number of UCITS funds holding Russian and Belarussian assets have declared suspension of dealings because of the impaired market trading conditions due to the conflict between Ukraine and Russia and the restrictive measures taken by the various countries against Russia. While circumstances associated with the Ukraine/Russia situation have not been alleviated and the fund dealings remain suspended, on 31 March 2022 the CSSF, Luxembourg’s financial regulator, issued a set of FAQs to provide guidance to fund houses on liquidity management in this context.

Specifically, the FAQs suggested the following possibilities to UCITS funds with significant exposure to illiquid assets to achieve the segregation of such assets through the creation of “side-pockets”:

The CSSF has highlighted that the creation of “side-pockets” is not explicitly envisaged in the UCITS legal framework. Therefore, it remains the responsibility of the governing body of the fund to decide, having regard to constitutive documents of the UCITS, whether a side-pocket would be allowed, and if so, under what circumstances and conditions.

From a Hong Kong regulatory perspective, all of the three options would give rise to SFC-regulatory issues. The first option may appear to be relatively more “simple”, and the creation of a new share class does not normally require the SFC’s prior approval. However, since the new share class created will be used to hold illiquid assets, this will no doubt cause regulatory concerns. According to the SFC’s FAQ 27B under the FAQs on the Code on Unit Trusts and Mutual Funds, fund managers are required to consult the SFC in advance if they would like to create a new share class with such specific features. In contrast, options 2 and 3 are likely to be challenging as they involve applying to the SFC for the authorisation of a new fund holding the illiquid assets and/or the SFC’s approval of restructuring/termination of a fund whose assets cannot be realised or transferred appropriately. No matter which option a fund house choses, prior consultation with the SFC would be essential.

Unfortunately, the solutions suggested above may offer little help to UCITS or SFC authorised funds with substantial exposure to Russia, e.g. funds investing at least two thirds or 70% of their NAVs in Russia.

We would recommend fund managers with SFC-authorised funds affected by the Ukraine/Russia conflict to engage in an ongoing dialogue with the SFC as to the next steps to be taken, in light of the CSSF FAQs.

Alwyn is a key member of the financial services practice. He has extensive experience in establishing and advising clients on seeking authorisation by the Securities and Futures Commission (SFC) of unit trusts and mutual funds domiciled in Hong Kong and overseas jurisdictions including RMB denominated funds, QFII and RQFII funds, and UCITS funds. He also advises on on-going compliance and post-authorisation issues.

In addition, Alwyn advises on the structuring and establishment of private investment funds. He regularly advises on regulatory matters across a broad spread of issues affecting the asset management industry in Hong Kong. He helps clients to set up their Hong Kong offices and obtain appropriate SFC licences.