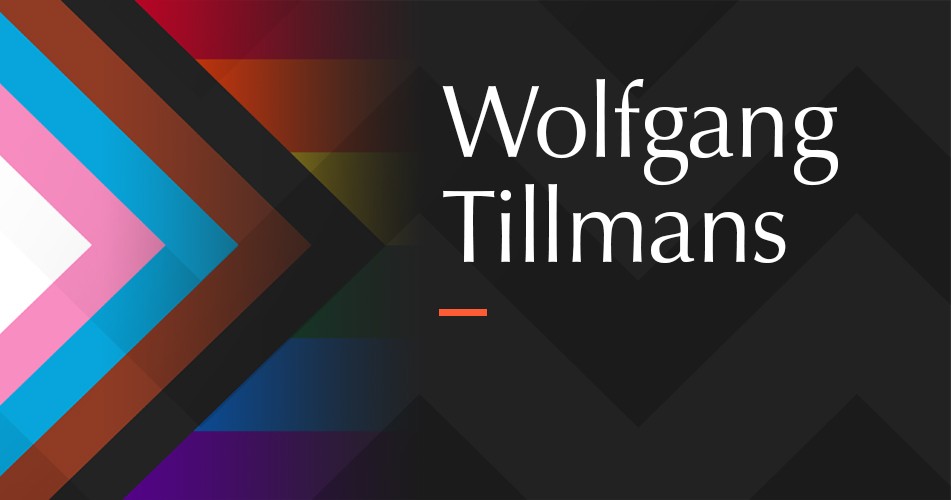 UK – LGBTQ+ Trailblazers: The Photography And Art Of Wolfgang Tillmans.

On a personal level – Tillmans encompasses everything I am passionate about: engagement with today’s political discourse; contemporary photography that sheds a new light on perhaps seemingly mundane scenes; techno (which he sees as a pan-European language of inclusion1) and clubbing as a space within which to be socially engaged, aware and crucially respectful and open-minded.

A polymath, Tillmans has produced his own music, ran a club in London’s Bethnal Green (until its closure in 2011), collaborated with artists such as Frank Ocean, set-up his own gallery in Berlin (Building Bridges), taken a position as chair of London’s ICA and launched campaigns advocating for the importance of voting and democracy.

It’s no wonder that, in recent years, he has been the subject of countless retrospectives globally: Tate Modern in London (2017) where he also delighted visitors with an audio-visual live set with Debonair, the Museum of Science and Technology in Accra (2021), Mumok in Vienna (2022 – currently ongoing) and an upcoming one at MoMA in New York (2022).

There are still many misconceptions about what I do – that my images are random and everyday, when they are actually neither. They are calls to attentiveness2.

I have been politically engaged all my adult life. But last year I was hit by this sudden realisation that all I believed in as a European – reconciliation, change, progress, togetherness, benefiting from each other – was threatened. Nobody else in my world seemed to be interested in doing anything, so I just went ahead and produced the posters. I didn’t care if it would hurt or help me as an artist. I was only interested in the result. I have never felt like that before in my life.

Best known for his large-scale photography, he often experiments with the medium, fluttering between more abstract works using a light pen (exposing photo paper to handheld light sources) to details of bodies that create an immediate sense of intimacy (as well as vulnerability) between the subject and the viewer.

Tillmans has never shied away from his identity or his politics. He has openly discussed the fact that he is HIV positive, and how this impacts his life, and also the tragic loss of his partner in 1997 to Aids-related complications. He continually supports charities, such as Positive East, supporting people with HIV from diagnosis to longer term care3. He has also profiled LGBTQ activists and individuals who, for example, live in Russia4 or have had to flee Uganda5.

His Instagram feed reflects his fields of interest: songs, photographs and exhibitions are accompanied by links to articles and resources inviting audiences to learn more about the rise of authoritarianism and how best to counter it through an active civic life.

His experience has translated into an awareness of life’s fragility, something that is seen both in the moments he chooses to capture on camera but also in his desire to push people to be active, present and engaged today so we can shape our current society, and not let apathy take the best of us.

Tillmans studied in the early 1990s at Bournemouth and Poole College of Art and Design in Bournemouth, England. By then, he was already known as a photographer capturing the London club and gay scenes and his work had been published in i-D as well as other renowned publications. He also began experimenting with non-hierarchical exhibition arrangements that are now familiar to his audiences: photographs are simply pinned or taped to the walls with no discernible logic.

In 2000, Tillmans became the first photographer and the first non-British artist to win the coveted Turner prize and in subsequent years he was the recipient of numerous awards, including the Hasselblad Foundation International Award in Photography (2015), Trinity College’s Gold Medal of Honorary Patronage of the University Philosophical Society (2016) and more recently the Kaiserring prize from the city of Goslar in Germany (2018).

My first encounter with Tillmans’ work was at the Tate’s retrospective in 2017 and I have been enamoured since. I have gone on a pilgrimage to his gallery in Berlin, crossed paths with him at ICA events combining music and performance and I have used the posters he freely shared to show my support for the EU and encourage my peers to vote and take an active part in democracy, lest we forget that it can be taken away from us all too easily.

He is an exciting artist and one whose interdisciplinary interests are continually evolving – while at the same time remaining true to his core mission: making us alert to the now.

Whether its dancing to his music, or accompanied by his visuals, or standing in front of one of his mesmerising photographs, his work stimulates us to open our minds, be present and importantly, to be supportive and respectful of one another.