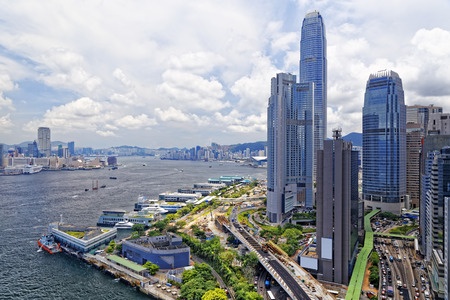 In Hong Kong, corruption and bribery constitute the same offense. The offense is governed by the Prevention of Bribery Ordinance (Chapter 201 of the Laws of Hong Kong Special Administrative Region) (“POBO”) which, among others, affects three categories of people:

(a) Civil servants of the Hong Kong government 11

The offense can be committed by both private individuals and public servants. In relation to individuals, bribery is committed when any person, whether in Hong Kong or elsewhere, without lawful authority or reasonable excuse, offers an advantage to a public servant as an inducement to or reward for that public servant:

(a) performing or abstaining from performing an act in the capacity of a public servant;

(b) expediting, delaying, hindering or preventing the performance of an act in the capacity of a public servant; or

(c) assisting, favouring, hindering or delaying any person in the transaction of any business with a public body13

The POBO defines an advantage to include:

(a) any gift, loan, fee, reward or commission consisting of money, valuable security or other property of any description

(b) any office, employment or contract;

(c) any payment release, discharge or liquidation of any loan, obligation or other liability;

(d) any other service or favour (other than entertainment);

(f) any offer, undertaking or promise, whether conditional or unconditional, of any advantage within the meaning of any of the above paragraphs.

The concept of public official is expressed in the POBO as “public servant.” A public servant is defined as any prescribed officer or employee of a public body. This definition encompasses employees of the government, the Executive Council, the Legislative Council, any District Council, as well as any board or body appointed by or on behalf of the Chief Executive of Hong Kong. At the date of writing, there are 119 public bodies listed in the POBO.

The definition of “advantage” does not include an election donation within the meaning of the Elections (Corrupt and Illegal Conduct) Ordinance (Chapter 554) (“ECICO”), particulars of which are included in an election return in accordance with the ECICO. However, payments or contributions paid to induce officials to perform functions that they are otherwise obligated to perform would still be assessed in terms of whether they constitute an advantage under the POBO.

The ECICO is enforced by the Independent Commission Against Corruption (ICAC) and aims to uphold honesty and prevent corrupt and illegal conduct in public elections. A political candidate engages in corrupt conduct when he uses election donations for any purpose other than meeting his election expenses or to promote his campaign.17

When the donation amount exceeds HKD 1,000, candidates are required to issue their donors with a receipt, 18 and they are prohibited from using the donation if the donor’s name and address are unknown. 19

The POBO does not establish quantitative limitations on hospitality expenses, which would be assessed as to whether they constitute an advantage under the POBO. Gifts, travel expenses, red packets, tea money and similar favours could all fall within the definition of an advantage.

In relation to gifts, the Chief Executive has granted general permission to civil servants in relation to specific types of advantages.20 Civil servants can accept (but not solicit) from a close personal friend a gift not exceeding a value of HKD 3,000 in total on each occasion when gifts are traditionally exchanged (for example, a wedding or retirement), and not exceeding HKD 500 in total on any other occasion. For gifts from persons who are not close personal friends, the limits are HKD 1,500 and HKD 250, respectively. Further, such gifts can only be given to the civil servant in his private capacity and the giver must not have any official dealings with the department or organization in which the civil servant works. Civil servants can also solicit or accept gifts from relations, and tradesmen and organizations (but only in their private capacity where the advantage applies on equal terms to non-civil servants and the giver has no official dealings with the civil servant). There are no monetary limits attached to such gifts. Civil servants will need permission to accept other types of gifts.

“Entertainment” is specifically excluded from the POBO’s definition of an advantage and refers to the provision of food or drink, for consumption on the occasion when it is provided, and of any other entertainment connected with, or provided at the same time as, such provisions. 21 However, civil servants are subject to guidelines that prescribe against lavish or unreasonably generous or frequent entertainment that may lead to embarrassment in performing official duties or bring the public service into disrepute. 22

Private sector bribery is regulated under Section 9 of the POBO. Section 9 lacks extra-territoriality where the offer, solicitation or acceptance of the advantage does not take place in Hong Kong, even though the planning of the offer might have taken place in Hong Kong.23

Private bribery is committed when any agent who, without lawful authority or reasonable excuse, solicits or accepts any advantage without the permission of his principal as an inducement to, or reward for:

(a) doing or forbearing to do any act in relation to his principal’s affairs or business; or

(b) showing or forbearing to show favour or disfavour to any person in relation to his principal’s affairs or business.24

Likewise, persons who offer any advantage to an agent as an inducement or reward in the abovementioned circumstances commit an offense.

“Agent” includes “a public servant and any person employed by or acting for another.”25 In a 2016 Court of Final Appeal decision,26 the court considered that to become an agent of another, it is not necessary to have a pre-existing legal, contractual or fiduciary obligation to act in relation to that person’s affairs or business. It is not even necessary that there should have been a request to act. A person who is in a position to act on behalf of another and voluntarily does so may also thereby assume fiduciary duties.

Private bribery can also be committed without the offer of any advantage. Under section 9(3) of the POBO, it is an offense for any agent who, with intent to deceive his principal, uses any receipt, account or document:

(a) in respect of which the principal is interested;

(b) that contains any statement that is false or erroneous or defective in any material particular; and

(c) to his knowledge is intended to mislead the principal.28

The defendants in the 2016 Court of Final Appeal decision29 mentioned above were found guilty of a conspiracy to commit an offense under section 9(3) when they signed a false declaration in a board resolution in which the principal was interested.

The POBO establishes the following penalties for private individuals:30

(c) Ordering the convicted person to be prohibited from taking employment or becoming a director for up to seven years. 31

The POBO does not set any quantitative or qualitative limitations on hospitality expenses and gifts, which would be assessed as to whether they constitute an advantage under the POBO.

A recipient of gifts would need to obtain approval from his principal if the gifts are related to the principal’s affairs or business. The defence of having a “reasonable excuse” to accept an advantage was tested in a 2015 Court of Appeal decision32 relating to secret payments for external work engagements. In that case, a prior pattern of receiving secret payments without the principal’s approval was not sufficient to constitute a “reasonable excuse.” At the date of writing, the Court of Final Appeal granted the defendants leave to appeal33 and the substantive hearing took place in February 2017 with judgment reserved.34

As mentioned in paragraph 1.6, “entertainment” is excluded from the definition of “advantage.” Nevertheless, this area could be a potential red flag where there is a conflict of interest. The ICAC cautions against lavish or frequent entertainment, and recommends that staff of organizations avoid offers of meals or entertainment that are excessive or frequent.

5.1  Value of a compliance program to mitigate/eliminate the criminal liability for legal entities

The POBO does not specifically recognize compliance programs as instruments to mitigate or eliminate liability for legal entities before the crime of corruption has been committed.

However, the ICAC recommends the adoption of an effective compliance program to prevent corruption and mitigate the risk of violations.

5.2 Absence of a compliance program as a crime

The POBO does not recognize the absence of a compliance program as a crime.

5.3 Elements of a compliance program

The POBO does not recognize or regulate the elements of a compliance program.

While having a compliance program does not offer a legal defence for an offense, the ICAC nonetheless notes the importance of introducing such programs in the interest of preventing internal corruption and bribery. Recommended mitigation measures include adopting a risk- based approach; due diligence of counterparties, agents and intermediaries; drafting and implementing effective policies and procedures; and effective embedding, monitoring and reviewing of compliance programs. The ICAC also provides free corruption prevention programs for companies in order to educate management staff regarding the relevant law.

6. Regulator with jurisdiction to prosecute corruption

The enforcement body in Hong Kong is the ICAC. The ICAC has powers to investigate, arrest and detain suspects pursuant to Independent Commission Against Corruption Ordinance (Chapter 204) and the POBO. The POBO grants the ICAC further investigative powers to uncover transactions and assets, including the ability to search bank accounts as well as examine private business documents. With prescribed authorization under the Interception of Communications and Surveillance Ordinance (Chapter 589), the ICAC may also conduct telecommunications interception and covert surveillance for corruption investigations.

For prosecution of a bribery or corruption offense under the POBO, the consent of the Secretary for Justice is required.36