The Belgian federal government and the governments of the federated entities reached a cooperation agreement on a screening regime for foreign direct investments (FDI). The new regime aims to protect Belgium’s national security, public order, and strategic interests. To that end, transactions in a wide range of sectors will be subject to mandatory and suspensory notification to a new body, the Interfederal Screening Commission (ISC). The new regime, which is expected to enter into force on January 1, 2023, will have a significant impact on deal certainty and timing for investors from outside the EU investing in Belgium.

The proposed cooperation agreement (“the proposal”), which still has to be approved by the various Belgian parliaments, creates a mechanism to coordinate the exercise of the competences of the federal State and the federated entities in the area of FDI screening. It defines uniform notification thresholds and sets up the ISC as a one-stop-shop for all notifications of investments exceeding those thresholds.

The proposed Belgian screening mechanism aims at safeguarding national security, public order, and strategic interests. The latter constitutes a generic category that covers the interests of the Belgian federated entities, in their area of competence, to ensure the continuity of vital processes, prevent certain strategic or sensitive knowledge from falling into foreign hands and ensure strategic independence.

Under the 2019 EU FDI Screening Regulation (Regulation 2019/452), which is fully applicable since October 11, 2020, EU Member States are not obliged to implement an FDI screening regime. However, if they do so, they have to comply with certain minimum requirements and coordinate their action with the European Commission and other Member States. The European Commission strongly encourages all Member States to adopt a fully-fledged FDI screening regime, and Belgium is one of only a handful of EU countries that has not yet done so (together with Bulgaria, Croatia, Cyprus, Estonia, Greece, Ireland, Luxembourg and Sweden – although several of these countries are also planning or in the process of adopting a mechanism). Many jurisdictions outside the EU, including the U.S. and the U.K., have equivalent regimes.

Which transactions are caught?

The new regime will apply to investments in Belgian entities by foreign investors from outside the EU, where those investments could have an impact on national security, public order, or the strategic interests of the Belgian federated entities.

Foreign investors are defined as follows:

Especially the third criterion considerably widens the group of investors potentially caught by the regime, because it means that an investment by a Belgian or EU-based undertaking could also fall within the scope of the regime if a UBO of that undertaking is based outside of the EU.

The proposal provides for a double set of jurisdictional thresholds:

First, the regime will apply to all transactions where a foreign investor directly or indirectly acquires 25% or more of the voting rights in a Belgian entity with activities that involve:

Second, the regime will also apply to all transactions where a foreign investor directly or indirectly acquires 10% or more of the voting rights in a Belgian entity with activities that involve defense (including dual-use products), energy, cyber security, electronic communications and digital infrastructure, provided that the turnover of the target in the previous financial year exceeded €100 million.

Transactions meeting either of these thresholds have to be notified to the ISC. However, the proposal also empowers the ISC to open ex officio investigations into transactions below the thresholds where this is deemed necessary for the protection of national security, public order, or strategic interests.

Investments aiming at exercising a direct economic activity by a foreign investor (so-called ‘greenfield investments’) are not caught by the regime.

The secretariat of the ISC will review the notification file and determine if it is complete. It may ask the foreign investor or any other relevant person to provide additional information. The preliminary phase thus serves a similar purpose as the “pre-notification” phase in merger control investigations and is not subject to any statutory timetable.

Once the secretariat has all the documents needed to conduct the investigation, it will communicate the file to the members of the ISC. Moreover, in accordance with the cooperation mechanism laid down in Article 6 of the EU FDI Screening Regulation, the secretariat will notify the other Member States and the European Commission of the FDI. The other Member States can then submit comments and the Commission can issue an opinion on the FDI within 35 calendar days (potentially extended to 40 days for an opinion of the Commission following comments from Member States). The competent Belgian authorities (acting under the umbrella of the ISC) have to give due consideration to such comments and/or opinion, although the final decision remains theirs.

In a first phase, the competent ISC members will assess whether the notified transaction could have an impact on national security, public order, or strategic interests as defined above.

The decision concluding the assessment phase must be delivered within 40 days of receipt of the complete file by the secretariat of the ISC (although requests for additional information may “stop the clock”). The decision concluding phase I cannot be appealed. If no decision is taken within the statutory deadline, a screening procedure can no longer be opened (unless the information provided in the notification was incomplete or misleading) and the transaction can go ahead.

The second phase consists of an in-depth review that builds upon the results of the assessment procedure and must involve a concrete risk assessment by each of the competent ISC members individually.

Within 14 days (potentially extended to one month in complex cases) of the decision to open phase II, the competent ISC members submit an advice to the federal, regional or community minister they represent. If the advice is negative, a draft advice is first communicated to the notifying parties, to give them the opportunity to submit comments. In this case, the timetable is suspended for ten days (plus a further ten days if the parties also request to be heard). The ISC can propose corrective measures to enable a positive decision. In this case, the timetable is suspended for one month to create room for negotiations, with the possibility of further one-month extensions while negotiations last. The negotiations are concluded when the parties make a binding commitment to comply with the agreed corrective measures.

If no decision is adopted within the statutory timetable (taking into account any extensions), the transaction is deemed to have been approved and can go ahead.

As already mentioned, the ISC may carry out an ex officio review of non-reportable investments that may affect national security, public order, or strategic interests. In case of non-compliance with the notification obligation (“gun jumping”), the ISC may also open an ex officio investigation up to two years after the implementation of the reportable transaction (extended to five years if the parties acted in bad faith).

Implications for deal certainty and timing

The standstill obligation during the review process, the lack of statutory timetable for the preliminary phase and the many possibilities to extend the timetables for the “assessment” and “screening” phases, may significantly delay the implementation of deals. In addition, some deals may be subject to both FDI screening and merger control procedures, adding significant complexity. Furthermore, due to the lack of general turnover thresholds the new FDI screening regime may apply to deals involving small Belgian companies (including start-ups). Accordingly, appropriate conditionality, risk allocation provisions and long-stop dates should be included in the documentation of deals that may be caught by the new regime.

Moreover, the possibility for the ISC to open ex officio investigations into already completed deals up to five years after closing, with the risk that the parties may be forced to unwind such deals, creates significant deal uncertainty.

The proposal still has to be approved by the federal parliament and the parliaments of the federated entities. According to the official press release, the cooperation agreement is expected to enter into force on January 1, 2023. 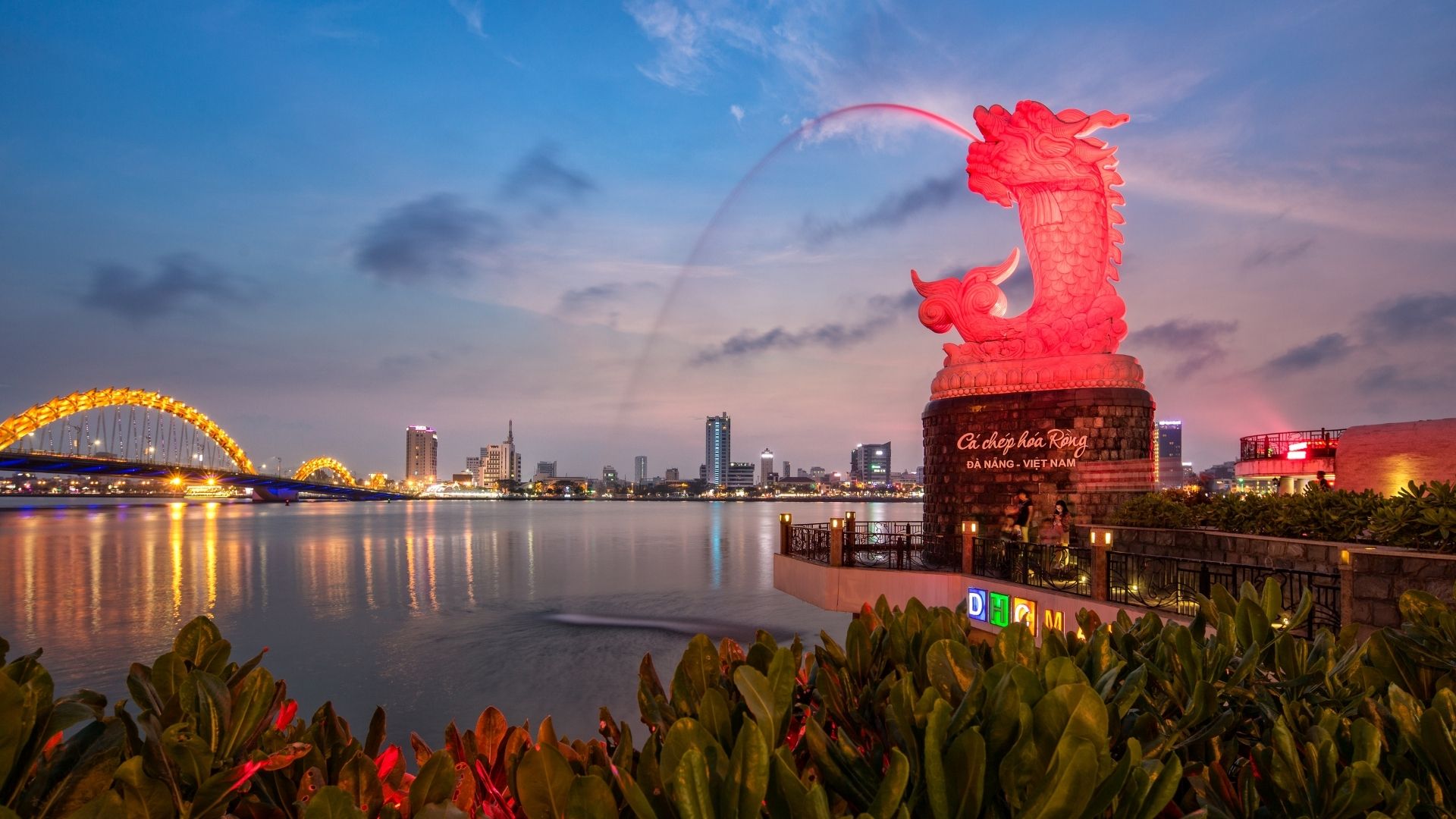 04 Notes For Foreign Investors Who Establish Specialist Clinics In Vietnam.