Budweiser And Its Guerrilla Warfare! 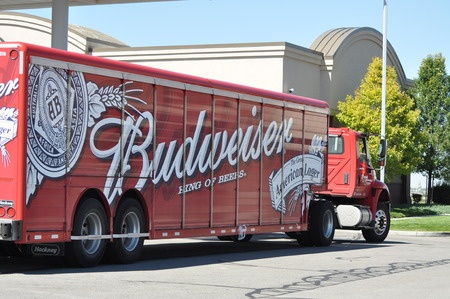 Roquefort & Parmesan cheese, Cognac Brandy and Champagne are all not just famous names of foods and wines & spirits but also the names of the places from where they were created. They are known as Geographical Indications (GI).

A GI is one of the instruments that protects the quality, reputation or other character of goods essentially attributable to their geographical origin; they are tags associated with wine, spirits, cheeses, meat products, and other foods. The European Union (EU) endorses the creation of a global registry to protect unique GIs for the labelling of ‘agro-food’ products which is opposed by the U.S., reasons of which will be further discussed.

Under the Agreement on Trade Related Aspects of Intellectual Property Rights (TRIPS), GI’s are accorded with minimum standard of protection and additional protection for wines and spirits, by way of according protection in the country of its origin as per member countries’ domestic laws; although this is not obligatory on other countries to extend reciprocal protection, as provided in Article 22. Further, additional protection to GI’s in case of wines and spirits is to be accorded by the country irrespective of whether there exists a risk of misleading/unfair competition, as given in Article 23.

One of the most disputed GI cases is that of the famous beer production house, Budweiser, which is between Anheuser Busch Inc. (U.S. brewing company) and Budějovický Budvar NP (Budweis company in Czech) regarding the right to use the names ‘Bud’ and ‘Budweiser’.According to Budějovický Budvar, ‘Budweiser’ means it is brewed in Budweis, in southern Bohemia, whilst ‘Budvar’ is the trademark name for beer first registered in 1930. Beer has been brewed in Budweis since 1265; the brewery rapidly going international after its foundation in 1895. On the other hand, the American brewer Anheuser-Busch began making a beer in 1876, which it also called “Budweiser”, marketing it in the United States (U.S.) & Canada, the very first beer under the name ‘Budweiser’ being in Saint Louis, Missouri in 1879. The two companies initially coexisted amicably on the premise that each would confine its sales to distinct geographical areas. But Anheuser-Busch began to expand into Europe resulting into a head on collision between both.Because of this, Czech Budweiseris sold in North America under the label Czechvar and American Budweiser is branded as Bud in all European Union markets, except for Ireland and the UK.

In 2007, Anheuser-Busch and Budvar reached an agreement according to which Anheuser-Busch would market Budvar/Czechvar in the United States and several other countries for an ‘undisclosed amount’, although both parties allege that this had not affected their lawsuits.Anheuser-Busch had a partnership with AB InBev, the latter being a multi-national beverage and brewing company having its headquarters at Belgium; but this partnershipwas terminated in January 2012, and in July of the same year, replaced with United States Beverage, which began responsibility for the sales and marketing of Czechvar in the United States.Further in March 2009, Anheuser-Busch lost an appeal against the EU’s Office for Harmonisation in the Internal Market (OHIM) decision to reject the registration of Budweiser as an EU-wide trademark for beer in the name of Anheuser-Busch. The Hon’ble Court pointed out that Budějovický Budvar had proven that it had been using the trade mark throughout at least five years priorto the publication of Anheuser-Busch’s application for a Community Trade Mark (CTM). This decision also covered malted non-alcoholic beverages (such as non-alcoholic beer). On July 29, 2010, Anheuser-Busch lost its last request appeal against this decision connoting that Anheuser-Busch cannot register the name Budweiser as an EU-wide trademark for beer as in EU only Budějovický Budvar is allowed to use the trademark Budweiser, except for UK, Ireland and Sweden, where both beers are sold as Budweiser.

Although there are ongoing talks and negotiations between U.S. and EU regarding a free trade agreement (FTA), but nothing substantial has been worked out as of yet. This is because coexisting trademarks are an issue due to the legal philosophy and legal jurisprudential divide regarding the GI or protected GI lexicon, reason being GI’s are an unusual phenomenon for the U.S. as they provide trademark protection and undermine the GI stand altogether because of the fact that GI’s are prolonged recorded practice of creating local, quality products at a level which cannot be ingeniously imitated, but where the reputation is so beckoning that bad imitations are prevailing even under trademark. Seems as though Europe and the U.S., both are relishing this guerrilla warfare till the time Budweiser is getting all the attention and Budweiser drinkers are getting their beer.