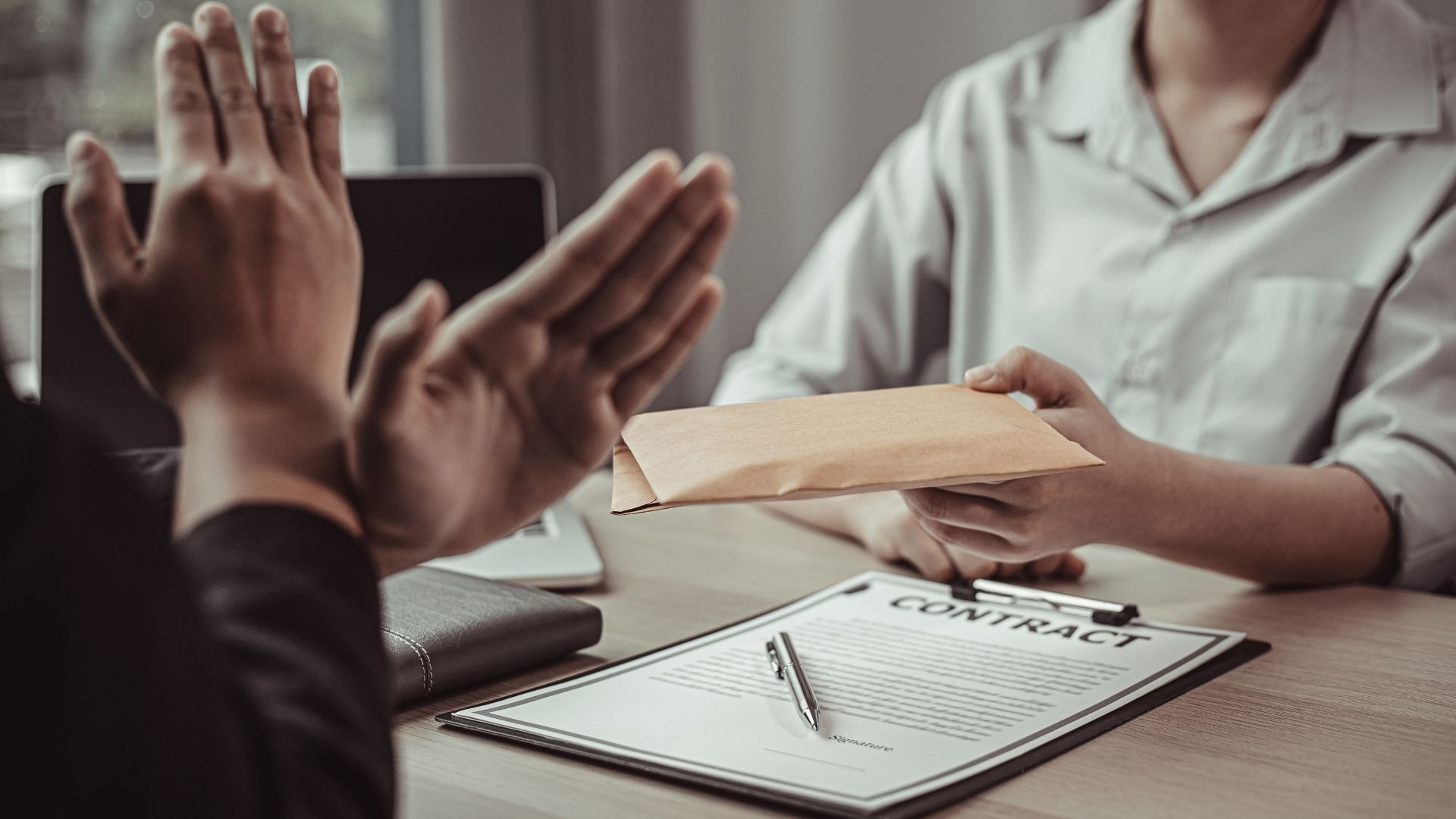 Corruption Perceptions Index 2021: Corruption Levels, Including In The Asia-Pacific Region, Remain At A Worldwide Standstill.

On January 25, 2022, Transparency International (TI) published its annual Corruption Perceptions Index (CPI) for 2021.[1] Similar to previous years’ indices, the CPI 2021 demonstrates that corruption levels, including in the Asia-Pacific region, remain “at a worldwide standstill.”

The CPI ranks perceptions of public sector corruption in 180 countries and territories according to experts and business people. Countries and territories obtain scores ranging between 0 (highly corrupt) and 100 (very clean). TI considers scores below 50 to be failing scores, while scores below 30 indicate severe systemic corruption. In the 2021 edition of the CPI, the average score for the Asia-Pacific region was 45 – a failing score that has stagnated since 2019. TI observes that “[w]hile countries in Asia Pacific have made great strides in controlling bribery for public services,” the average score shows that “much more needs to be done to solve the region’s corruption problems.”

In 2021, the strongest performers in the Asia-Pacific region continued to hold leading positions globally, with New Zealand (88; ranking 1st with Denmark and Finland), Singapore (85; ranking 4th with Norway and Sweden), Hong Kong (76; ranking 12th), and Australia and Japan (both 73; ranking 18th with Belgium and Uruguay) all featured in the global top 20. However, many other countries and territories, including some of the region’s large developing economies, still struggled to achieve even a passing score. India’s CPI score stagnated at 40 (ranking 85th), whereas Malaysia (48; ranking 62nd), Thailand (35; ranking 110th), and Philippines (33; ranking 117th) all lost points in 2021. In contrast, Vietnam (39; ranking 87th) rebounded from 2020 and increased its CPI score by 3 points, while China (45; ranking 66th) achieved a similar 3-point increase.

In our coverage of the CPI 2020,[2] we noted China’s establishment of the National Supervision Commission (NSC) in 2018 and the NSC’s anti-corruption efforts and achievements in the first year after its establishment. In August 2021, China strengthened this supervisory regime by adopting the Supervision Officials Law (the “Supervisors Law”), which took effect on January 1, 2022.[3] The Supervisors Law sets forth the rights and duties of the supervision officials responsible for monitoring civil servants, state-owned enterprises’ employees, and workers at public schools and medical institutes, and establishes a system to evaluate and supervise supervision officials themselves. In addition to the Supervisors Law, China released an anti‑bribery guideline on September 8, 2021.[4] Different from China’s traditional anti-corruption efforts, the guideline places the focus on bribe payers and includes, among other things, a system to blacklist companies and individuals who pay or offer bribes in China. Areas subject to particular scrutiny include environmental protection, finance, social insurance, medical care, and education. These latest legislative developments in China may have contributed to the 3‑point increase of China’s CPI score in 2021 (from 42 to 45; ranking increased from 78th to 66th), helping the country to continue the upward trend since 2015 (37; ranking 83rd) – although more improvement is needed before China receives a “passing” grade on the CPI scale.

Vietnam is another country to watch in this regard. After a slight decrease in 2020, Vietnam’s CPI score (39; ranking 87th) increased by 3 points in 2021. Part of this increase may have been due to the successful prosecution and conviction of a series of former government officials for misappropriating state assets, including former Minister of Industry and Trade Vu Huy Hoang and former chief of Hanoi People’s Committee Nguyen Duc Chung.[5] In the meantime, Vietnam is in the process of revising the Inspection Law, which has been effective since July 1, 2011. The amendments are expected to “clarify the role, powers and duties of inspection agencies, enable new levels of innovation and streamline inspection efforts.”[6]

On the other side of the spectrum, Australia (73; ranking 18th), while still a top performer worldwide, has lost 12 points since 2012 and lost 4 points in 2021 alone. An annual report by the Australian Commission for Law Enforcement Integrity indicated that corruption complaints filed with the Commission reached their highest level in 15 years in 2020 – 21, totaling 478.[7] The greatest concerns with Australia’s anti-corruption regime are the country’s traditional lack of a national anti-corruption watchdog[8] and outdated anti-money laundering laws.[9] The upcoming Australian federal election has put these two issues on the table. The incumbent Prime Minister, Scott Morrison from the Liberal Party, has committed to establishing a Commonwealth Integrity Commission (“CIC”), whose primary function would be the investigation of public-sector misconduct constituting criminal offense. Upon discovery of evidence of misconduct, the CIC would refer the evidence to an appropriate prosecuting or disciplinary agency to take further action.[10] In contrast, the New Liberals party supports the establishment of a more robust and powerful national watchdog that can initiate prosecution on its own.[11] Since June 2021, the Australian Senate has also been probing the strength of the country’s anti-money laundering laws,[12] but the prospect of any amendment to the laws remains unclear at this stage.

In 2021, COVID-19 continued to play a role in creating avenues for increased public-sector corruption in the Asia-Pacific region. From India (40; ranking 85th)[13] to Vietnam (39; ranking 87th)[14], governments have been urged from within and without to manage the corruption risks generated by the pandemic. In light of governments’ plans to increase spending to stimulate economic recovery,[15] public-sector corruption risks are likely to rise.

With “relatively low occurrence of petty corruption in many Asian countries,” TI observes that “countries stuck in the middle of the index, like Malaysia (48), Indonesia (38), and the Maldives (40)” now “face a more complex challenge: grand corruption. This is the abuse of high-level power that benefits the few at the expense of the many.” As we noted above, some countries, such as China and Vietnam, have already engaged in legislative efforts to dismantle what TI calls “the rent-seeking structure”; other countries could follow suit. Companies doing business in the region need to stay alert to the latest legislative developments in order to navigate the region’s changing regulatory landscape.

Notwithstanding the relatively low-risk environment in top-performing countries, companies based in jurisdictions such as New Zealand (tied with Denmark and Finland for the 1st place ranking) and Singapore (tied with Sweden and Norway for 4th place) should remain vigilant about corruption risks. As the case with Australia shows, there is no guarantee that any country can maintain high-level performance. In addition, businesses headquartered in top-performing countries should not be complacent about corruption risk, particularly where they have business operations in higher-risk jurisdictions outside their home base, which can expose them to risks unnoticed at home. In addition, risks in terms of money laundering, violations of economics sanctions, human trafficking, and other types of fraud continue to loom over the region.

For more information about assessing and addressing compliance-related risks in the Asia‑Pacific region, or around the globe, please contact us.

As further explained in the Terms / Notices linked below, the information provided herein is not legal advice. Any information concerning the People’s Republic of China (“PRC”) is not an opinion on, determination on, or certification of the application of PRC law. We are not licensed to practice PRC law.