Developing Northern Australia: A Vision for the Future.

The Northern Australia vision will be undertaken over many years, and we foresee significant foreign investment of a global scale – especially in the agricultural sector – in this area.

We will monitor the Northern Australia Strategic Partnership's and each government's efforts to achieve the vision for Northern Australia. To that end, this paper is intended to be an introduction to a series of papers on issues associated with this vision.

Our next paper will address land tenure, native title and Indigenous tenure options, in the context of achieving the national vision set out in the White Paper. 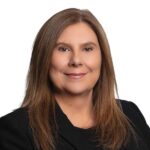