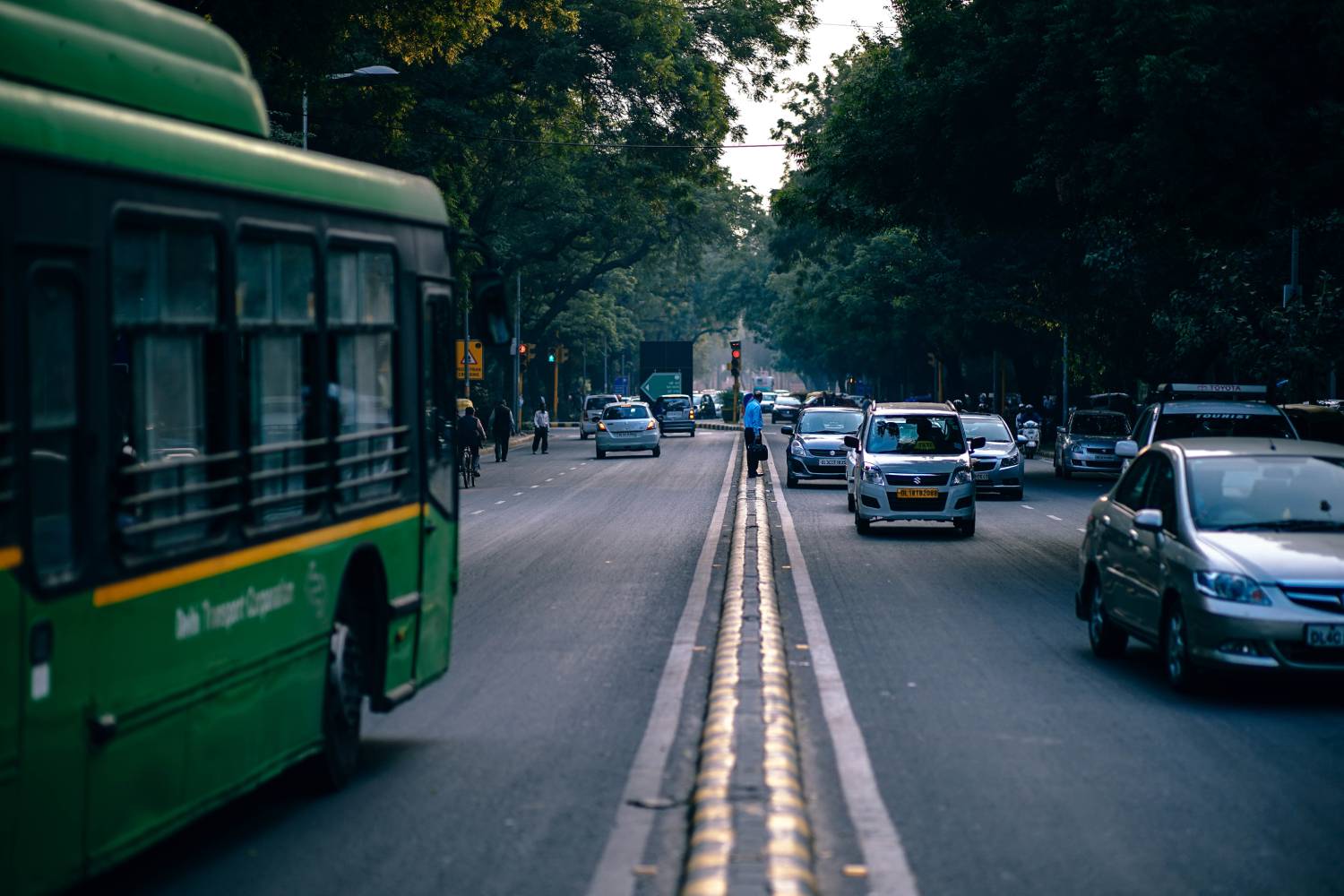 Home » Dispute Resolution / Regulatory & Compliance / Telecommunications, Media & Technology » India » India – Can The Admin Of A WhatsApp Group Be Held Vicariously Liable For An Objectionable Post By A Group Member?
Tech

India – Can The Admin Of A WhatsApp Group Be Held Vicariously Liable For An Objectionable Post By A Group Member?

The modern genesis of vicariously attributing culpability to a creator or administrator of a WhatsApp group for offensive, defamatory or objectionable content posted by a group member can be found in the recent decision of the High Court of Kerala on February 23, 2022, in the matter of Manual versus State of Kerala and another[1]. The High Court of Kerala has largely followed the bright line laid down by the High Court of Bombay[2], the High Court of Delhi[3] and the High Court of Madras[4] in their previous decisions on this subject. As a rule, most common law jurisdictions have traditionally applied vicarious liability by employing the common law doctrine of respondent superior. It is noteworthy that superior courts have also authoritatively held in successive judgments that vicarious criminal liability can be attributed only if a penal provision of such nature is specifically provided in the underlying statute.

Briefly the High Court of Kerala, and the High Court of Bombay have described the functioning of WhatsApp, which is an instant messaging application, on these broad lines[5]. WhatsApp is an instant messaging platform which can be used for mass communication by opting to create a chat group. A chat group is a feature on WhatsApp, which allows joint participation of members of the chat group. Group Administrators, as they are generally called, are the ones who create the group by adding or deleting the members to the same. Every chat group has one or more group administrators, who control participation of members of the group by deleting or adding members of the group. A group administrator has limited power to remove or add other members to the group. Once the group is created, the functioning of the administrator and that of the members is at par with each other, except the power of adding or deleting members to the group. The Administrator of a WhatsApp group does not have power to regulate, moderate or censor the content before it is posted on the group. But, if a member of the WhatsApp group posts any content, which is lascivious or appeals to prurient interest or its effect is such as to tend to deprave and corrupt persons who are likely to read, see or hear the matter contained or embodied in it,  such person can be held liable under relevant provisions of law[6].

When a member of the WhatsApp group posts such objectionable content,  its liability has often been, as a corollary, sought to be attributed to the administrator of such group. Typically, allegations such as the aforesaid are often charged under Section 67 of the Information Technology Act, 2000 (the “IT Act”). In the Manual versus State of Kerala case (supra) the accused was inter alia charged under Section 67 of the IT Act,  along with Section 13, 14 and 15 of the Protection of Children from Sexual Offence Act, 2012 (the “POSCO Act”), for the predicate crime, as was alleged therein.  Whilst, coming to its final findings the Hon’ble Court analysed the jurisprudence surrounding the doctrine of vicarious liability, specifically to the extent of the presence of a special penal provision under the underlying statute being largely a sine qua non for attributing vicarious liability, to the admin of the WhatsApp Group, and the strict, secondary liability that arises under the common law doctrine of agency.

Whilst Manual versus State of Kerala case does not exhaustively analyse this aspect, superior courts in India have ratified that to constitute an offence under Section 67 of the IT Act, a person must publish or transmit an obscene material in electronic form. In view of the allegations made in a First Information Report and material placed in the charge sheet, the words employed in Section 67 of the IT Act are required to be analysed to verify if the allegations against the accused meet the threshold.  In the specific conspectus of the Manual versus State of Kerala case, the Hon’ble Court confirmed that there was no allegation or material to suggest that the admin of the Whatsapp group published, transmitted or caused to publish or transmit any obscene material electronically. One must also appreciate the term ‘Intermediary’ as defined under Section 2 of the IT Act, that refers to any person who on behalf of another person receives or stores or transmits that record or provides any service with respect to such record. In cases including but not limited to the Manual versus State of Kerala case, whereunder courts have assessed the liability of the admin of a WhatsApp group in the backdrop of the definition of intermediary, the admin was not found to have met the threshold of the definition under the IT Act. Previously, in the matter of Avnish Bajaj versus State of (NCT) of Delhi[7], the Apex Court whilst determining the vicarious liability of the Managing Director of a Company qua listing of an obscene MMS on the company’s website, had held that as the Indian Penal Code did not recognise the concept of automatic criminal liability of a director of a company when the company itself was not mentioned in the charge-sheet, the Managing Director ought not to be held liable for offences requiring men rea or strict liability.

It follows from the aforesaid background, that in the absence of a specific penal provision creating vicarious statutory liability for offences requiring men rea or strict liability, an administrator of a WhatsApp group cannot be held liable for objectionable content posted by a member of such group. Put differently, as has been held by the High Court of Bombay in the case of Kishore versus State of Maharashtra (Supra) a group administrator cannot be held vicariously liable for an act of a member of the group, who posts objectionable content, unless it is shown that there was common intention or a pre-arranged plan and acting in concert pursuant to such plan by such member of a WhatsApp group and the administrator. Common intention cannot be established in a case wherein a WhatsApp service user is merely acting as a group administrator. When a person creates a WhatsApp group, he cannot be expected to presume or to have advance knowledge of the criminal acts of the member of the group.

Interestingly, in a conflicting order, the High Court of Allahabad has contemporaneously on February 23, 2022 in the matter of Mohd. Imran Malik versus State of U.P and Another[8] inter alia ruled, based on the peculiar facts of the case, that the liability of an admin of a WhatsApp group is co extensive with the group member posting the objectionable post. Whilst coming to the foregoing brief conclusion, the Allahabad High Court, in its order, has not theoretically distinguished or analysed any of the aforesaid judgments by particularly applying the rudimentary principles of vicarious liability in the manner discussed hereinabove. It is also apparent that in the Mohd. Imran Malik case (Supra), liability for the objectionable post has not been extrapolated by applying the scheme under Section 67 of the IT Act (in the manner discussed above), per contra, liability in this case has been attributed to the admin of the WhatsApp group by invoking the scheme of Section 66 of the IT Act. Whilst the Hon’ble Allahabad High Court does not reflect on the basis of invoking Section 66 of the IT Act, the limited facts presented in the aforesaid case leaves little room for contemplating any basis thereof.

In order to inject uniformity in the foregoing decisions of the High Courts, the Hon’ble Supreme Court may well have to authoritatively rule on the subject matter. It cannot be emphasised enough that the subject matter is an evolving jurisprudence, particularly in the conspectus that the question of attributing criminal liability to the administrator of a WhatsApp group shall have to be nuanced by several factors. To say the least, the aspect of common intention and mensrea shall have to be tested by the courts by applying the foregoing principles to the peculiar facts of each case.

* The authors in this piece have not exhaustively analysed the subject of vicarious criminal liability or examined the issue of liability or culpability of an administrator in a case where he is alleged to be a creator of objectionable content.

[5] The functioning of WhatsApp messaging as described does not in any manner constitute the views of the author.