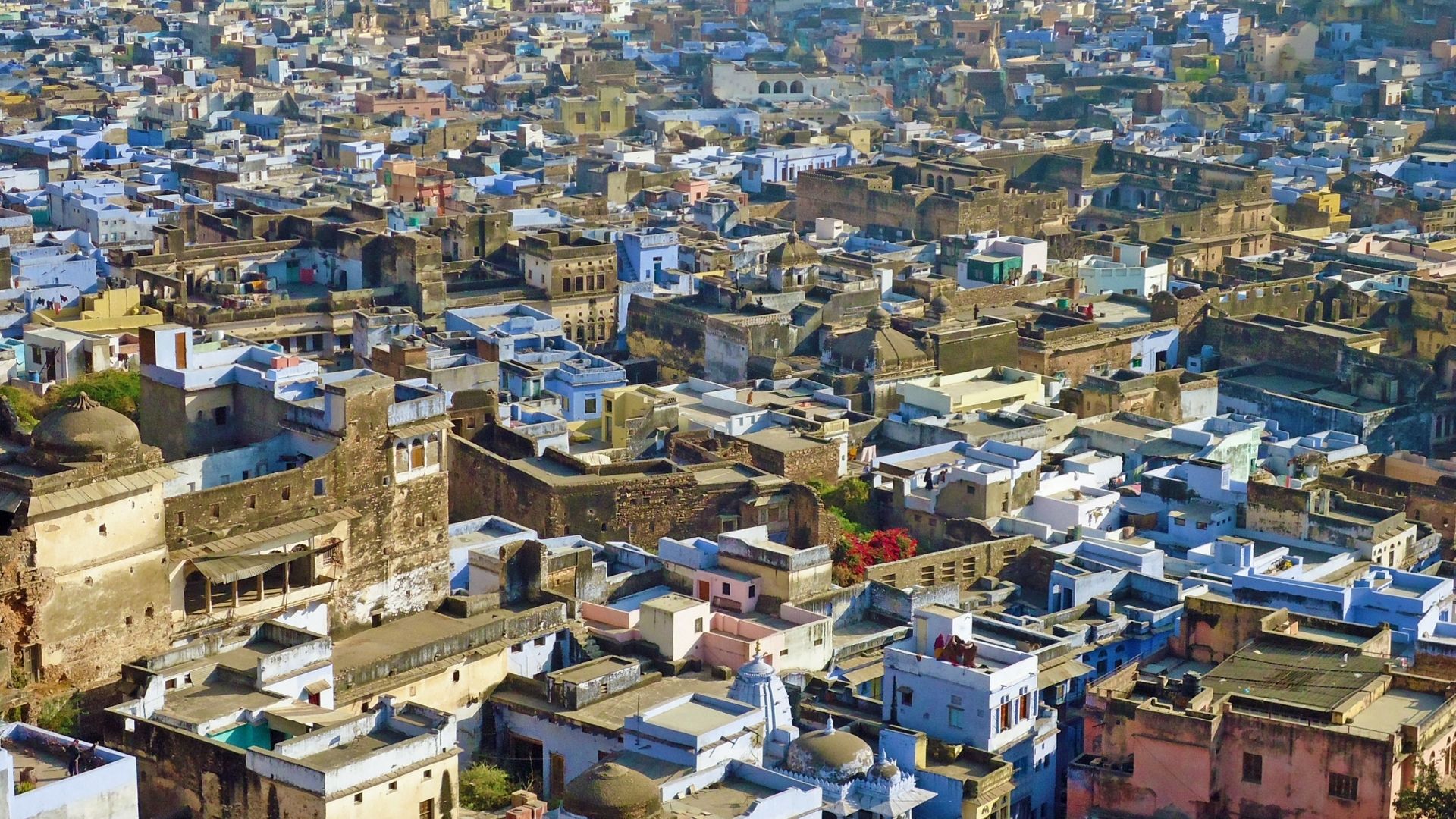 The concessionaire or contractors/ sub-contractors of the national/ state highways face a possible levy of Goods and Services Tax (“GST”) on their supplies. However, GST is exempted for services when toll is paid to access the roads or bridges.[1] The exemption is also applicable on payment of annuity for access to roads.[2] A contract in relation to highways may deal with several aspects such as construction of a highway, shops, operation of highways, maintenance of highways, collection of toll or separate charges like overhead charges, etc. Further, with different models of highway projects, it becomes essential to analyse the nature of supply, party rendering such supply to determine if any exemption or concessional rate is available.

(c) Built, Operate and Transfer (BOT) Under this model, the contractor is liable for construction, operation and maintenance of a highway for certain duration and thereafter transfers it to NHAI. The contractor’s efforts may attract payment considerations in the form of toll collections.

(d) Hybrid Annuity Model (HAM): This model is an amalgamation of EPC and BOT models where some portion of consideration is paid during the construction period and the remaining either through the right to collect toll charges or in the form of Annuity.

As it can be observed from the perusal of the above referred models, there may not be any consideration for the construction related work carried out by the contractor. But the services provided by the contractor has various elements and the whole scenario is mingled with the construction activity and outward supply of access to road. Hence, the determination of the amount that can be subject to GST levy is critical.

Levy of GST on construction activity of highways

Typically, composite supply of a ‘works contract’ by way of construction, maintenance, renovation of a road used for transportation by general public attracts GST at the rate of 12%. However, owing to exemption available on payment of annuity, many entities were not discharging any GST on the annuity amount even when it pertained to construction activity. Last year, the Central Board of Indirect Taxes and Customs (“CBIC”) vide Circular No. 150/06/2021- GST dated June 17, 2021 (“Circular”), disrupted the understanding of various entities engaged in the construction of highways and operating the same for annuity payments promised to them. It clarified that the exemption entry did not exempt the levy of GST on the annuity or on deferred payment pertaining to construction of roads. The Circular was based on recommendation of the GST Council in its 43rd meeting. The agenda of the said meeting distinguished the activity of construction classified under service accounting code (SAC) 9954 vis-à-vis access to road classified under 9967 and observed that exemption pertained only to latter. The aforesaid Circular has confused taxpayers because they were not paying any GST by relying on the available exemption. The Circular increases the cost of operations of the concerned entities since at the time of bidding for highway projects, the said cost wasn’t computed basis the appropriate tax laws and regulations applicable when they submitted their bids. As this was the most commonly prevailing market practice, it may not establish a fair playing field if the said understanding is proposed to be reversed through the Circular. It is also not clear how the contractors will be able to shift the liability of GST to the end customers because the bids had already been submitted and were awarded and it may not be possible to shift the responsibility basis contractual arrangement. The Circular has also created confusion for the previous period i.e. pertaining to October 13, 2017 to June 17, 2021 as taxpayers were relying on available exemptions. In case the taxpayers have already received the annuity amount, recovering this additional tax payable by them towards GST would be a nightmare and leading to dispute between the parties.

Fortunately, the Hon’ble Karnataka HC in case of DPJ Bidar-Chincholi (Annuity) Road Project Pvt. Ltd.[3], has set aside the Circular. The petitioner was a concessionaire for building and maintaining the roads during the contract period for ‘annuity’ in exchange. The HC relied on the minutes of the 22nd GST Council meeting held on October 6, 2017, on the basis of which an exemption was introduced w.e.f. October 13, 2017. In the said meeting, it was also recommended that the annuity paid by the highway authorities to the concessionaires in exchange for their services, rather than allowing them to collect toll fees, be exempted from the GST. The HC interpreted that the toll collected from the end users for access to road, includes a consideration towards construction and maintenance of road. Annuity is in lieu of toll which the concessionaire has not collected. Accordingly, the HC set aside the Circular as it was going against the exemption notification.

Impact of the decision

The HC ruling would help the taxpayers avail the exemption. Otherwise, the taxpayer would have had to bear the brunt of increased GST rate from 12% to 18% w.e.f. July 18, 2022 applicable on construction of road. However, the taxpayers may have to redetermine the available amount of input tax credit if they are engaged in multiple activities like renting of shops and space for restaurants, pumps, souvenir shops, which attract GST and providing access to roads, which is exempted, if not already undertaken. Further, with the increase in the rate of GST to 18% and the HC decision to not impose GST on construction activity raise a question for such taxpayers who have submitted their bids before July 18, 2022, as to whether they should seek change in contract price as the Government is unlikely to provide any indemnity in this regard. As the GST initially provided a concessional rate of 12% for construction of road for public use, it appears difficult to take assistance from the erstwhile service tax regime, as the activity of construction of road for public use as a broader activity was exempted. Thus, no precedent supports the proposition. It is also difficult to segregate the activity of construction with operation & management, because the latter could not have been undertaken without the former. While the intent of exemption appeared to have been wide basis the minutes of the 22nd GST Council meeting, when reviewing and analysing the minutes of the 43rd meeting of the GST Council, pursuant to which the clarificatory circular was released, it appears the GST Council has developed  contrary views. It also becomes critical to note that since exemptions on road construction for municipal regions can be claimed, similar exemptions should also be available for national and state highways as they connect a number of municipal regions across states. The phraseology used in the exemption notification are ambiguous and hence, it becomes the responsibility of the Government to provide clarity as soon as possible to avoid any unnecessary and unproductive litigation.

There is a high possibility that the Government may amend the entry of rate notification itself to impose GST on construction activity. There is also a possibility that the Revenue department may challenge the decision either by filing a review petition before the HC or filing a special leave petition before the Hon’ble Supreme Court. Any contrarian view taken by the HC or the SC could increase the cost of operations for the contractors. The issue is more problematic where the projects were bid during the service tax regime. Considering annuity would be payable during the GST regime, there continues the risk of department alleging that the GST paid for services was rendered during the erstwhile service tax regime. If such a view is upheld, then there is a risk that even for subsequent construction and repairs, which are frequent in these agreements, the department is likely to allege that later annuity payments were in lieu of construction activities. Considering that most of the bids are inclusive of GST and submitted basis the appropriate tax laws and regulations applicable at the time of submission of the bids, taxpayers may face challenges in revising the contract price. The taxpayers submitting fresh bids will have to be more cautious as the new GST rate for construction of road is 18% and in case it is construed as exempt, (which subsequently may get reversed by the Supreme Court), can adversely impact their liquidity.