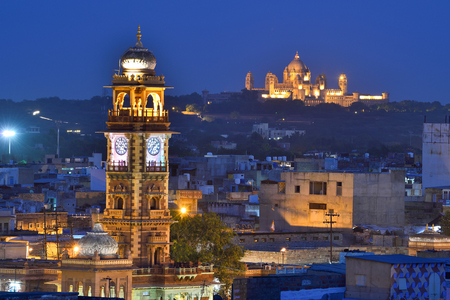 In such cases, “Licensing on the end value of device” is a practice adopted by patentees to calculate royalty rate for their patent on basis of value of end product that infringes the patent. For example: the royalty rate for a patent for establishing communication is infringed by sale of a mobile phone will be calculated on the basis of the sale price of the particular mobile phone.

Whereas “licensing on the smallest component value” is a practice of calculating royalty rates on the basis of value of smallest saleable intermediate component that infringes the patent. For example: if a microprocessor / chipset (taken as the smallest sealable component) infringes the patent, and if sales price of the microprocessor / chipset is taken as the basis for calculation of the royalty rate, the practice may be referred to as licensing on the smallest component value.

Conventus Law –  Is this an unsettled issue of law in India, and what has the case law demonstrated thus far on the issue?

For example: In case of Ericsson v. Micromax (2013) the Delhi High Court initially fixed the interim royalty rates ranging between 1.23- 2.50% of the net selling prices of the devices incorporating Ericsson’s patented technology, which were later revised to 0.8-1.3% so that no party suffer during the pendency of the suit.

Following the footsteps of Ericsson, the renowned audio company Dolby also got interim relief against two Chinese smart phone manufacturers Oppo and Vivo from Delhi High Court in term of fixing the royalty rate of 34 INR per unit till the terms for licensing are not finalised. Both the Chinese companies have agreed to discuss the terms of license on the basis of FRAND model with Dolby.

Conventus Law – What is royalty stacking, and what are its pros and cons?

LexOrbis – In the simplest terminology ‘royalty stacking’ may be referred to the situation when manufacturer of a product which is practising claims of several patents of a particular patentee need to obtain licenses in respect of each patent from the patentee as opposed to obtaining a portfolio license. In terms of the both the licensee and the licensor, the pros for a portfolio license is that they does not have to negotiate repeatedly in relation to each patent. Actions such as accounting, monitoring, etc., become far easier for both parties. The disadvantage of portfolio license is that neither party will know for surety which patent(s) are of higher economic significance. Furthermore, the portfolio license ensures that a risk free business operation on part of the licensee in respect of future products.

Conventus Law – For the PM Narendra Modi’s 2014 Make in India initiative to be viable for the mobile phone industry, should royalty stacking be regulated or monitored so as to avoid excessive royalty burdens that result in manufacturing becoming economically unfeasible?   As a more general question, is it possible to achieve commercial viability with royalty stacking while respecting IPR at the same time in the mobile phone industry?

LexOrbis – Mobile manufacturing industry has contributed a major share in Prime Minister’s Make in India initiative. Last year 38 new mobile manufacturing units were setup in the country. Regulating or monitoring royalty stacking or capping the royalty rates will not be a good idea to deal with the issue of excessive royalty burden for the Government. It is highly recommended to let the private parties negotiate terms of royalty for their IPR freely because creating an environment conducive for the parties, to discuss and arrive among themselves, a suitable royalty rates will attract more manufacturer and organisation based on IP model to setup there units in India and it will help the innovative industry to maximise their profit and encourage them to expend more on the innovation and thus resulting in economic growth.

If we specifically talk about mobile manufacturing industry which is a very complex industry where a single mobile device reflects numerous individual patents that are required to be licensed for manufacturing purpose. For example the ‘3G’ wireless technology which actually includes 6000 patents and is essential to be implanted in a mobile device to match the market standard but it won’t be feasible for the manufacturer to take the license for 6000 patents. In these cases portfolio licensing is very helpful to deal with stacking. A manufacturer can ask for a portfolio license from the Major market player covering the majority of ‘3G’ technology patents But still manufacturer should allocate a part of their profit for those patentees from whom the prior license have been missed so that the royalty can be paid in case of dispute arising at later stage then only a commercial viable state can be reached with royalty stacking while respecting IPR at the same time.

Regarding cellular phones, Qualcomm, a San Diego, California US based tech-based manufacturer, has been the target of many anti-trust allegations in multiple countries including the US, Europe, Taiwan and South Korea.  The company is a major player in India as well.  Qualcomm, like many of its competitors, prefers to license at the end value of the device and not at the component level, which is what has led to its many licensing and revenue sharing agreements.

Conventus Law – Without going into the specifics of each case in the various countries, what is the general basis for the anti-trust concerns (i.e. is it related to any specific type of anti-competitive behavior), and is this the type of behavior that Qualcomm and other similar businesses should be concerned with in India so as to avoid the scrutiny from the regulators in India?

LexOrbis – There are no specific guidelines defining the anti-competitive behaviour in India. The patentees have freedom to negotiate the licensing terms as well as prising in respect of their patents. The practice of Portfolio licensing and licensing on the end value of device per se did not recognised as an anti-competitive practice in India. Additionally the Competition Act of India allows practicing restrictive monopoly over intellectual property by virtue of Section 3(5) of Competition Act, 2002. The Delhi High Court also held in the case of Ericsson vs CCI that in the event of any conflict between Patent Act and Competition Act, the Patent Act being a specialised statute, would override the general statute. Indian Anti-Competitive agency have recognised that an restrictive monopoly over Intellectual Property is allowed except the cases where the conduct of the licensor is unlawful on the grounds other than exercising IP rights which is negotiating royalty in the present case.

Above all Indian Courts have also came up with the schemes of ‘licensing on the end value of device’ in almost every SEP related litigation in the past years.