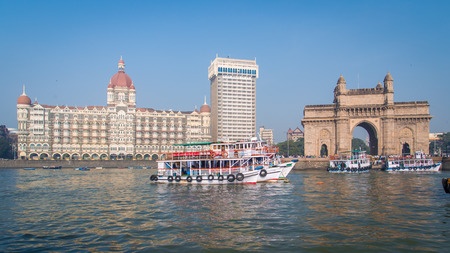 Along with the fame, comes the need for celebrities worldwide to offensively and defensively protect their valuable personal brands, emanating from their name and likeness and intellectual property rights, from being exploited from unauthorised users.  As seen from the recent case involving Michael Jordan in the People's Republic of China, IP rights can differ greatly from one IP regime to another.  We had the chance to speak with the IP attorneys at LexOrbis to discuss the trends in celebrity rights in India, and how its laws on this topic may vary from other jurisdictions.  We also spoke with the experts at LexOrbis regarding the latest developments with the Delhi High Court (Amendment) Bill 2015 and its effect on IP cases and on the hot topic of  'ambush marketing,' and here is what they had to say.

Conventus Law: In a recent judgment, Michael Jordan, a legendary NBA basketball player, lost a case in the Beijing Municipal High People’s Court in China against Qiaodan Sports, a sportswear company that trademarked the literal Chinese translation of Jordan, and used his Chicago Bulls jersey number 23 along with a shadow-like jumping man logo to sell basketball attire.  Jordan’s position was that consumers were being misled to believe that it was his brand or a product that he endorsed.  Why was this case not a 'slam dunk' for Jordan, and if a foreign celebrity failed to trademark the translation of his/her name in India, could he/she face a similar outcome in an Indian court?

LexOrbis: Barring certain exceptions, China follows a strict first to file principle.  As per this principle the person who first registers the mark will get priority over a prior user, unless the latter is a well-known mark or has certain influence in China due to its use.  China does not provide any common law remedy for unregistered trademarks.  Therefore, had Michael Jackson first registered the mandarin transliteration of his name in China, his case would have been a near ‘slam dunk’.  Unlike China, India does not follow a ‘first to file’ principle.  Trademarks Act 1999 provides common law remedy for unregistered trademark on the basis of prior use.  The celebrity can also institute an action of passing off, if someone is misappropriating the goodwill of the former, portraying that the same is somehow connected with the said celebrity.

CL: What intellectual property rights does a celebrity have in protecting his or her name and likeness in India?

LexOrbis: In India, celebrity rights can be protected via trademark law and passing off action.  A celebrity can register his name under the Trademarks Act in respect to goods and services.  Moreover, an action of passing off is maintainable when someone tries to misappropriate the goodwill or fame of a celebrity for selling their goods and services, portraying that the same are being endorsed by the celebrity.

CL: In the United States, in addition to intellectual property protections, many states have tort privacy laws that protect a celebrity’s name or likeness from being used for commercial gain. Are there any similar tort protections in India?

LexOrbis: In India an individual enjoys the right to privacy under the constitutional law of the land.  India does not have any specific legal provision on personality rights, nonetheless, the concepts of privacy and publicity are haltingly being moulded to protect personality rights.  The Indian Courts have also noted that the right of publicity has evolved from the right of privacy, which is again closely associated with the right to life and personal liberty.  Hence, circumlocutory, personality rights are allied with Article 21 of the Constitution of India.  Though fundamental rights are enforceable only against the State, the Courts have recognized that in the private sphere, an action would lie in law of torts for breach of privacy.  Also defamation is well-established both as a civil wrong and a criminal offence in India.

Further, the Code of Advertising Standards Council of India, the Code for Commercial Advertising on Television and the Standards of Practice for Radio Advertising have provisions providing that due authorization is required prior to the usage of references of an individual.

CL: The Delhi High Court (Amendment) Bill 2015 was passed by the Parliament on August 5, 2015, empowering the Chief Justice of the High Court to transfer any pending suit valued up to Rs. 2 crore to the concerned lower court.  What type of impact, if any, will this have on intellectual property suits being filed before the court?

Over 12,000 pending cases are likely to be transferred to the respective subordinate courts in Delhi.  Delhi High Court is quite known for granting interim reliefs in the IP infringement cases, however, the trend might see a change in the District Courts.

CL: In a recent article written by your firm, “Ambush Marketing: Where There Is Goodwill There Is A Way,” it was stated, “The question as to whether ambush marketing is ethical, illegal or simply a smart marketing practice remains debatable.”  Since ambush marketing is not per se illegal in India, what can businesses who pay good money to be the official sponsor of an event or of an athletic organization, for example, generally do to protect themselves from a competitor taking advantage of the practice?

LexOrbis: Since there is no legislation in India that governs the practices of Ambush Marketing, the precedents of the Courts serve as a means of protection for the official sponsors.  Also, contractual agreements for exclusive sponsorships can be entered into by the parties to safeguard interests from competitors.  For instance, in 2011, Indian cricketer MS Dhoni had been asked by the International Cricket Council (ICC) to stop promoting Sony and Aircel (they were the rivals to official sponsors of the World Cup then) as it breached the ambush marketing clause.