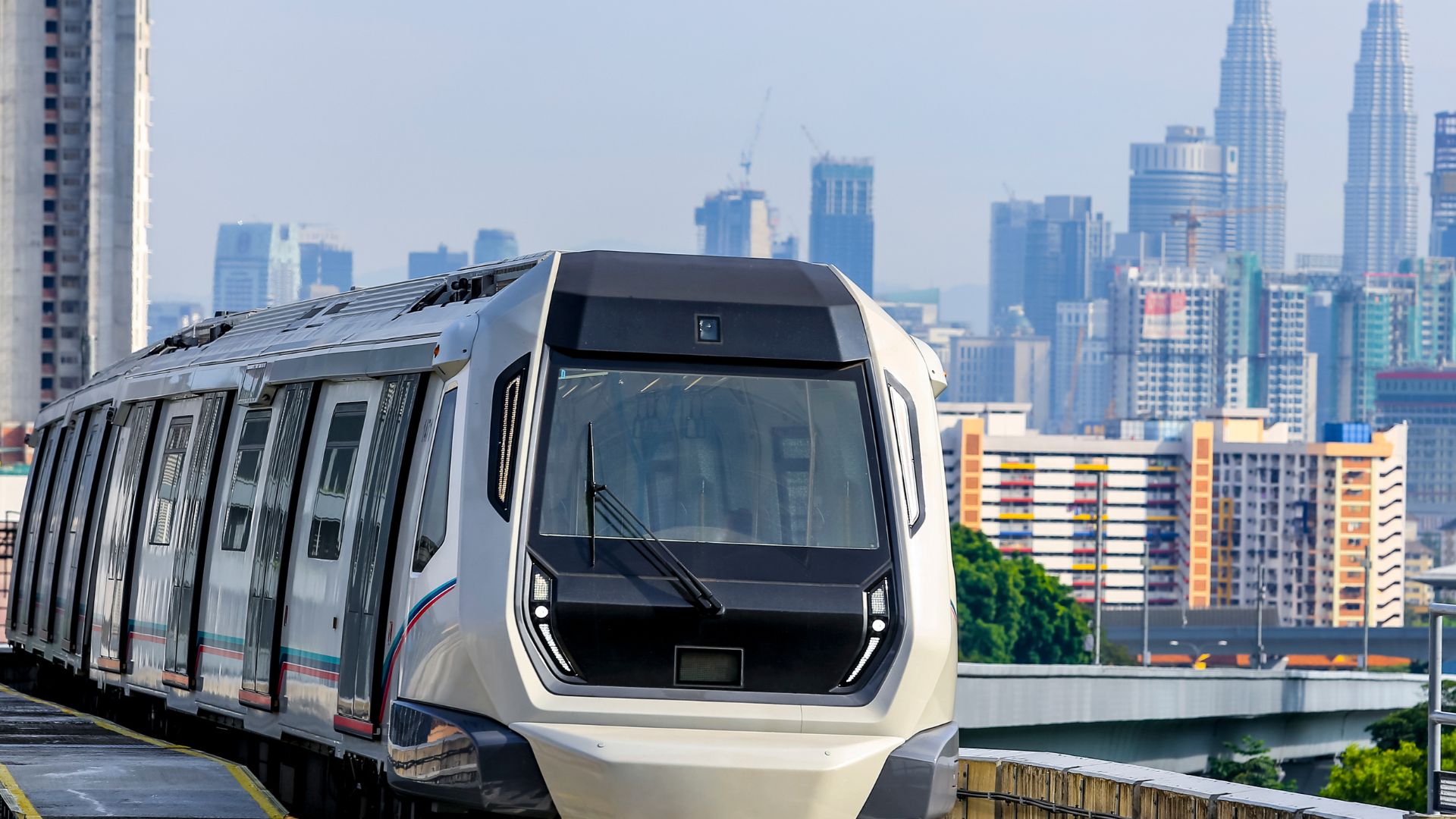 Short-Term Accommodation (“STA”) or Short-Term Rental Accommodation (“STRA”) has become a popular option amongst tourists, offering affordably priced accommodation coupled with different choices of lodging. The benefits are also felt by the community, bringing about economic opportunities to the area.

Yet, STA is not without its downside. Public nuisance issues have arisen from the influx of tourists causing noise pollution, traffic congestion and other manners of disturbance. Residents of stratified buildings (i.e., apartments and condominiums) have also raised concerns regarding the adequacy of the safety and protection of their homes. They believe that their safety has been compromised by unregistered guests, giving rise to increased risk of break-ins, theft, drug abuse, sex crimes, illegal gambling, money laundering, vandalism as well as increased risk of COVID-19 transmission amongst the tenants.

To address these problems, the Penang State Government intends to issue guidelines to regulate STA through by-laws set down by the Joint Management Bodies (“JMB”) and Management Corporations (“MC”) of each of the stratified buildings (“Proposed Guidelines”).

Under the Proposed Guidelines, STA will be regulated in the following manner:

Current interpretation of section 70(2) Strata Management Act 2013 – are the Proposed Guidelines in line with it?

Pursuant to section 70(2) of the SMA, MC may, by special resolution, make additional by-laws to regulate the control, management, administration, use and enjoyment of the subdivided building or land and the common property, which includes for safety and security measures.

Furthermore, the ability of MC to create by-laws restricting the engagement in short-term rentals have been clarified by the Federal Court in Innab Salil & Ors v Verve Suites Mont’ Kiara Management Corporation [2020] 12 MLJ 16 (“Innab”). In Innab, the Federal Court held that management bodies may pass additional by-laws to restrict the use of parcels for short-term rentals. The Federal Court suggested that the defendants intended their premises to be utilised like a hotel or lodging facility, which amounted to the grant of a license instead of a tenancy.

Section 70(5) of the SMA states that no additional by-law shall be capable of operating:

While “dealing” is not a defined term under the SMA, section 3 of the SMA provides that the SMA 2013 will need to be read with the 1985 Act as long as the provisions are not inconsistent. Within the 1985 Act, section 5 provides that it shall be read and construed as part of the National Land Code (“NLC”). Naturally, moving to section 5 of the NLC, dealing is defined as “any transaction with respect to alienated land effected under the powers conferred by Division IV, and any like transaction effected under the provisions of any previous land law, but does not include any caveat or prohibitory order”. Section 213 of the NLC (which is contained in Division IV), states that a “tenancy exempt from registration” is a dealing. In this case, the defendants argued that their transactions were “dealings” as short-term rental constitutes “tenancies exempt from registration” under section 213 of the NLC, and therefore the house rule prohibiting the use of parcels for short-term rentals was ultra vires. On this issue, the court held that when there is no proof of exclusive possession on the part of short-term renters and there is no evidence to suggest that occupancy of the renters is intended to be a tenancy, the said arrangements are nothing more than mere licenses and do not amount in law to ‘dealings’ within the ambit of section 70(5) of the SMA.

Premised on the above, the Proposed Guidelines are in line with the current interpretation of section 70(2) of the SMA.

Do the Proposed Guidelines have any force of law?

A considerable possibility of implementing the Proposed Guidelines would be through the implementation of a license requirement by the Penang State Government. Pursuant to section 102 of the Local Government Act 1976 (“LGA”), every local authority may from time to time make, amend and revoke by-laws for matters that are necessary or desirable for the maintenance of the health, safety and well-being of the inhabitants or for the good order and government of the local authority area and in particular for purposes specified under the section. Notably, under section 102(s) of the LGA, local authorities are allowed to make by-laws to control and supervise, by registration, licensing or otherwise, including in proper cases by prohibition, a trade, business or industry which is of an obnoxious nature or which could be a source of nuisance to the public or a class of the public.

As an illustration, the city council of Kuala Lumpur – Dewan Bandaraya Kuala Lumpur (Kuala Lumpur City Hall, “DBKL”), under its authority under section 102(s) of the LGA, implemented the Licensing of Trades, Businesses and Industries (Federal Territory of Kuala Lumpur) By-Laws 2016 (“2016 By-Laws”), which brought into effect the requirement of a business premises license. Pursuant to paragraph 3 of the 2016 By-Laws, any person who utilises a premise to carry out a business activity, as defined in the Schedule to the 2016 By-Laws, is required to obtain a business premise license from DBKL. Failure to comply attracts a fine not exceeding RM2,000 or imprisonment for a term not exceeding one year or both. If the offence continues, a fine not exceeding RM200 for each day during which the offence is continued after conviction.

As the operation of STA may be considered as an industry of its own, it is possible for the Penang State Government to pass a by-law requiring STA operators to register with the Penang State Government to operate as STA. The requirements for license registration could mirror the Proposed Guidelines, thereby bringing the Proposed Guidelines into effect.

In Australia, the New South Wales (“NSW”) government, in particular the NSW Fair Trading Department of Customer Service, has implemented the Code of Conduct for the Short-term Rental Accommodation Industry (“Code”). The Code lays down the rights and obligations of STRA industry participants and facilitates the oversight of the STRA industry as a whole.

The Code implements the requirement of a premises register, whereby premises used as STA must be registered on a premises register. Notably, hosts are required to take reasonable steps to ensure that guests comply with their obligations in the Code, which include not to:

Guests are also responsible for the actions of visitors that they invite onto the premises during the occupancy period. They must ensure that visitors to the premises comply with the same obligations as if they were guests on the premises.

A notable difference between the Code and the Proposed Guidelines is that in addition to the hosts, obligations are placed on booking platforms and letting agents as well. The Code represents a comprehensive guideline that regulates the STRA industry in NSW.  We believe that the Code may serve as a suitable reference point for the Proposed Guidelines moving forward.

Hotels, represented by the Malaysia Budget and Business Hotel Association (MyBHA), have refuted Airbnb’s claim that the Proposed Guidelines may affect Malaysia’s tourism industry and Penang’s economic growth. They have stated that they “do not agree [with] and refute the claim as … an accommodation through STRA is a business that does not have laws or regulations to regulate the business, and an unlicensed business is an illegal business”.[6] Based on public news sources, the hotel industry generally welcomes the Proposed Guidelines, stating that it will directly help to restore the hotel and tourism industry in Penang.

We believe that the introduction of the guidelines will improve competition in the hotel industry. STA homeowners and platforms will now be required to innovate to remain competitive with hotels.