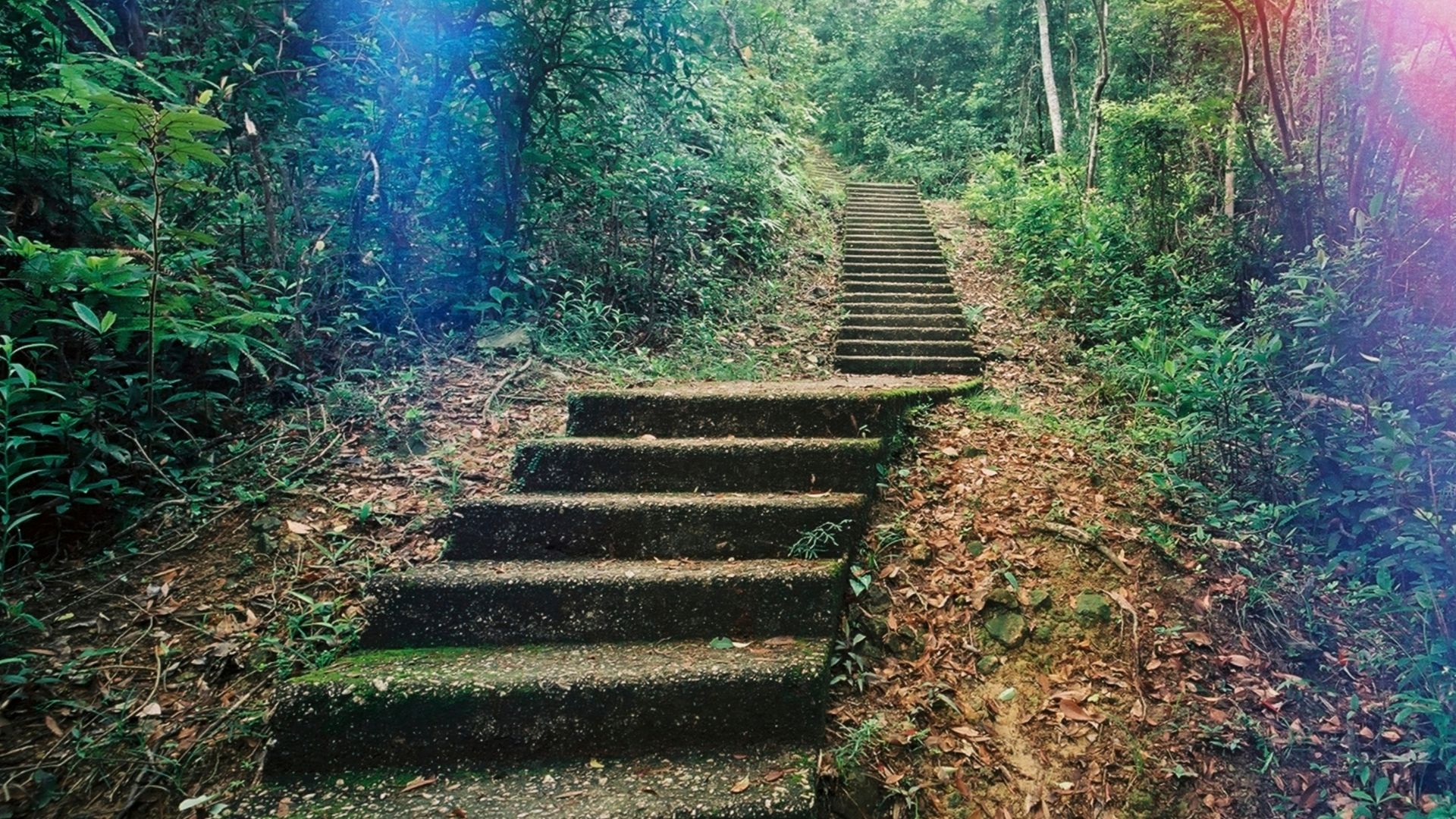 Why introduce ORFSA in Hong Kong?

Until recently, Solicitors in Hong Kong were prohibited from charging outcome related fees in arbitration.

On 17 December 2020, the Outcome Related Fee Structures for Arbitration Sub-committee of the Law Reform Commission (Sub-committee) published a consultation paper proposing changes to the law in Hong Kong to enable lawyers to use Outcome Related Fee Structures (ORFS) for arbitration in Hong Kong and elsewhere, with the objective of enabling Hong Kong to compete on a level playing field with other leading arbitral seats where some form of ORFS is permitted, thereby maintaining Hong Kong’s status as one of the World’s premier arbitration venues.

On 15 December 2021, the Law Reform Commission (Commission) released a report on ORFS for Arbitration recommending that Hong Kong law be amended by lifting the prohibition on the use of Outcome Related Fee Structure Agreements (ORFSA) for arbitration taking place in and outside Hong Kong and elsewhere.

The Sub-committee believed that such fee arrangements were attractive to clients for many reasons, such as financial management, access to justice and a general idea that lawyers in Hong Kong would be willing to share the risk inherent in arbitrating.

Moreover, after Hong’ Kong’s close competitors, London and Singapore, implemented their own version of ORFSA, it was expected that Hong Kong to do the same.

An ORFS may be defined as an agreement between a lawyer and his client under which the lawyer provides services in relation to arbitration proceedings, including any related litigation (the “Proceedings”) and receives a financial benefit if these proceedings are successful within the meaning of the agreement (see S.98ZB, Arbitration Ordinance (Cap. 609)). Three types of ORFS are permitted by the Ordinance, namely CFAs, DBAs, and Hybrid DBAs. A few definitions:

B. Damages Based Agreements (DFAs) (see S.98ZD, Arbitration Ordinance (Cap. 609)). where the lawyer only receives payment if the client is successful, the payment being calculated by reference to the outcome of the Proceedings – for example, as a percentage of the sum awarded or recovered.

C. Hybrid Damages Based Agreements (Hybrid DBAs) (see S.98ZE, Arbitration Ordinance (Cap. 609)). where the lawyer receives both fees for legal services rendered (typically at a discounted hourly rate) and an additional fee that is calculated by reference to the outcome of the Proceedings – for example, as a percentage of the sum awarded or recovered.

ORFSA, although available only for arbitration and related litigation at this stage, provides greater flexibility to lawyers and clients when agreeing retainers, and this is likely to be welcomed generally.

Secondly, ORFSA allows clients to mitigate risks by sharing risk with their lawyers. For instance:

Thirdly, ORFSA promotes access to justice. In contrast to the traditional hourly fee model, OFSA gives clients a choice as where, for example, clients who do not qualify for legal aid but who have insufficient means to finance arbitration should still be able to pursue their claims. (See The Hong Kong Bar Association’s Position Paper on Conditional Fees: A Response to the Law Reform Commission’s Consultation Paper (2006) [49])

A. Conflicts of interest

Since a lawyer who agrees an ORFSA with his client has a direct interest in the outcome of proceedings, the lawyer may find it difficult to give impartial advice without the risk of a conflict of interest, actual or apparent, between him and his client (see The Law Reform Commission of Hong Kong paper on Outcome related fee structures for arbitration sub-committee)

B. Lowered quality of service

Even if a settlement offer is less favourable than the merits of the case, lawyers may be tempted to press the client to settle to secure his fee entitlement. This may create a “wedge between the lawyer and client (and possibly the insurer involved)”. Again there is the risk of a conflict of interest between lawyer and client.

Safeguards can be used to ensure that the scheme is effective and the risk of conflicts of interest minimised.

What additional steps should firms and businesses should take when using an ORFSA?

It is foreseeable that lawyers and clients will disagree on points which they may not have fully discussed before entering into an ORFSA. To promote certainty and avoid disagreement, the following clauses can be inserted to protect the parties’ respective interests. These provisions specify the terms on which a CFA, DBA, or Hybrid DBA will operate. For example, (a) (Client’s POV): a lawyer or client should be entitled to terminate the fee agreement prior to the conclusion of the arbitration; (b) (Lawyer’s POV): provide an alternative basis (for example, hourly rates) on which the client should pay the lawyer if his retainer to terminated.

How does Hong Kong’s ORFSA differ from similar arrangements in other jurisdictions?

Singapore and Hong Kong are close competitors. Both are leading international arbitration hubs in Asia. Previously, both have traditionally banned outcome- related fee structures. Both have introduced of ORFSA. Yet, there are differences between the two regimes:

Unlike Singapore’s uncapped CFA regime, Hong Kong caps the maximum CFA uplift fee at 100% of hourly fees and caps the maximum DBA payments at 50% of the financial benefit obtained by the client to safeguard clients from unfair arrangements.

B. CFA AND DBA (Hong Kong) vs only CFA (Singapore)

Hong Kong will permit not only CFAs but also DBAs (i.e., ‘No-Win, No-Fee’ DBAs) and Hybrid DBAs (i.e., ‘No-Win, Low-Fee’ DBAs). This is consistent with the Sub-committee’s final report finding that concerns around DBAs are largely unfounded in practice and are in any event, outweighed by the benefits of providing access to justice for parties who cannot otherwise afford to pursue their claims. From a practical perspective, by allowing CFAs, DBAs and Hybrid DBAs, Hong Kong will enable arbitration users to benefit from the flexibility of being able to choose the type of fee arrangement that best suits their funding ability. Such fee arrangements can also be combined with third party funding, which is already permitted for arbitration in Hong Kong.

What changes may ORFSA bring to legal practice?

As remarked above, clients can benefit from improved flexibility afforded by ORFSA. Moreover, with an alignment of expectations between the client and the lawyer, the client may be able to save costs in comparison to the traditional hourly charging mechanism. ORFSA may therefore become a popular choice amongst clients for remunerating lawyers.

With three different mechanisms under ORFSA, it is anticipated that some law firms will seek to develop their own preferred terms to suit the needs of particular types of client. For example:

A. CFA: Large international disputes practices may be pioneers in pivoting from the CFA scheme. As they have greater resources than smaller firms they can better shoulder the risk of ‘no fee’ if the client loses. These firms may be able to afford a few losses as they have other revenue streams. At the same time, they can reap potentially large benefits if they win cases. Achieving a win for a client in a case against the odds would reinforce the international prestige of the firm. These firms are likely to be ‘risk takers’.

B. DBA / Hybrid DBA: In contrast to the above, law firms with less capital may not be able to absorb losses to fee income following a loss under a CFA. They are likely to prefer DBA/ Hybrid DBA because they provide a greater degree of security. The gains a law firm can expect from a win are relatively small in comparison to those of the CFA, just as the losses are correspondingly less. It is expected that most firms in Hong Kong will prefer this charging mechanism.

Suggestions regarding the current ORSFA proposal

Expand the coverage of ORFSA

Currently, ORFSA only applies to arbitration and not litigation (except litigation arising in respect of arbitration). Its scope could be extended to litigation and disputes generally to increase the attractiveness of Hong Kong’s ORFSA offering.

The ORFSA sub-committee invited submissions on various matters, such as the safeguards for the professional codes of conduct and regulations, whether personal injury claims and other types of claim should be treated differently and what the relevant criteria should be for fixing “success fees” under CFA.

After the appearance of ORFSA in a number of jurisdictions, it was widely expected that Hong Kong would follow suit. ORFSA is likely to be welcomed by lawyers and clients alike for the freedom of choice it provided; it can be expected to grow in popularity as parties become familiar with the types of ORFSA available and the benefits and risks associate with each. It may also be expected that ORFSA will be enlarged and enhanced in due course.

Jim has over 44 years practice experience – 38 of them in Asia, mostly in Hong Kong. He has also worked in London, South Korea, Singapore, Beijing and Shanghai.