The Singapore High Court’s recent decision in UniCredit Bank AG v Glencore Singapore Pte Ltd is the latest in a series of cases concerning claims by banks seeking to resist or recover payment to beneficiaries under letters of credit. This latest decision provides further clarity on when the underlying transaction financed by a letter of credit would be considered a sham transaction, entitling an issuing bank to refuse or recover payment. The High Court also appeared to implicitly accept the traditional position that fraud by the beneficiary is the only defence to payment once a compliant presentation is made under a letter of credit.

Letters of Credit and Recent Decisions by Singapore Courts

A Letter of Credit (“LC”) is a payment undertaking issued by a bank on behalf of a purchaser of goods, with payment to the seller conditional on the presentation of documents compliant with the LC terms. LCs are integral in providing certainty to sellers that they will receive payment for goods shipped. Consistent with this, Courts have traditionally recognised that an issuing bank has a strict obligation to make payment to the beneficiary seller, unless it can meet the high threshold of proving fraud on the part of the beneficiary

The Singapore Courts have recently had opportunities to consider the ambit of the “fraud exception” in decisions concerning letters of credit issued on behalf of now insolvent commodities trading companies Hin Leong Trading (Pte) Ltd (“HLT”) and Zenrock Commodities Trading Pte Ltd as buyers. Without recourse against the insolvent buyers who had applied for these letters of credit, the issuing banks commenced proceedings seeking to resist payments to or to recover payments from the sellers.

The former 2 decisions are discussed in detail in our earlier client update, which can be accessed at: Defences to Payment in Letter of Credit Transactions. We summarise the decision in UniCredit v Glencore below.

Pursuant to an application by HLT, UniCredit Bank AG (“UniCredit”) issued an LC in favour of Glencore Singapore Pte Ltd (“Glencore”) as seller to finance HLT’s purchase of High-Sulphur Fuel Oil (“HSFO”) from Glencore. Unbeknownst to UniCredit, HLT had contracted to sell the HSFO back to Glencore, with title to the goods passing from Glencore to HLT and immediately back to Glencore, both legs occurring simultaneously.

Unaware of the sale-and-buyback arrangement between HLT and Glencore, UniCredit made payment under the LC on presentation of Glencore’s Letter of Indemnity (“LOI”) and invoice. Following HLT’s insolvency, UniCredit commenced action against Glencore to rescind the LC and recover the sums paid thereunder. The primary arguments advanced by UniCredit were that:

The High Courtfound that notwithstanding the simultaneous sale and buyback, the Sale Contract was not a sham. A sham transaction is one where parties have a common intention that the transaction documents are not to create the legal rights and obligations which they give the appearance of creating. In contrast, the rights and obligations under the Sale Contract were real and indeed performed by Glencore and HLT. In this regard, Glencore transferred title to the goods to HLT, and HLT applied to UniCredit for the LC to make payment to Glencore.

The High Court cited CACIB v PPT, and endorsed the principles therein, that: (a) the parties’ motives for entering into the transaction is not determinative of whether the transaction is a sham, and “round-tripping” or “financing” transactions could be genuine, and (b) the fact that parties do not expect to perform certain obligations such as delivery of original shipping documents does not mean that the transaction was not genuine or that title did not pass.

The High Court found that both HLT’s and Glencore’s motive of obtaining financing did not make the sale-andbuyback transactions shams. Further, although Glencore did not perform the obligations to deliver the goods and the bills of lading (“BLs”) to HLT, these obligations were real because Glencore had an intention to fulfil them if the circumstances required it or if HLT requested the same. The parties simply did not expect these obligations to be performed because the goods had been repurchased by Glencore.

The High Court in UniCredit v Glencore found that neither Representation was made by Glencore to UniCredit, and UniCredit did not have a cause of action in fraudulent misrepresentation against Glencore:

The recent decision in UniCredit v Glencore affirms that circular transactions, even those entered into to raise financing, can be genuine and are legitimate. It also appears that the Courts are reluctant to imply representations by LC beneficiaries beyond the plain words of the documents presented to the issuing bank under the LC, given that the format of these documents (and the LOI in particular) are prescribed by the issuing bank. These findings may well have an impact on commercial trade as well as dealings between issuing banks and beneficiaries.

UniCredit v Glencore appears to confirm the traditional position endorsed in DBS Bank Ltd v Carrier Singapore (Pte) Ltd [2008] 3 SLR(R) 261 (“DBS v Carrier”) that only fraud by the beneficiary will relieve an issuing bank of its absolute duty to make payment upon receiving documents in conformity with the LC.

In BOC v BP, BOC, the LC issuing bank, claimed against BP as the beneficiary to recover the sums it had paid under the LCs and BP applied to strike out BOC’s claims. The Honourable Judicial Commissioner Andre Maniam (as he then was) (“Maniam JC”) held that no part of BOC’s claim should be struck out and that BOC’s negligence claim and parts of the unjust enrichment claim which were not grounded in fraud should be permitted to proceed to trial. Maniam JC found that while an issuing bank cannot refuse to make payment under an LC in the absence of fraud, it was arguable that an issuing bank could rely on negligent misrepresentation to recover payments made under an LC. Maniam JC’s findings appear to depart from the long-established position endorsed in DBS v Carrier.

However, in the subsequent case of CACIB v PPT, the Singapore International Commercial Court (“SICC”) held that a beneficiary owes no duty of care to an issuing bank. The SICC cited DBS v Carrier for the proposition that an issuing bank cannot rely on the beneficiary’s negligence, even when seeking to recover payment under an LC. This statement of law in CACIB v PPT stands in contrast with Maniam JC’s decision in BOC v BP.

UniCredit v Glencore was another decision by the Honourable Justice Andre Maniam (“Maniam J”). Maniam J’s decision in this case was limited to causes of action grounded in fraud of the beneficiary, Glencore. This suggests an implicit acceptance that fraud by the beneficiary is the only ground for recovering payment made under a LC. It should be noted, however, that Maniam J’s decision may have been so limited due to UniCredit not having pleaded Glencore’s negligence.

Maniam JC’s decision in BOC v BP can be reconciled with the other seemingly contrasting decisions because it was decided in the context of a striking out application. An applicant in a striking out application must meet the high threshold of showing that the claim is plainly and obviously unsustainable and there is no real chance of success at trial. Maniam JC accepted that it is arguable that an issuing bank could rely on negligent misrepresentation to recover payments made under an LC and was reluctant to summarily determine this issue. It remains to be seen how the Court will decide these issues if the parties in BOC v BP proceed to trial.

Following these recent decisions, there remain some unanswered questions and issues on which pronouncement by the Court of Appeal would provide useful guidance. These include the proper ambit of the fraud exception and the grounds issuing banks may rely on to resist or recover payments to beneficiaries under LCs. The SICC’s decision in CACIB v PPT was appealed to the Court of Appeal, and this appeal was heard by the apex court recently. We can expect the Court of Appeal’s decision in due course, as well as further clarifications and developments in this fast-evolving area of the law. 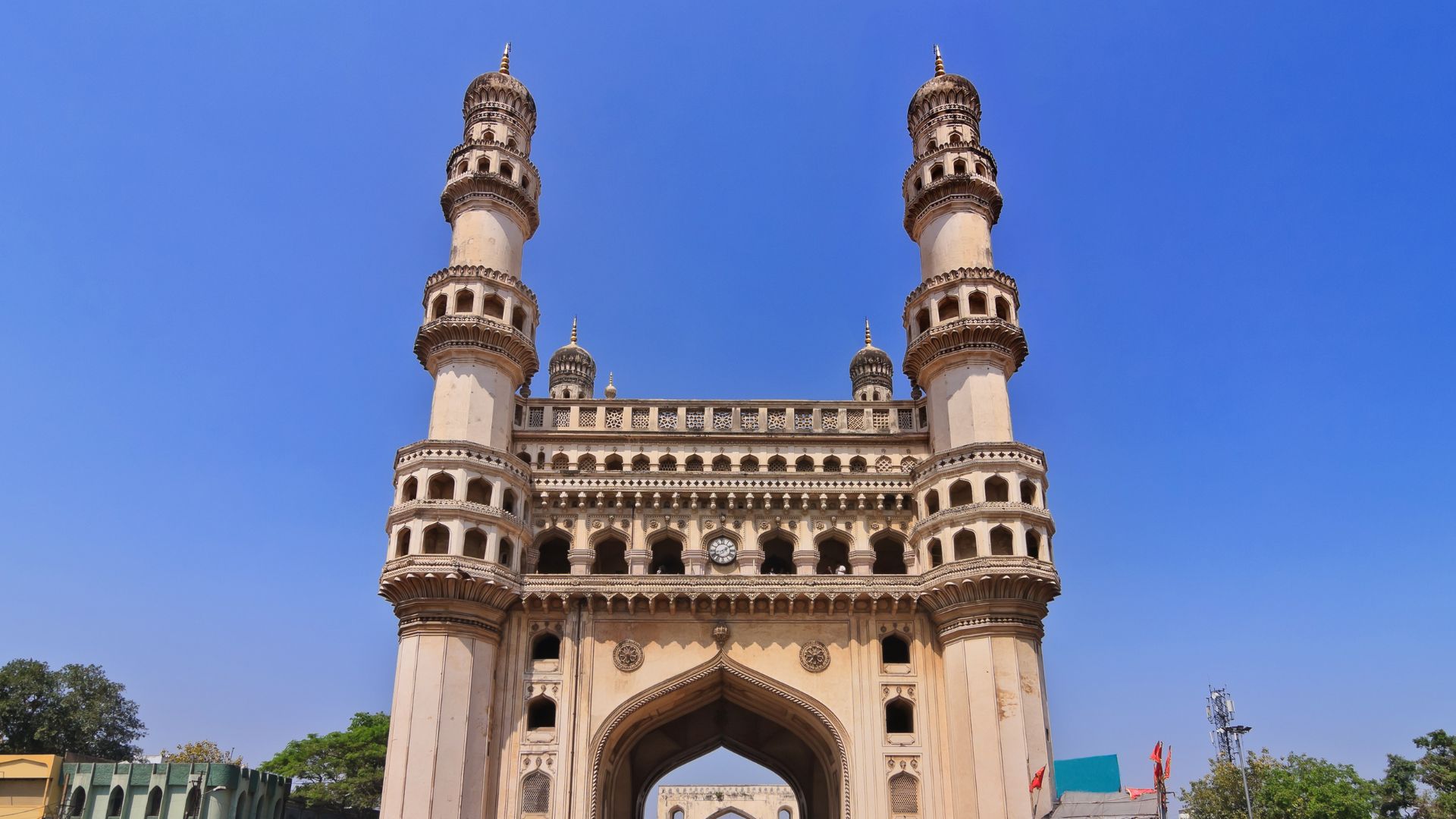 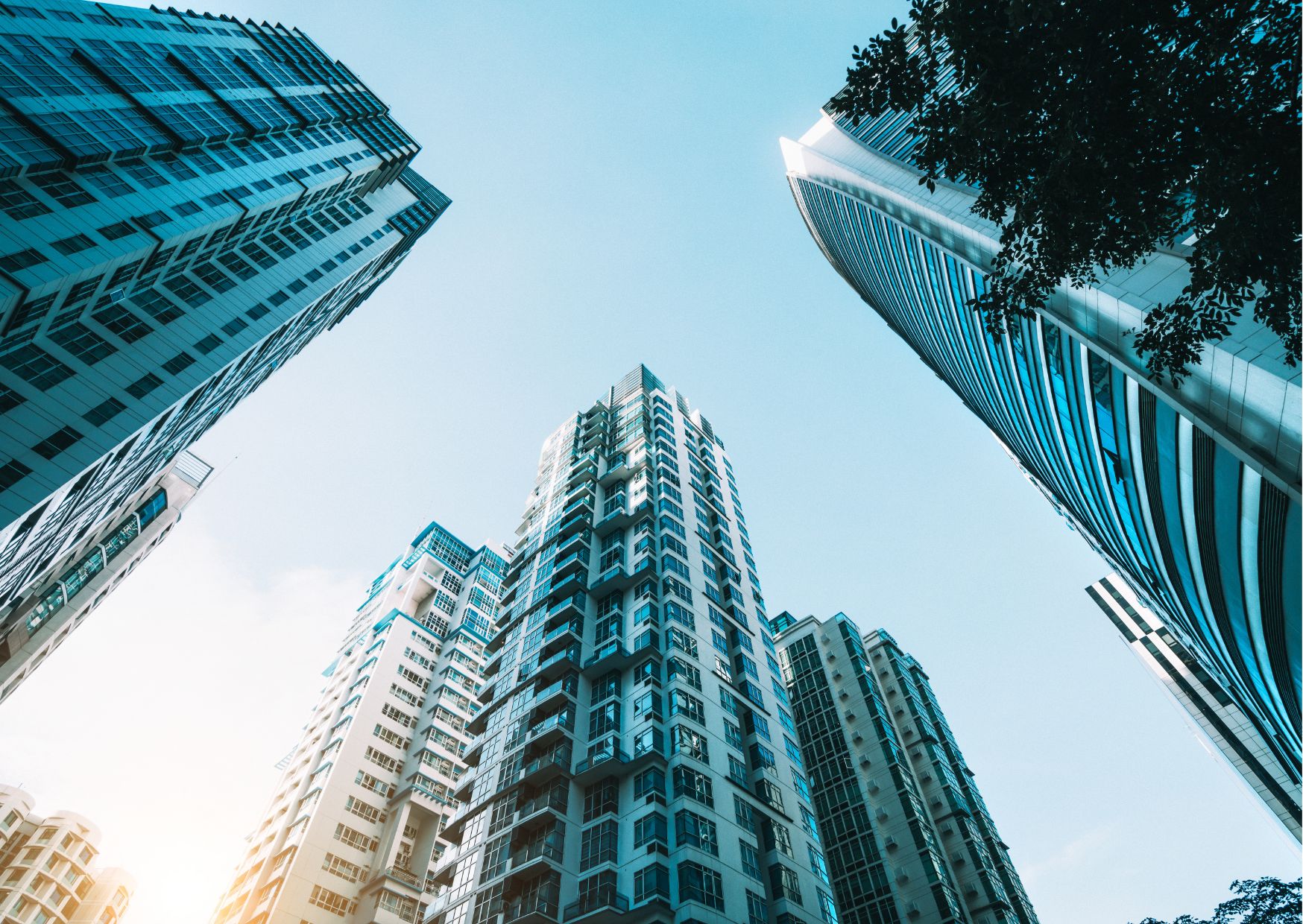 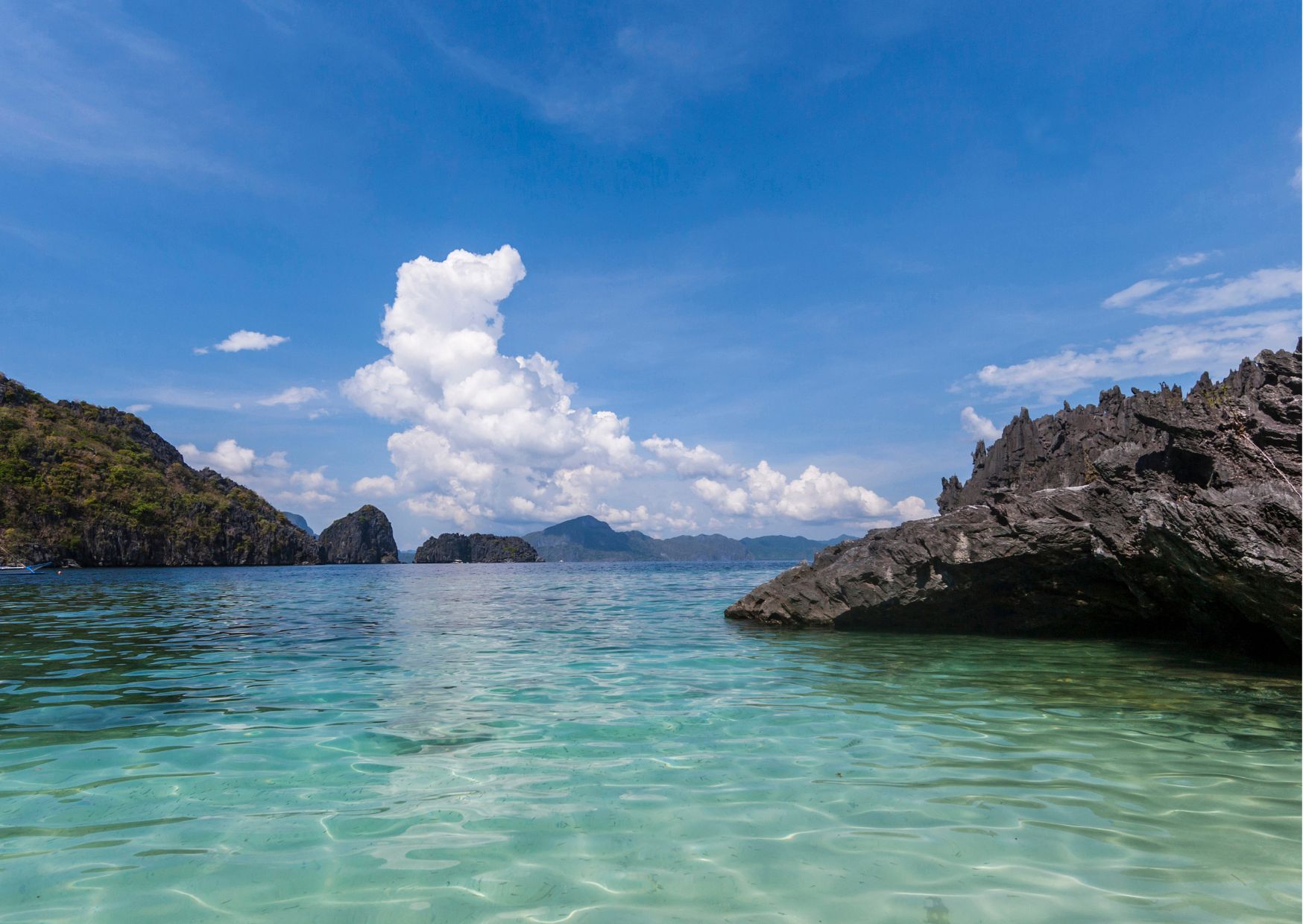 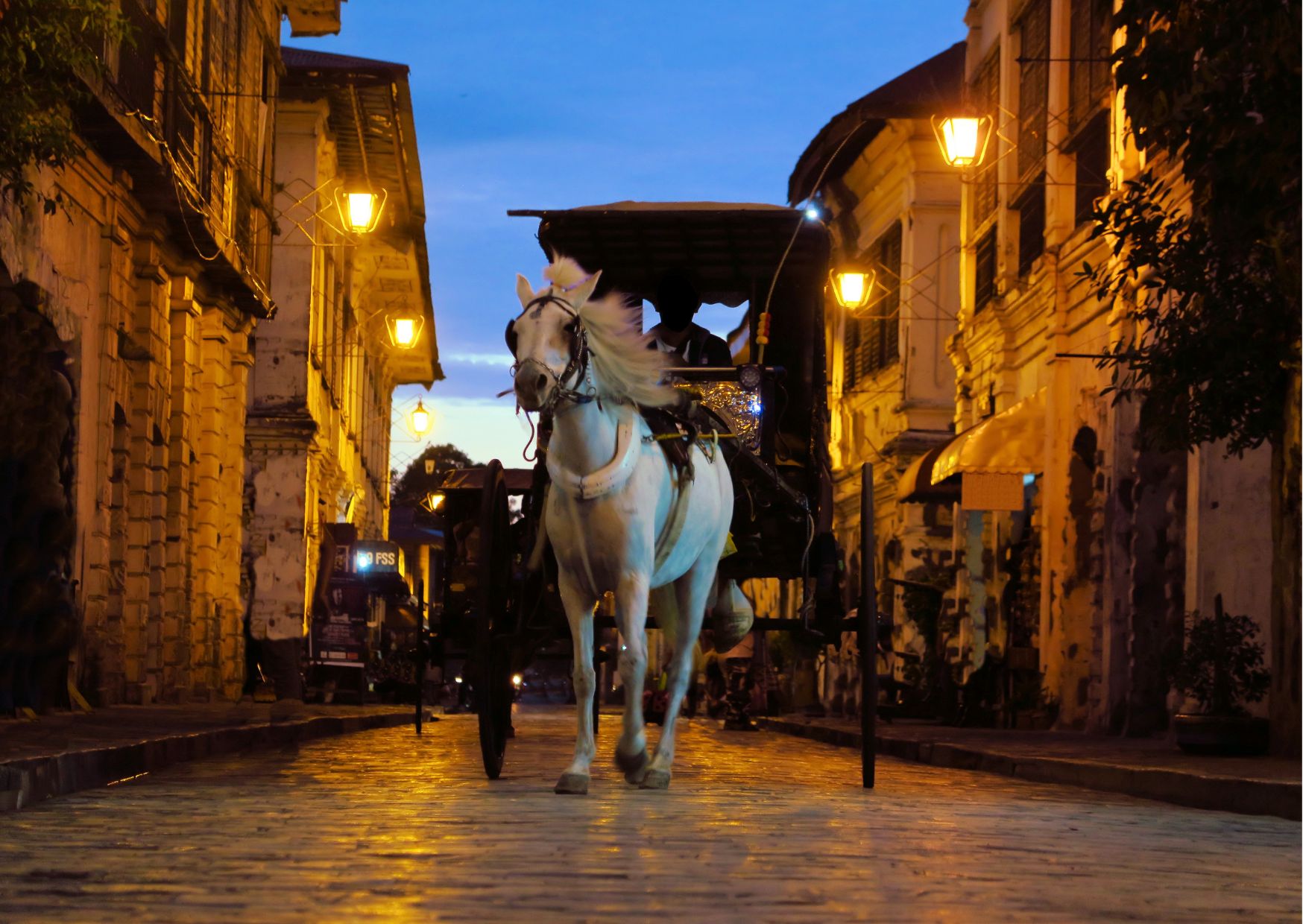 Malaysia – Nature And Trends Of In-bound Investment In Penang.