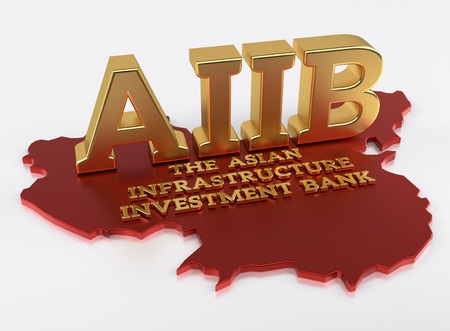 On 16 January 2016, the Asian Infrastructure Investment Bank (AIIB) was declared open for business at its inaugural meeting in Beijing. The China-led AIIB aims to support infrastructure construction in the Asian region by providing finance and professional advice to governments and the private sector. With the promise to facilitate sustainable economic growth, improve infrastructure networks, and create wealth in Asia, we have analysed what the introduction of the AIIB may mean for the construction industry and the region.

What is the AIIB?

The AIIB is a multilateral development bank (MDB) based in Beijing.

MDBs are international organisations created by multilateral treaties. In essence they are international financial institutions that facilitate national development. Each MDB is a separate entity, has its own focus and its own rules and procedures.

The AIIB will focus on the development of infrastructure and other productive sectors in Asia, including energy and power, transportation and telecommunications, rural infrastructure and agriculture development, water supply and sanitation, environmental protection, urban development and logistics. It is not the only MDB with such an aim. For example, in 2011, the Asian Development Bank created the ASEAN Infrastructure Fund, which to-date has made USD 485.3 billion in equity contributions.

The case for the AIIB

The AIIB was proposed by the government of China in 2013 due to the infrastructure funding gap in the Asia. In 2010, the Asian Development Bank Institute estimated that the Asian region required USD 8 trillion to be invested in infrastructure over 10 years for the region to continue economic development. To that end the bank's Articles of Agreement disclose that it has two primary purposes:

From a global perspective, the OECD has estimated that the global infrastructure gap is set to reach USD 70 trillion by 2030. The AIIB aims to reduce Asia's share of this gap by creating a nexus between the strong capital markets in the region and the significant requirement for infrastructure development.

The structure of the AIIB

Of the 57 founding members of the AIIB, China is the top contributor, with a 29.78% stake in the AIIB's share capital. It invested a further USD 50 million at the opening ceremony of the bank.  Australia contributed USD 720 million for a 3.69% stake, making it the sixth largest contributor, behind India, Russia, Germany and South Korea. Pending its own parliamentary endorsement, Singapore will become a member of the AIIB by contributing USD 250 million, or 0.25%, of AIIB's authorised capital of USD 100 billion.

Notably, the United States and Japan – the first and third largest economies in the world – have declined to join the bank, citing concerns over potential operational practices and policies, and the competition it could provide to existing MDBs. However, China insists the AIIB will address regional development challenges by working collaboratively with other MDBs and that it will promote regional cooperation, despite concerns that it will compete with, rather than complement the work of the World Bank and the Asian Development Bank.

The function of the AIIB

The AIIB intends to facilitate sustainable economic growth, improve infrastructure networks across Asia and create wealth by promoting and encouraging public and private investment in infrastructure and other productive sectors such as energy and power, transportation and logistics.

It will focus primarily on financing specific projects or investment programs, equity investments and guarantees. It is mandated to make, co-finance or participate in direct loans, as well as:

In addition to the capital provided by its members, the AIIB will benefit the regional debt capital market by raising funds primarily through the issuance of bonds in financial markets and through inter-bank market transactions.

As well as financial assistance, the AIIB may also provide technical advice and assistance.

What does the AIIB mean for the construction industry and the region?

Only time will tell whether the AIIB will live up to its vision of taking Asia's infrastructure into the 21st century, whilst all the while promoting regional cooperation and partnerships. On one view, the bank is merely seeking to replicate the way in which other MDBs currently operate in the region, albeit with a strong Chinese influence. On the other hand, given the strong influence of China on the AIIB, it is likely to prove to be the most effective vehicle to mobilise Chinese investment in the developing states of Asia

The bank's Board of Governors and Directors held their first meeting on 16 – 18 January 2016 and approved key policies, such as the 2016 business plan and budget. Mr Jin Liqun, a Chinese banker and politician, was also elected as President of the bank for a five year term. The first projects are expected to be submitted for approval in the second quarter of 2016 and the AIIB is aiming to lend USD 10-15 billion a year for the first five or six years of operation.

Recent reports suggest that senior management positions within the AIIB will be occupied by nationals from a variety of countries. The five vice-president positions are expected to be filled by nationals from Germany, Britain, India, South Korea and Indonesia, with the German vice-president anticipated to hold the position of chief operating officer.

The AIIB's progress will continue to be of interest to all regional players in the construction industry. Clyde & Co's Global Projects and Construction team has extensive experience advising on infrastructure and other projects in Asia and will provide updates as they arise. Please contact us if you require any further information in relation to this article.