Twin Measures – The Philippines Competition Act And Amendments To The Cabotage Laws. 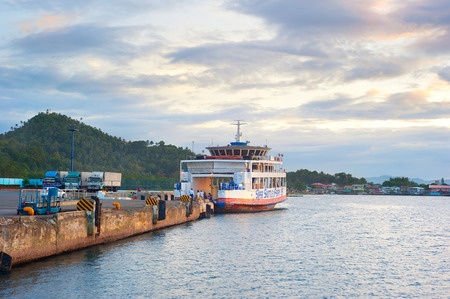 The Twin Measures are (i) The Philippine Competition Act, which opens competition on its commercial waterways and (ii) the Foreign Ships Co-Loading Act, which amends the 50-year-old Cabotage law to allow foreign ships carrying imported cargo and cargo to be exported out of the country the ability to dock in multiple ports.

Cabotage is defined as the carriage or transportation of passengers or cargo between two points within a country via sea, air or land transport by a vessel or vehicle registered in another country. The Philippines adopted the cabotage principle from the US Jones Act of 1920 whilst it was under United States’ colonial control. The Republic Act of 1937 enacted in 1957 continued the adaptation of the said principle. Under the cabotage law, only domestic shipping lines can serve domestic routes.

The twin measures are aimed at decreasing transportation costs, and to allow foreign operators to ship domestic cargoes within Philippines sovereign territories. Foreign carriers will now be able to compete on an equal level with the few local players that have dominated the market, which is likely to improve efficiency.

Foreign shippers, importers and exporters will no longer require engaging the services of a domestic shipper for the

transshipment of a foreign cargo from one port to another port within the Philippines. This will enhance the competitiveness of importers and exporters in international trade and reduce the shipping costs of imported and exported cargoes to the benefit of consumers.

Cabotage in the Philippines resulted in high local shipping costs, because of the absence of competition within the local shipping industry. According to a study published by state think tank. The Philippine Institute for Development Studies (PIDS), the absence of competition has resulted in "high cost of transporting raw materials to manufacturing sites, finished products and agricultural goods to various destinations, and imported products to distribution areas, thereby increasing operational costs that are passed on to consumers as high prices”. A study by the Joint Foreign Chambers of Commerce in the Philippines (JFCCP) also showed the high cost of domestic shipping in the Philippines when compared with the cost of shipping via foreign transshipment.

Senate President Franklin Drilon said the new laws would help the country face the challenges and seize the opportunities that would arise from the Association of Southeast Asian Nations (ASEAN) market integration in December.

“A new anti-trust law and an amended Cabotage law is just what the doctor ordered, so to speak, since our laws and policies need to be more than capable if we are to fully capitalize all the prospects for economic growth that the AEC (ASEAN Economic Community) will bring,” Drilon said in a statement.

Under the law, a Philippine Competition Commission (“PCC”) will be established within 60 days from the signing of the law and the President will appoint a chairperson, four commissioners and an executive director. The independent quasi-judicial body is tasked with vast powers and herculean responsibilities under the law. It will be established to enforce a national competition policy prohibiting anti-competitive agreements, abuse of dominant position, and anti-competitive mergers and acquisitions.

The PCC can impose penalties against entities that engage in unfair business practices with fines reaching up to P250 million, with amounts adjusted for inflation every five years. Offenders may also face up to seven years in prison. However, no penalties will be meted out within the first two years of implementation in order to give firms found guilty time to restructure and reform.

It is evident that both bills create a level playing field and will reduce cost in domestic shipping with everyone now on an equal footing as the law penalizes anti-competitive agreements and abuses by dominant players. More importantly it benefits the consumers in Philippines who will potentially get better goods and services at a better price.

Senate President Franklin M. Drilon is of the view that

"By allowing foreign ships access to other ports in the country, the amendments will spur economic activity in these areas beyond Manila, and help free up space and decongest the port of Manila, which before was the only place in the country where these foreign ships could load and off-load their cargo”. 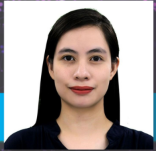