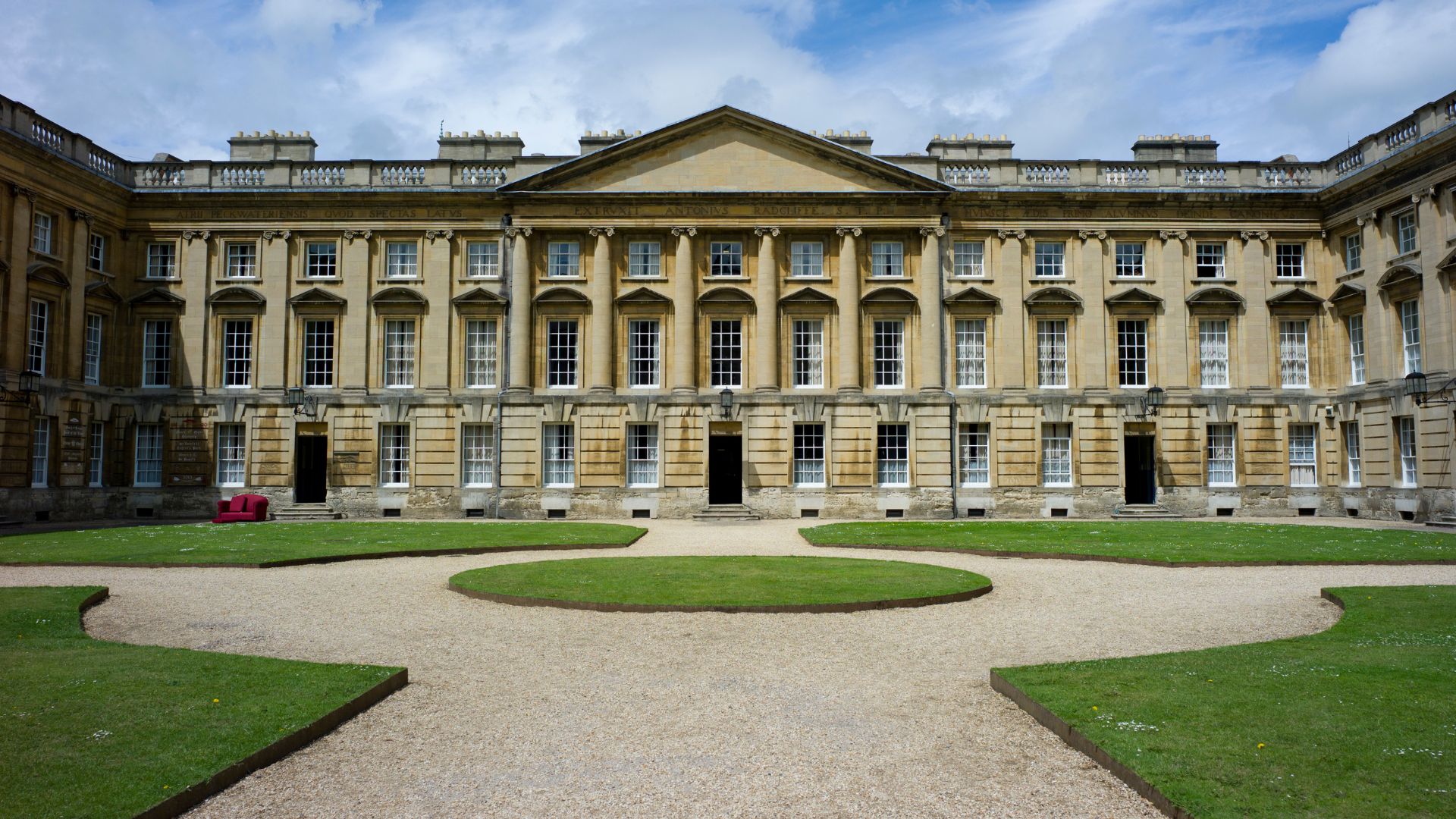 UK – Payments Regulation And The Systemic Perimeter: Consultation And Call For Evidence.

On 20 July 2022, HM Treasury published a consultation and call for evidence on the government’s approach to reforms to the payments regulatory landscape, including the systemic payments perimeter of the Bank of England (BoE).

This consultation follows a commitment by the UK government (Government) made in the October 2021 Payments Landscape Review, where the Government had then announced its intention to bring systemically important entities operating within the payment chain under the supervision of the BoE.

What’s the discussion about?

The consultation explains (i) why it is sensible to review the applicability of the BoE’s existing regulatory perimeter over payment systems; (ii) the Government’s principles vis-a-vis the implementation of any required reforms; and (iii) potential adjustments to the framework of the Banking Act 2009 (the Banking Act).

Separately, the consultation seeks views on: (i) exploring a potential expansion to the scope of the Senior Managers & Certification Regime so as to cover the regulation of payments; and (ii) the implementation of the changes to the current regulatory framework of the Payment Systems Regulator (PSR), as set out in the Financial Services (Banking Reform) Act 2013.

The consultation has been divided into five (5) main chapters. We have set out the key findings for each of those chapters in our analysis below.

In its October 2021 response to the ‘Payments Landscape Review’ the Government recognised that the payments sector has seen a significant transformation, facilitated widely though legislation, and wider technological innovation and evolving user preferences.

Even though the regulatory perimeter for payments has evolved since 2009, including through the adoption of the Electronic Money Regulations 2011 (EMRs), the Financial Services (Banking Reform) Act 2013, and the Payment Services Regulations 2017 (PSRs), there is currently no regulation that applies universally to all actors across the payment chain that may pose systemic risks to the financial system or to the UK economy.

For that reason, the Government has considered an amendment to the scope of the Banking Act to accommodate systemic market actors throughout the various payment chains. The revised Banking Act would need to: (a) be agile and capable of providing for recognition of entities operating via different business models; (b) recognise entities offering systemic payment activities in their own right, rather than only focusing on payment systems and associated service providers to said systems; (c) preserve the existing recognition process whereby the Treasury is responsible for recognising systemic entities; and (d) maintain a high bar for bringing a firm into the supervision of the BoE.

Chapter 2: The scope and regulatory framework of the Banking Act 2009

Expanding the scope of the systemic payments perimeter

To date, the only entities that are systemically regulated, due to their potential impact on the stability and/or confidence of the financial system or the UK economy, are payment systems and their associated service providers.

The Government has suggested broadening the scope of the Banking Act through the introduction of an additional category of payment services provider. This would result in the following expanded scope of the systemic payments perimeter:

In line with the current process prescribed in the Banking Act, HM Treasury would need to consult the BoE and other relevant regulatory authorities, including the FCA, prior to the recognition of any new entity as being systemically important.

Under Part 5 of the Banking Act, the BoE already has wide powers in publishing regulatory principles and issuing codes of practice or directions in relation to those systemic payment systems and service providers it supervises.

As the payments landscape continues to evolve, the Government is of the view that there could be instances where the BoE may need to apply a limit on an activity of a recognised payment entity. To avoid confusion or legal uncertainty, the BoE expects that any forthcoming legislation would also set out the (exceptional) circumstances in which such a power would apply.

In relation to location requirements, the Government has clarified that it does not intend to create an automatic or ex ante location requirement for an entity recognised under the Banking Act to be established in the UK. The BoE will instead be able to apply such a requirement on a case-by-case basis by having regards to the systemic risk profile of a particular entity. In this respect, the Government welcomes evidence on the regulatory position and the varying establishment requirements that are currently applicable between the different types of payment services and e-money firms. HM Treasury is also interested in understanding whether the FCA’s lack of clarity in relation to the circumstances under which business is deemed to be conducted in the UK poses any consumer protection concerns.

Managing the c0-supervisory responsibility between the BoE and the FCA

HM Treasury has highlighted the need to set out clearly how the BoE and the FCA would co-supervise those within the widened regulatory perimeter. The new regulatory framework must provide clarity and delineation between the authorities, avoid regulatory duplication, and ensure meaningful cooperation.

Extending the approach proposed for systemic stablecoins used as a means of payment in cases of regulatory co-supervision.

As part of the Financial Services and Markets Bill, the Government has proposed to establish a regime for stablecoins used as a means of payment that sets out the applicable regulatory requirements in cases where a stablecoin issuer or provider is regulated by more than one regulator. By way of illustration, this could occur where an entity is authorised by the FCA as an electronic money institution, whilst also recognised as a systemic operator subject to the BoE’s oversight. The new regime will ensure that the regulators have the ability to set regulatory standards with respect to their respective objectives, subject to a duty to cooperate.

The Government also intends to establish mechanisms to further clarify how the respective regulatory authorities can work together in the joint supervision of the regulatory framework for stablecoins, where used as a means of payment by: (i) requiring the regulators to set out how they will work together through a memorandum of understanding; (ii) applying a duty of cooperation between the BoE, the FCA, the PRA, and the PSR in exercising their respective functions; (iii) requiring the BoE to issue a high-level policy statement that will provide for an indication of the matters the BoE may be considering in exercising its powers over stablecoin payment systems or service providers, and the procedures it intends to follow; and (iv) providing the BoE with the power to prevent the FCA from taking specific action in relation to systemic entities.

In instances where co-supervised systemic payments entities were to fail (i.e., become insolvent), these entities would need to be overseen by the BoE, meaning that the Financial Market Infrastructure Special Administration Regime (FMI SAR) should take precedence over the Payments & Electronic Money SAR (PESAR).

Chapter 3: The FRF Review: Considerations for the regulation of payments

The ability of the FCA and, to a lesser extent, the PSR, to establish direct regulatory requirements in relation to retained EU payments law is currently restricted. For that reason, the Government has now proposed that the FCA is granted with a general rulemaking power with respect to payments and e-money, whereas the PSR has an enhanced power of direction in relation to retained EU law.

The Government has sought feedback on a potential expansion of the Senior Managers & Certification Regime to recognised payment entities within the BoE’s regulatory perimeter, as well as on views on whether the Regime could possibly cater for a differentiated treatment of the various actors in a way that would be commensurate to the firms’ size, reach and risk profile.

The Government has stated that, as a matter of principle, a potential expansion of the Senior Managers & Certification regime to recognised payment entities would be in line with the “same risk, same regulatory outcome” rationale that has also underpinned the expansion to the BoE’s systemic regulatory perimeter.

This Government’s proposal is also consistent with the view previously articulated by the FCA, which had noted in its October 2021 annual perimeter report that the applicability of the Senior Managers & Certification Regime to the payment services and e-money sector has the potential to “enhance individual accountability and governance within firms” and strengthen the FCA’s ability to supervise such firms by providing the regulator with a wider range of tools to drive higher standards and mitigate consumer harm-related risks.

Chapter 5: Revisiting the legislative framework in respect of the PSR

The PSR’s statutory mandate over payment systems is primarily governed by Part 5 of the Financial Services (Banking Reform) Act 2013. The PSR’s supervision applies to payment systems designated by the Treasury, an approach which the government considers helpful in ensuring that regulation is targeted and proportionate, while remaining adaptable over time.

Since 2017, the PSR also has also been responsible for ensuring proportionate, objective, and non-discriminatory access to payment systems as well as for the oversight of ATM operator’s withdrawal charges. The PSR is also the leading authority for the supervision and enforcement of the Interchange Fee Regulation 2015.

The Government has opined there is a need to review the functioning of the PSR’s regulatory framework by: (i) simplifying the regulatory regime governing access to payment systems; (ii) providing the PSR with the means to vary or revoke existing directions, in a way that will be consistent with the approach adopted for other authorities; (iii) enabling the PSR to impose a penalty on designated systems and their participants for providing ‘misleading information’; (iv) clarifying the routes of appeal against the PSR’s decisions by instigating a deadline of two (2) months from the date on which the appellant was notified on the decision made by the PSR; (v) establishing restitution powers for the PSR that would allow the regulator to apply to the court for a restitution order requiring supervising firms to pay specifically calculated amounts to affected persons by way of redress for their misconduct; (vi) adding the PSR into the list of regulators which are required to make arrangements for the investigation of complaints made against it stemming from the PSR’s exercise or failure to exercise its relevant functions.

The consultation will remain open for twelve (12) weeks, until the close of business on 11 October 2022 and HM Treasury has welcomed responses from all stakeholders, notably from payment institutions, PSPs, financial institutions, businesses, consumer groups and trade associations.

Our Payment Services Regulatory team will be monitoring next steps in the consultation process and shall keep you up-to-speed with the latest developments.

IF YOU WOULD LIKE TO READ BIRD & BIRD’S PREVIOUS ALERTS, PLEASE CHECK OUT OUR PAYMENTS WEBPAGE HERE

[1] For more information, see our recent B&B alert on this topic.