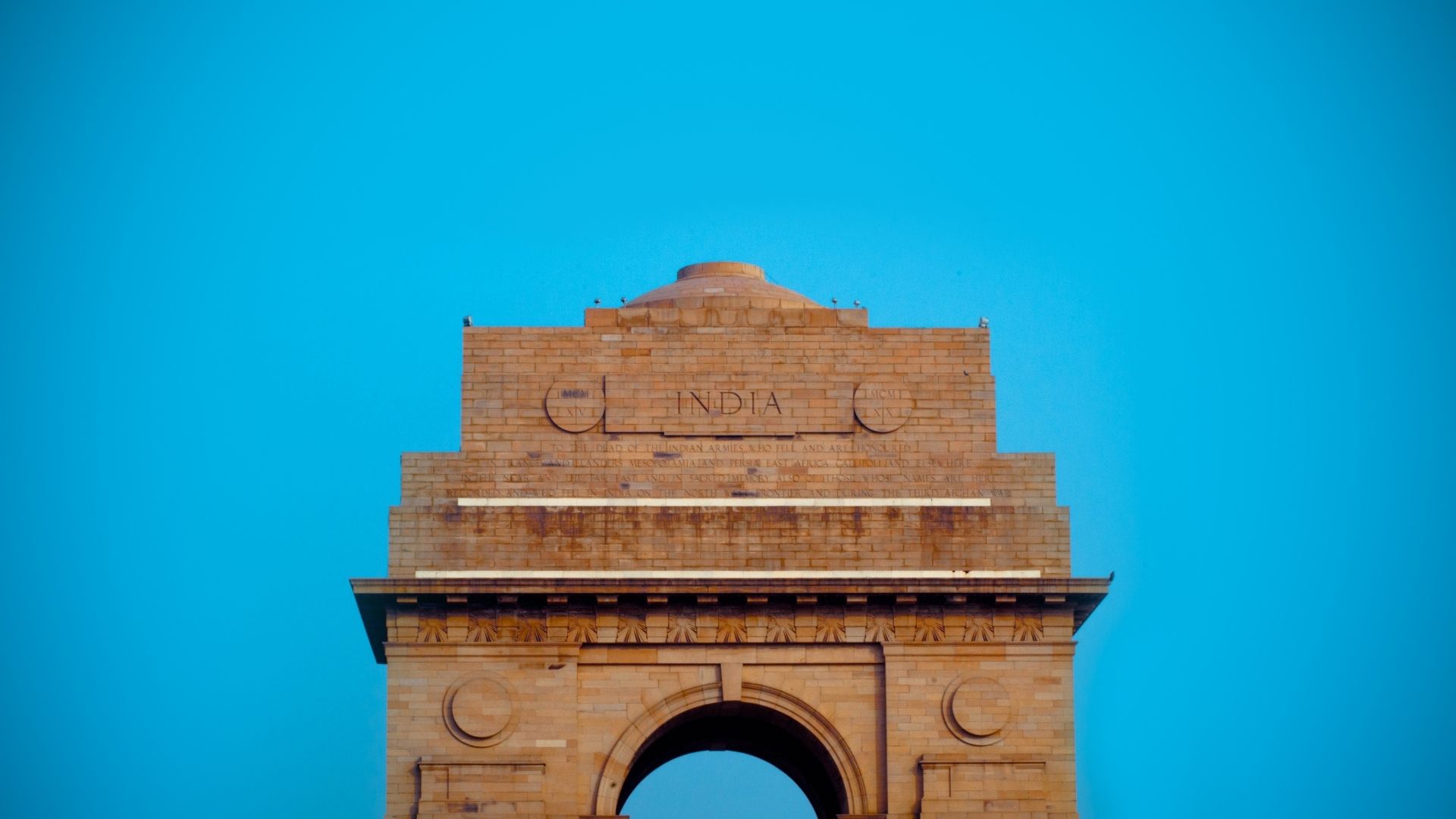 “What’s in a name? That which we call a rose by any other name would smell as sweet.”

This Shakespeare line in Romeo & Juliet is good so long as it means name is nothing but a name. However, in the corporate world, acquired and fancy names play a niche role to create a market space for a product. Consumer purchasing choices always roam around the well-known trademarks of brand names, which are protected under intellectual property law.

With the upward trend of using the internet for retail purposes, domain names have acquired a significant place in the digital market. In corporate transection, domain names are being extensively used to establish a unique identity. Some organizations use a domain name that corresponds to their name to help internet users locate them easily. At times, domain names are clubbed with trademark rights for due diligence.

Simply stated, a domain name is a web identification string that defines a realm of administrative autonomy, authority or control within the internet. As a computer application, domain names are used in many networking contexts and for application-specific naming and addressing purposes. Basically, a domain name identifies a network domain, or it locates an internet protocol (IP) resource, such as a personal computer used for internet surfing, a server used for hosting a website, the web site itself or any other service available through the internet.

As early as 1985, the computer manufacturer Symbolics registered symbolics.com, which became the first internet domain name. In 1986, companies like Nike, Xerox, HP, IBM, Sun and Intel registered their domain names. Apple joined this race two years later. As of March 2021, 363.5 million domain name registrations had been made across all top-level domains. Covid-19 lockdowns have brought the digital marketplace to the forefront, with buying behaviour shifting to online. This trend is going to be the future of retail.

Cyberjacking of trade names and trademarks

Of late, unscrupulous cybersquatters are “cyberjacking” well-known tradenames through registration of domain names. They have no intention of using these domain space for their business. In fact, they cyberjack the trademarks of unwary companies and sell them at hefty prices. The cyber trade wars are now being fought with these cyber squatters over domain name disputes.

At times, cybersquatters use misspelled or distorted catchy words in the domain name to hoodwink consumers to sell low-quality goods or services by diverting traffic to their domain site. For instance, electronicsboutique.com was cybersquatted by John Zuccarini, who owned two confusingly similar domain names in electronicboutique.com and electronicbotique.com. In this case, the U.S. District Court for the Eastern District of Pennsylvania lifted the veil of Zuccarini’s attempted misspellings and held that Zuccarini had intended, in bad faith, to profit from the domain misspellings and barred him from using the names. The court also ordered payment of statutory damages and attorney fees incurred by Electronics Boutique. Under the Anti-Cybersquatting Consumer Protection Act of 1999, Electronics Boutique’s trademark owner was able get a favourable order from the court.

The Indian position on domain names

Courts in India and other jurisdictions have often ruled that not every cybersquatting of a trademark is wrong. Courts are grappling to determine whether the alleged cybersquatted is trying to divert traffic from a trademark owner or has a good faith basis for believing that he has a right to a particular domain name. Adopting trademarks of others as domain names is not always cybersquatting. Moreover, every domain name dispute is not as clear like the Electronics Boutique case.

Courts in India are struggling to resolve cyberjacking cases in the absence of such an anti-cybersquatting consumer protection law. For instance, in People Interactive v. Vivek Pahwa,the domain name disputewas between shaadi.com and secondshaadi.com. In this dispute People Interactive (plaintiff) sought to restrain Vivek Pahwa and others (defendants) from using the domain name secondshaadi.com in any manner, including as part of the domain name for their web-based matrimonial services. Shaadi is a word which means wedding in India and Pakistan.

The plaintiff also sought to restrain the contesting defendants from passing off their website as that of the plaintiff. The final relief sought was to restrain Defendant No. 5, a webhost and domain name registrar, from hosting the defendants’ website, and to direct it to de-register or terminate the defendants’ domain name registration. In this case a bench of the Bombay High court expressed its difficulty on the domain name shaadi.com in clear terms when it was stated that:

21. The real difficulty is that shaadi.com is an address. It is the internet equivalent of a physical or terrestrial address. It directs a user to a particular part of the Web where a domain name registrant stores and displays his information, and offers his services. A physical mailing address can never be a ‘trademark’, properly so-called. “10 Downing Street” or “1600 Pennsylvania Avenue” are not trademarks. A web address is, technically, a mnemonic, an easy-to-recall replacement for a complex string of numbers that represent the actual internet protocol address (or addresses) where the website in question is to be found. [Emphasis added]

Taking this preposition further, the bench ruled that domain name shaadi.com “being generic, commonly descriptive and an Internet address, the slightest differentiation is enough.”

Giving its ruling in favour of secondshaadi.com and denying an injunction to shaadi.com, the court in clear terms held that:

34. The plaintiff’s claim fails on all counts. Mr. Khandekar begins, as I have noted, with the statement that shaadi is purely descriptive, an argument that Mr. Dhond later attempted to step back from, contending that the mark is inherently distinctive, i.e., not descriptive. I believe, prima facie, that the plaintiff’s mark is generic and commonly descriptive, and it is an address of an internet destination. There is no question of it ‘now’ referring exclusively to the plaintiff’s website; it never pointed to anything else. But that does not make it a trademark. Being generic, commonly descriptive and an internet address, the slightest differentiation is enough. Absent any proof of passing off or deceit (as in the other two cases), I do not see how the plaintiff is entitled to an injunction. On the question of proof of passing off and deceit, I am bound by the decision of Menon J in Raymond Ltd. [Emphasis added]

On the argument of the plaintiff relating to acquiring of the secondary meaning, the bench quipped that:

When Mr. Khandekar says shaadi.com has acquired a ‘secondary meaning,’ he must say what precisely was the primary meaning now said to be lost. That is not explained. It cannot be explained. The reason is plain and direct. That primary and only meaning was nothing more than a destination on the internet. It was never first a trademark later used to signpost an internet destination, which is a very different thing and is true of other marks such as, say, kodak.com, nikon.com, polaroid.com or xerox.com. Shaadi.com came into being only as an internet address, and there it remains.”[Emphasis added]

In the Indian context, the domain name disputes discussed above, in fact, arose where trademarks are obtained using domain name.In this case, the bench observed that a domain name is the terrestrial address of a business on the internet where it directs a user to a particular part of the web where the particular domain name of the registrant stores and displays all the necessary information, offers and service available on the internet.Thebench also observed that a physical mailing address can never be a trademark, properly so-called. 10 Downing Street or 1600 Pennsylvania Avenue are not trademarks.

However, in certain cases where a trademark is adopted as a domain name, it may qualify for full protection as a trademark, but this is true only in cases where it was registered first as a trademark and later used to signpost an internet destination, like in marks such as kodak.com, nikon.com, polaroid.com or xerox.com.

However, the reverse is not considered a good preposition in domain name disputes, as we have seen in the shaadi.com case The use of a trademark as a domain name may elevate its status as a pseudo intellectual property right but its lack of ownership status would always keep it outside the realms of being treated as a property right. Every domain name that incorporates a trademark enjoys the same protection as the mark, neither more nor less. Every domain name, no matter how non-distinctive or how descriptive, is not per se entitled to trademark-level protection.

However, one thing is very clear: a domain name ipso facto will not qualify as an intellectual property right. The cases relating to the domain disputes are resolved through civil law actions like passing off actions or by making a complaint with the Uniform Domain Name Dispute Resolution Policy (UDRP)or the Internet Corporation for Assigned Names and Numbers (ICANN) dispute resolution policy or the WIPO Arbitration and Mediation Centre. Not all alleged cybersquatting cases are so clear, so expert guidance would be useful to get a favourable ruling from the courts.

Brand name plays an important role in creating the market space for a product. DPS Parmar discusses whether a domain names, like trademarks, can qualify as intellectual property. 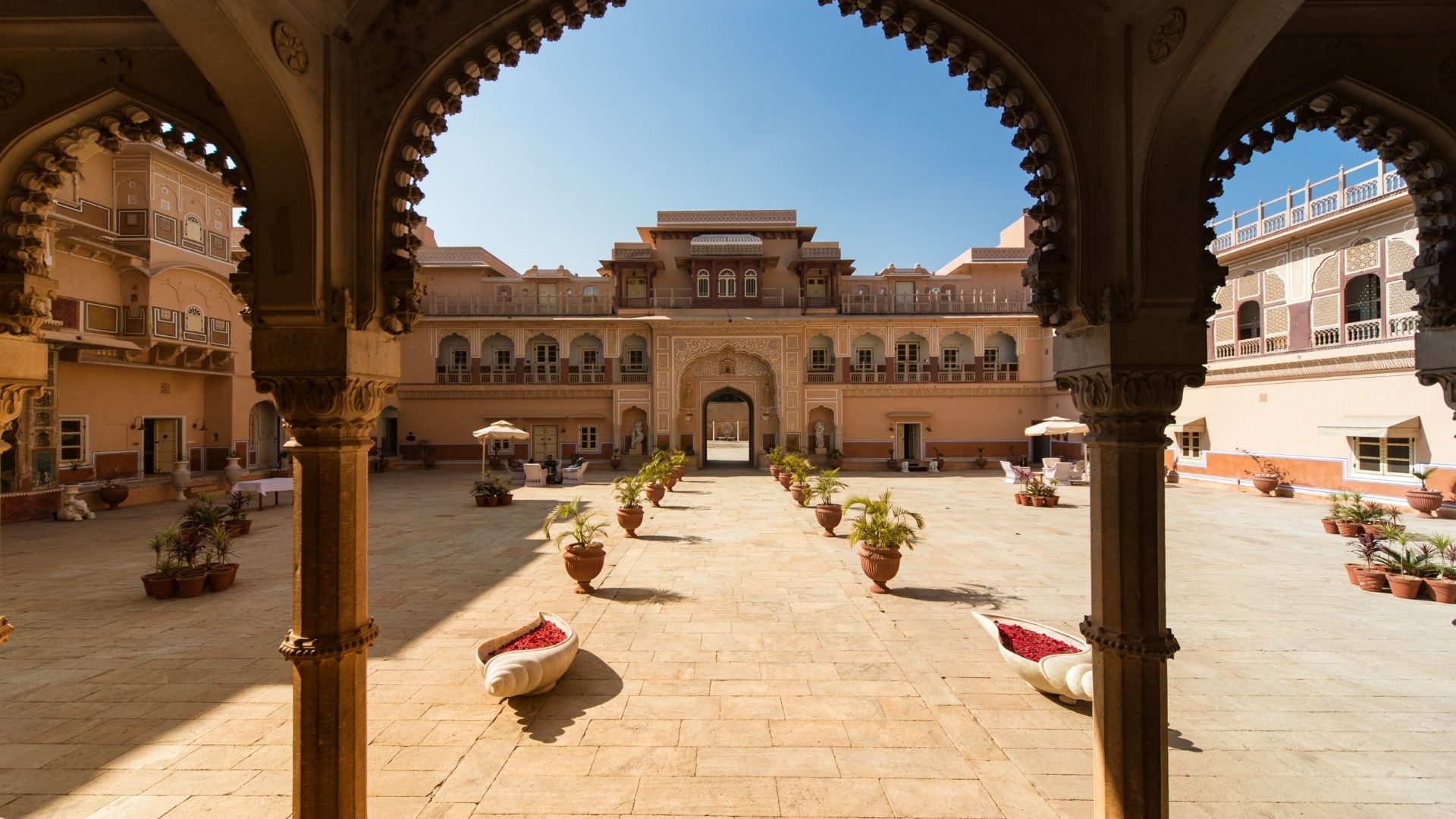 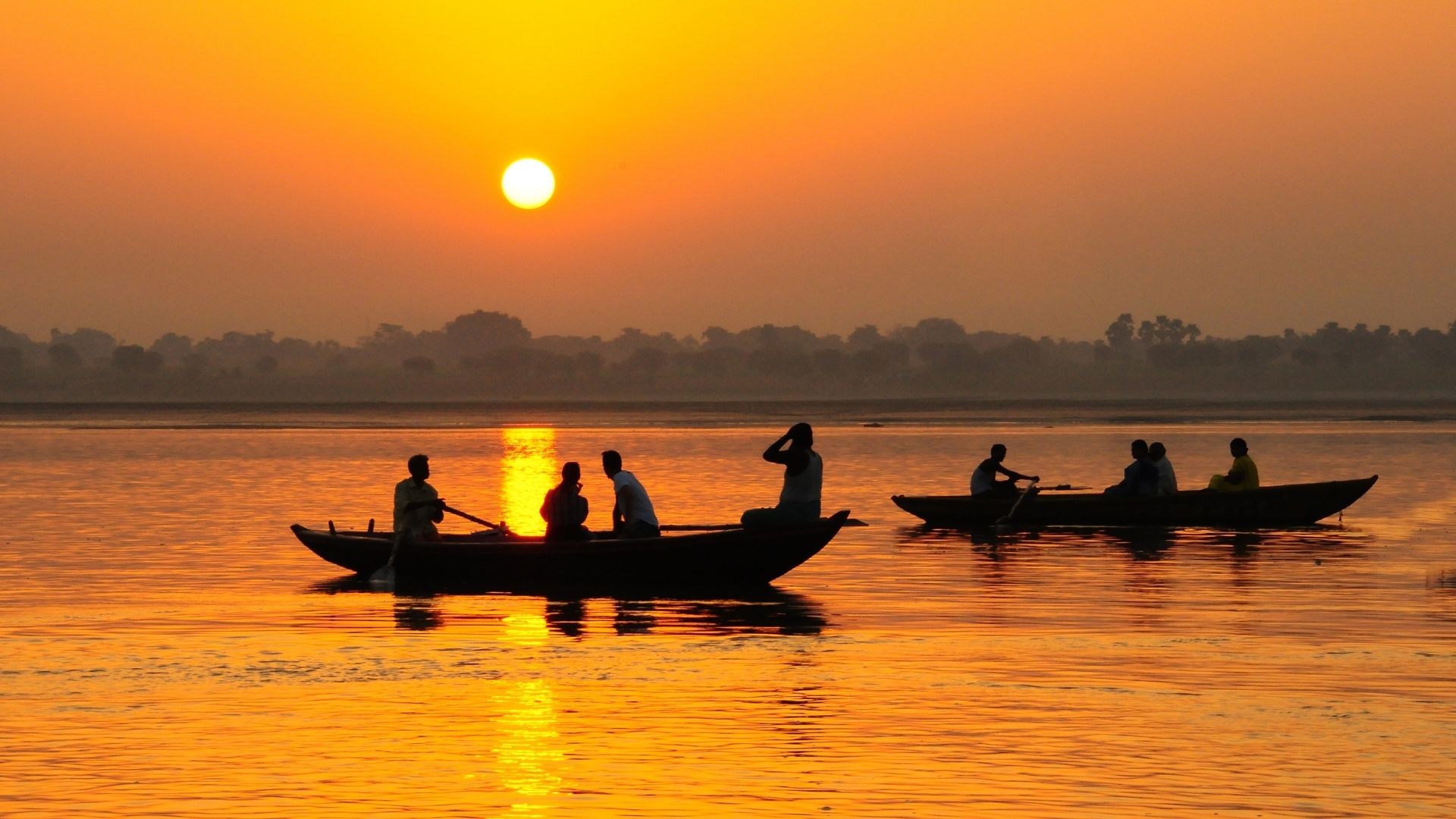 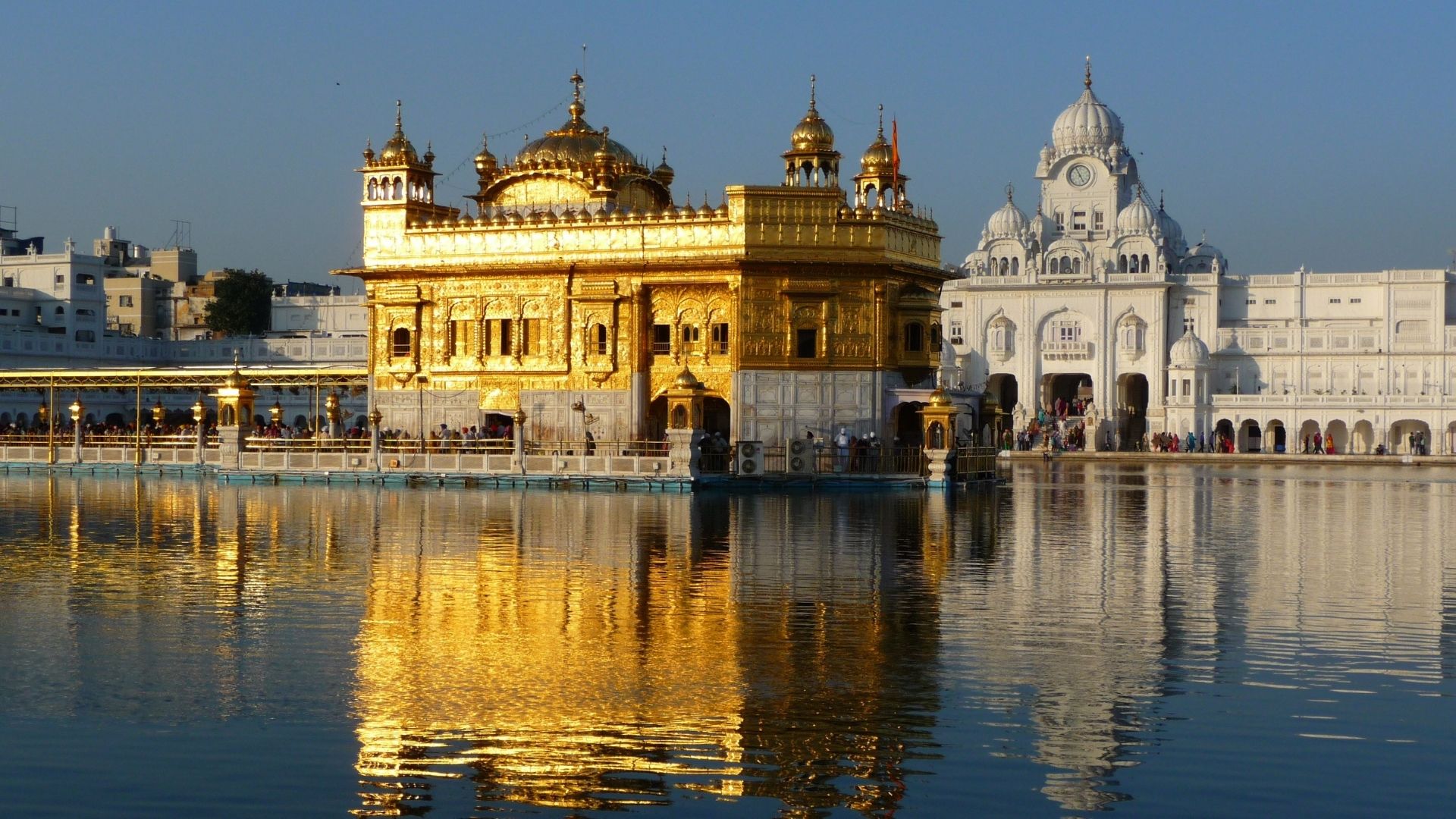