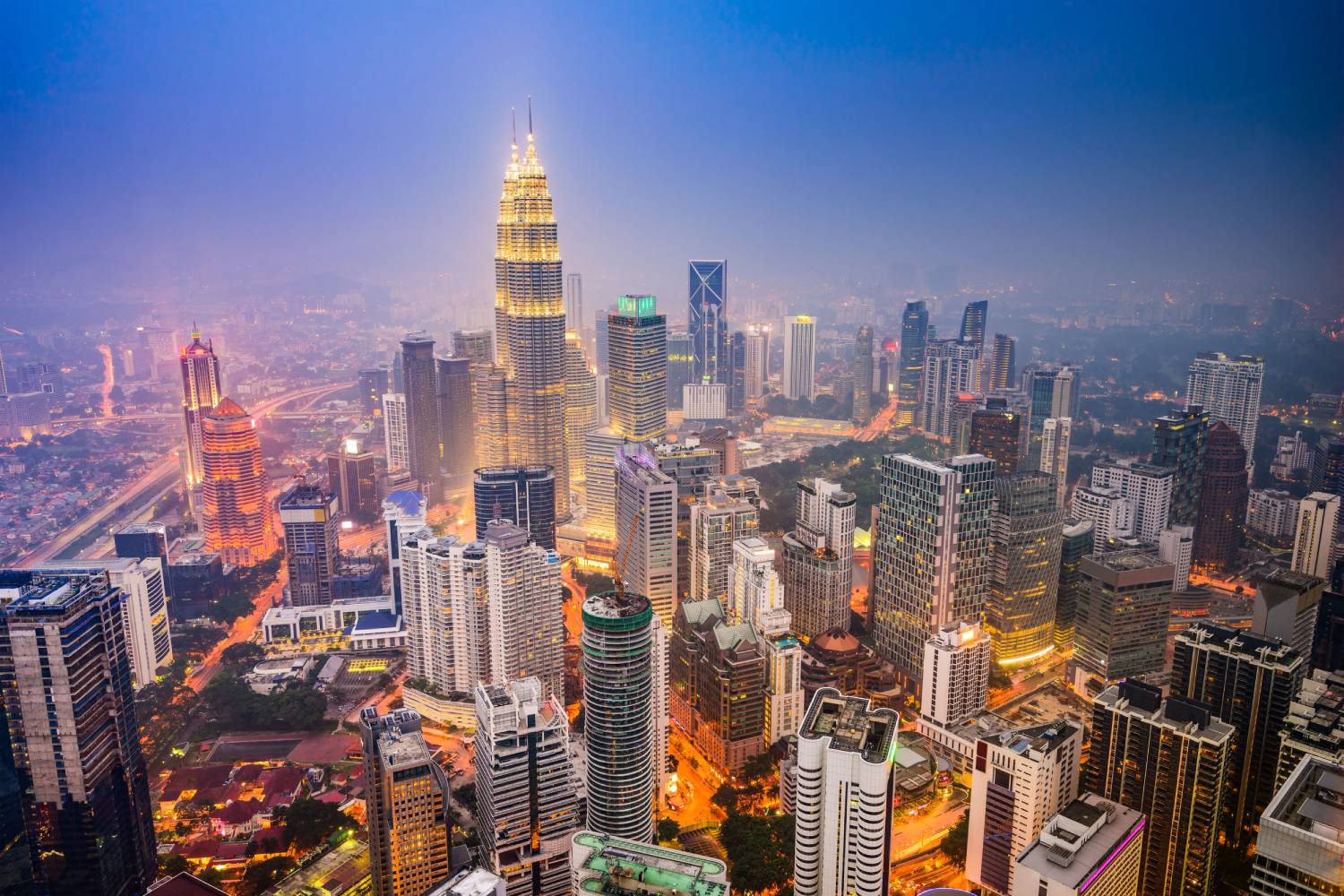 When 2020 began, the key challenge which faced the shipping industry was the implementation of the Fuel Standards of IMO 2020 mandating lower Sulphur Fuel Content. Looming ahead was the massive global tragedy which was the COVID-19 Pandemic, which spared no nation, no industry. The Pandemic ravaged lives, decimated businesses and forced a rethink of how much we can prepare. Shipping was badly affected in many ways.

We are certainly in the middle of a perfect storm – we were just getting out of the Pandemic. China is still closing ports, grappling with increase in Oil prices, drastic rise in shipping costs and adapting to the effects of the Trade Wars, and now the war in Ukraine.

At the height of the Pandemic in 2020, the plight of the passengers and crew on board Cruise ships and the cruise industry came into stark focus. Cruise ships – with large numbers of passengers and crew and an emphasis on communal dining and group activities – became incubators of the COVID-19 virus. The crews on board merchant vessels could not sign off as ports did not allow. The closure of businesses and ports also created disruption to supply chains.

Where ports close because of the pandemic or where the crew of the vessels are infected, this affects the contract of carriage. The effect depends on the terms of the Charter, whether the particular disrupting event is covered. A vessel with infected crew will mean that the vessel will not be granted free pratique or clean bill of health by the port authorities and this may prevent the readiness of the vessel, owners time for loading or discharge, and the consequent effects of running of laytime and demurrage.

This disruption caused multi-fold increase in freight costs, shortage of containers, congestion in ports. In turn, this resulted in shortages of key components in the supply chain halting or delaying production of automobiles, smartphones. Even the ubiquitous McDonald’s was not spared, with shortages of fries. The multi-fold rise of freight costs had caused considerable price increases in all manner of consumables. Now the Pandemic in the form of the Omicron variant is once again resurgent and has caused a massive and comprehensive lockdown in Shanghai, more extensive than other ones in China.

Shanghai is a key Trade and Manufacturing base for global supply chains. This effects of this lockdown reverberate as globalization has made key supply chains inter-connected and what happens in key locations affect the whole chain.

Ever Given and the Suez Canal

The Mega Containership Ever Given ran aground while transiting the Suez Canal on March 23, 2021, lodging herself against both banks of the waterway. The blockage caused vessels backed up in the Mediterranean to the north and the Red Sea to the south. It is estimated that the costs to global trade was about $400 million per hour. The fragility of trade routes were exposed when the incident caused knock-on effects on the movement of cargoes globally, as 12 percent of global trade is carried on board ships using the canal.

For six days, the world watched as a multi-national team of salvors, tug operators and the Suez Canal Authority (SCA) coordinated a race against time to free the ship and unclog the canal. A year later, the sister ship of Ever Given, Ever Forward is in April 2022 now stuck in Chesapeake Bay near the port of Baltimore, USA. This incident exposes the navigation risks faced by large merchant vessels.

President Donald Trump launched a Trade War with China resulting in tit for tat imposition of tariffs on each other countries exports. This caused traders to devise ways to overcome them by disguising the origins of the cargo. China and Australia also cooled its trade relations, after Australia pushed for an international probe into the origin of the coronavirus without diplomatic consultations beforehand. China has targeted Australian barley, beef, wine, lobsters and coal over the past year after Canberra called for an inquiry into the origins of the coronavirus pandemic. The acts included China calling Chinese parties not to import the products from Australia and imposing high duties.

Putin’s invasion of Ukraine in March 2022 is bringing the World to the brink. The world was not prepared for this conflict. Countries reacted by imposing trade sanctions, cutting off Russia from international financial system and trade globally. Russian vessels, and sanctions implemented by major trading nations and disruption of Agriculture products. Ukraine is a key producer of wheat, barley, sunflower, corn, soybeans.

A force majeure clause typically excuses parties from the performance of the contract following the occurrence of certain events. A company affected by the Russian sanctions must determine whether its contracts include force majeure provisions and whether the Russian sanctions are an event that excuses full or delayed performance under the contract.

If sanctions are not explicitly mentioned as a force majeure event, a broad definition of war, hostilities, or conflict or act of government could cover the consequences of sanctions. From record low prices of Crude Oil, the Ukraine War has made oil prices to climb to record levels.

Parties to shipping and related contracts e.g. Charterparties, FOB, CIF Contracts, bills of ladings and contracts of affreightment, fix their agreed price, provide for price adjustment clauses, force majeure and defences in the event of specified events arising. The allocation of risks is essentially a contractual one. If the purchase or transaction has become more difficult or more costly to perform, then one party will have to bear the increased costs of the transaction. Force Majeure Clauses or the common law principle of frustration will apply only if the transaction becomes impossible to perform, not more difficult or costly.

If parties rely on standard contracts, it is highly likely these contracts do not adequately provide for the shocks that had hit shipping post 2020. To enter into the contracts without adequately considering the contract terms in the light of known and potential risks would be indeed foolhardy. Likewise, Insurance can protect to a certain extent. Parties should also seek advice from their broker or insurance intermediary as to whether the existing coverage adequate covers their transactional risks in the light of the current situation. For instance, most forms of marine cargo insurance do not cover delay or the insolvency of the carrier.

The insurance cover is for transit risks and not transactional default or failure.

Philip Teoh graduated with Bachelor of Laws (Honours) from National University of Singapore in 1989 and later obtained a Master of Laws from University of Malaya.

He chambered under the reknowned litigator Mr Harry Elias in Singapore and then commenced his practice with the shipping law practice of Koh & Yang. He later founded the Shipping and Insurance practice of David Chong & Co and practised in both its Singapore and Malaysian offices. He is admitted as Advocate and Solicitor of both the High Court of Malaya and the Supreme Court of Singapore. He has more than 25 years’ experience in the shipping & transport, admiralty, insurance and international trade matters.

Through his years of practice, he has amassed experiences in:

⊕ handling both contentious and non-contentious areas in the shipping, insurance and international trade matters.

⊕ advising clients with respect to acquisition of insurance, shipping and transport companies and its regulatory requirements.

⊕ advising clients on the various aspects of the insurance, shipping and transport and logistics industries including risk and insurance coverage and liability, application for licences, marine and general insurance and reinsurance claims and recoveries.

⊕ where appropriate, appearing in all levels of Malaysian Courts (up to the Federal Court) and acting as arbitrator and counsel.

He argued and won the first reported decision of the Malaysian Admiralty Court in the case of The Istana VI. His cases have been reported in the law reports, many of which involved novel points of shipping law including:

He has handled cases in several of the notable shipping incidents in the region:

Philip other achievements throughout his practice years and associated credentials are better represented in the following:

Presented Papers and Conducted Seminars At:

Philip Teoh joined Azmi & Associates in January 2015 as a Partner and Head of the Admiralty & Shipping, Insurance and International Trade Practice Group.