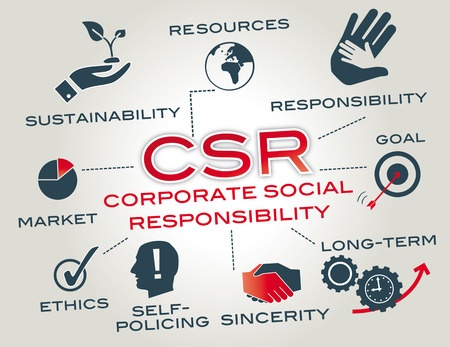 A number of Asian jurisdictions have incorporated Corporate Social Responsibility (CSR) into their domestic legislation – in many instances, ahead of Western legal systems. India’s new Companies Act, 2013 (the “Act”), in its Clause 135, has formalized obligations that pre-existed under the country’s tradition of community involvement. In effect, Indian companies and business scions in the country have long spontaneously sponsored philanthropy programs, charities and education schemes.

Clause 135 of the Act applies to “[e]very company having net worth of rupees five hundred crore or more, or turnover of rupees one thousand crore or more or a net profit of rupees five crore or more during any financial year […]”. Each such company will be required to “[spend], in every financial year, at least two per cent. of the average net profits of the company made during the three immediately preceding financial years, […]”. Areas eligible for CSR expenses under Clause 135 are limitatively spelled out in Schedule VII of the Act, which lists “activities relating to:  (i) eradicating extreme hunger and poverty; (ii) promotion of education; (iii) promoting gender equality and empowering women; (iv) reducing child mortality and improving maternal health; (v) combating human immunodeficiency virus, acquired immune deficiency syndrome, malaria and other diseases; (vi) ensuring environmental sustainability; (vii) employment enhancing vocational skills; (viii) social business projects; (ix) contribution to the Prime Minister's National Relief Fund or any other fund set up by the Central Government or the State Governments for socio-economic development and relief and funds for the welfare of the Scheduled Castes, the Scheduled Tribes, other backward classes, minorities and women; and (x) such other matters as may be prescribed”.

The drafting of the Act highlights the diversity in the definition of the very concept of CSR. Some of the rapidly evolving jurisdictions of Asia have in effect developed a CSR perspective separate from norms formalized in Europe and North America. In the latter, CSR (and related concepts) is generally accepted to refer to ethical standards applied to a corporate’s core business activities, including its management, investments and production, from origination through output. It is thus distinct in approach (but not in finality) to the Indian approach, as envisaged under the Act, which directs corporate CSR expenses to be primarily applied to non-core activities.

The distinction ends there, however, as the avowed objective is in each case to tie corporates’ financial and non-financial returns with the sharing of profits with the wider community – and a general commitment to improved social and environmental indicators.

As approaches diverge, India (and other Asian jurisdictions on the receiving end of foreign direct investments) are becoming increasingly affected by CSR legislation, policies and standards, as they are defined in some of their key investment originating countries – in Europe and North America.

This note contemplates limited examples of situations of extra-territorial CSR application – and how Asian companies operating locally may find themselves, directly or indirectly, subject to foreign CSR standards. As South East Asian economies continue to compete for ‘China+1’ hub status, and the Make In India campaign to increase foreign direct investment levels into the country gears up, a clear understanding by Asian players of foreign investors’ CSR expectations is critical.

Multiple industrial accidents involving multinationals operating in low-cost jurisdictions have called for greater accountability – as, again, highlighted, on the 30-year anniversary of the Bhopal mass gas contamination of 2-3 December 1984 in the State of Madhya Pradesh, India, and, more recently, by the Rana Plaza tragedy of 24 April 2013 in Dhaka, Bangladesh.

In France, a draft law on “the responsibility of parent companies and purchasers” (otherwise known as the “Rana Plaza Bill”) was passed on first reading by the National Assembly on 30 March 2015 and is awaiting sign-off by the Senate. The draft law requires companies in excess of a certain employee threshold to “identify and prevent risks of human rights abuses and of violations of fundamental freedoms, of injuries, environmental damages or sanitary risks resulting from the company’s business or that of companies under its “control” [as defined by the French Code of Commerce], directly or indirectly, and from the business of sub-contractors or suppliers with which they have an established commercial relationship. Measures [thereunder] are also intended to prevent acts of active or passive corruption within the company or companies under their control.” (draft Article L. 225-102-4. – I).

Here again, the draft French law distinguishes from Indian CSR in that it aims to impose obligations on a company’s core business activities – including in foreign jurisdictions. These obligations may of course overlap with other, existing provisions of Indian law, for instance, and with rights otherwise guaranteed under India’s Constitution. The French draft law thus echoes other legislation with potential extra-territorial reach, such as the US Foreign Corrupt Practices Act (FCPA).

Further CSR-themed legislation may be expected from European partner countries, as a new European Union (EU) Directive “on disclosure of non-financial and diversity information by certain large undertakings and groups” was adopted 22 October 2014 (EU Directive No. 2014/95/EU)(the “2014 Directive”). The 2014 Directive requires companies concerned to include in their management report “a non-financial statement containing information to the extent necessary for an understanding of the undertaking's development, performance, position and impact of its activity, relating to, as a minimum, environmental, social and employee matters, respect for human rights, anti-corruption and bribery matters […]” (Article 1) – and must be implemented in all 28 EU Member States by 6 December 2016.

Foreign-incorporated subsidiaries and foreign suppliers of European entities, are not directly subject to European legislation; they will however inevitably, even if indirectly, be affected – as will their locally-based management. The 2014 Directive considers wide-reaching disclosure obligations that will require large European corporates to identify “risks and outcomes”, on which they will answer to their shareholders. The French draft law goes further in that it additionally requires French-based companies to take active steps to prevent CSR risks, including for activities conducted by foreign subsidiaries and suppliers. It also provides for any non-compliance to be ground for claims in damages actionable in French courts against the French parent or purchaser – including by third-party, foreign-based claimants. Asian, and other foreign, businesses will likely as a result BE increasingly pressured by their European partners or buyers to align with European CSR standards – and to share in the legal, commercial and financial risks.

A widely publicized Global Witness report (‘Rubber Barons’), released in May 2013, highlighted the involvement of Vietnamese companies in land grabs across the Laos and Cambodian borders. Land grabs and illegal logging are long-time issues in the region and the report received wide attention by claiming to have identified two high-profile institutions as financiers, ie. the International Finance Corporation (IFC) and Deutsche Bank (DB). Both IFC and DB were named as investors in a fund managed by a Vietnam-based asset manager – with a portfolio which included the Vietnamese entities named in the Global Witness report.

Global Witness’ contention specifically targeted the two institutions’ own internal compliance and ESG policies: “[t]hese investments contrast starkly with both institutions’ public commitments to ethical and sustainable practices, as well as the World Bank’s core mandate to end poverty […]” (‘Rubber Barons’, p. 2). While it is understood that no lawsuit has been filed to date in relation with IFC’s and DB’s investments, DB is reported to have since divested, while IFC has started an internal investigation. The episode has also brought renewed awareness for fund managers about the level of scrutiny they can expect in the context of emerging markets perceived as high “ESG risks”.

CSR disclosure obligations for listed companies are not just an option any more in certain EU jurisdictions. In France, for instance, listed companies are already required to include in their annual report “environmental and personnel” matters (Article L 225-100 of the French Code of Commerce). The above 2014 EU Directive expands the geographic and itemized scope of these disclosures.

In India, private equity investments have attracted renewed attention by FIIs as of late. This is rightly seen as an encouragement for the country’s increased economic growth pace. There however needs to be an in-depth understanding by domestic corporates of investors’ expectations as regards ESG standards (whether under foreign laws or self-imposed), of the related financial and non-financial costs – and of the risks associated with any substantial deviations. While the original CSR obligations under any foreign legislation lie primarily with the foreign investor, these will now increasingly be seen as non-discretionary items in any investor due diligence. Failure to align with investors’ minimum CSR standards (and to give the required comfort to that effect) will in many instances be viewed as a material legal and financial risk. Corresponding scrutiny of indemnity and divestment clauses, for instance, should also be expected as investors will consider CSR-associated risks over the term of their investment.

A last example takes CSR extra-territorial application further – and contemplates CSR independently of any supply-side corporate or commercial relationship. CSR applicability here considers the sole location of the end-consumer as the determinant jurisdictional nexus. While legislation and jurisprudence are still in the process of being framed, three cases, two in Europe and one in the United States, illustrate the potentially unlimited scope for expansion of consumer law-based CSR claims.

In an early landmark Kasky v Nike case, U.S.-based sports-gear multinational Nike had been sued in Californian civil courts by Marc Kasky, a consumer activist, for unfair and deceptive practices under the State’s Unfair Competition and False Advertising Law. The lawsuit was following up on press reports of poor working practices in manufacturing facilities operated by Nike subcontractors in Asia – and on a Nike public campaign to counter these allegations. Claiming monetary and injunctive relief, it asserted that, in their public communications, and "in order to maintain and/or increase its sales", Nike had made a number of "false statements and/or material omissions of fact" regarding these facilities. The California Supreme Court upheld the plaintiff’s claims on 2 May 2002 (Kasky v. Nike, Inc., 45 P.3d 243, 248 (Cal. 2002)). The case was eventually settled for a reported USD1.5M paid to a US-based association to finance programs aimed at monitoring and improving workplace practices in developing countries.

Recent cases initiated by groups of French NGOs reflect a similar approach in attempts to hold multinationals accountable on the basis of domestic consumer laws – with two successive claims filed in criminal courts.

A first case was filed on 26 February 2013 against electronics multinational Samsung on the basis of “misleading commercial practices” (pratiques commerciales trompeuses) under Article L 121-1 of the French Consumer Code (“All advertising comprising, in any form whatsoever, representations, information or presentations which are false or likely to mislead, is prohibited […]”). The NGOs (Peuples Solidaires, Sherpa and Indecosa-CGT) were specifically referring in their submission to reports by China Labor Watch and allegations of mistreatment of Chinese workers manufacturing Samsung products eventually sold in France

In the wake of the Rana Plaza disaster, a second complaint was filed on the same legal basis on 24 April 2014 by NGOs (Sherpa, Peuples Solidaires and Collectif Ethique sur l’étiquette). The complaint targeted Auchan, a French retail giant, and argued that the company had been using subcontractors operating out of the Rana Plaza building to manufacture items then sold in Auchan outlets in France.

In each case, the claimants highlighted the multiple ethical assurances given by the defendants in their commercial communication and marketing material. The French prosecutor’s office declined to follow up on both claims, for lack of an evidentiary causation link. The fact that the prosecutor did order investigations in both instances, however, is seen as an indication that French public authorities will be increasingly attentive to ethics-based legal claims.

By way of final update, the Auchan case remains ongoing after the claimants escalated their complaint to an investigating magistrate (juge d’instruction), who will now make a determination on whether the case should go to trial, in criminal courts. 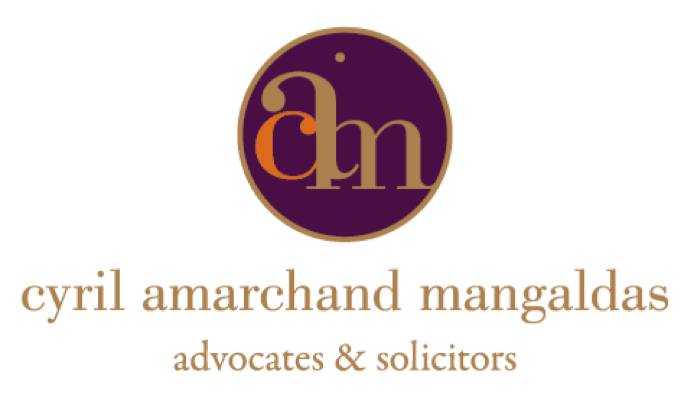