FDI In Indonesia And The Current M&A Scene.

It is undeniable that with the upcoming finalisation of the ASEAN Economic Community, Southeast Asia has the attention of many international businesses  and foreign private investors. However, understanding how to enter these markets with the most advantageous and legal business structures is not without its challenges. In looking to Indonesia, we had the opportunity to speak with the experts in this area, the Legal Consultants at SSEK, to discuss the available means of investment for foreign entities and individuals and to get an update on Indonesia’s mergers and acquisitions (“M&A”) scene, and here is what they had to say.

Conventus Law: If a foreign individual or entity is interested in buying equity in a private Indonesian company, what investment mechanisms are currently available to them?

SSEK: Law No. 25 of 2007 regarding Capital Investment (the “Investment Law”) recognizes foreign direct investment (“FDI”) in a private Indonesian company that is either (a) constituted of 100% foreign shares, or (b) a joint venture between foreign and domestic investors (“JV”).

The Investment Law mandates that FDI be made in the form of an Indonesian-incorporated and Indonesian-domiciled limited liability company (known in Indonesia as a “PT PMA”), unless otherwise provided by the prevailing laws.  The investment in a PT PMA may be undertaken in several ways, namely (1) subscription of shares in the establishment of the PT PMA, (2) purchase of shares, and (3) other mechanisms under the prevailing laws.  Investment by foreign investors (either through subscription or purchase of shares) in a wholly domestic company will result in the company being converted to a PT PMA.

Private equity in Indonesia is for the most part unregulated, although the Financial Services Authority (Otoritas Jasa Keuangan or “OJK”) has issued regulations regarding private equity funds that invest in securities portfolios.  While private equity investment remains loosely regulated in Indonesia, it is a growing sector.

CL: While foreign direct investment in privately owned companies is allowed but limited to certain business sectors and industries, are there similar limitations to the amount foreigners may invest in public companies whose shares are traded on the Indonesian stock exchange (IDX)?

SSEK: As expressly regulated in Article 5 of the Negative List and consistent with the elucidation of Article 2 of the Investment Law, the foreign ownership limitations in Attachments I and II of the Negative List do not apply to portfolio/indirect investment conducted through an Indonesian capital market transaction.

Despite this provision on the inapplicability of the Negative List to portfolio investors in public companies, some regulators still assert that the Negative List applies to shareholders in a public company if their names appear in the company’s articles of association (as opposed to shares recorded in the articles of association as “public” shares).

CL: Are there any benefits in structuring certain aspects of an Indonesian M&A transaction offshore?

SSEK: Depending on the type of M&A transaction, the benefits of structuring certain aspects of the transaction offshore may include the non-imposition of income tax pursuant to Indonesian tax regulations.  This would depend on the M&A transaction being structured among foreign entities that are subject to less stringent taxation rules (e.g., British Virgin Islands) than they would be in Indonesia.

Additionally, offshore structuring might offer a speedier completion of the transaction. This would be subject to the procedural requirements under the governing authorities for the offshore transaction.  M&A transactions in Indonesia can be lengthier than an M&A transaction offshore because of (i) the necessity to obtain approval from the Indonesian Capital Investment Coordinating Body (Badan Koordinasi Penanaman Modal or “BKPM”) for a PT PMA and other necessary approvals from technical ministries, which can be time-consuming due to the bureaucracy, (ii) the requirement for a newspaper announcement 30 days prior to the announcement/summons to shareholders for a General Meeting of Shareholders to approve the M&A transaction, and (iii) the regulatory avenues creditors can pursue to object to M&A transactions, among other requirements.

CL: What are some of the big highlights of what we may expect to see for the second half of 2015 in M&A?

SSEK: Heralded as a breath of fresh air for the Indonesian investment climate, a new Ministry of Finance (“MOF”) regulation on tax holidays is expected to be issued before the end of August 2015 to replace MOF Regulation No. 130/PMK.011/2011.  The new regulation is expected to expand those business sectors that qualify for a tax holiday or investment incentive in the form of the elimination of income tax.

In addition, the OJK is expected to issue (i) a follow-up circular letter for the recently issued regulation on Guidelines for Repurchase Agreement Transactions for Financial Service Institutions, (ii) a regulation on sharia capital market, and (iii) a regulation regarding initial public offerings for micro and medium businesses.  Indonesia’s House of Representatives is also being pressed to accelerate the revision of the Business Competition Law in response to the approaching effectuation of the ASEAN Economic Community at the end of 2015. 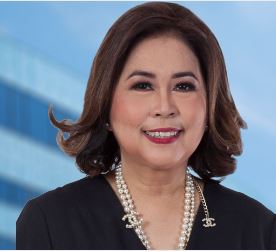