Hong Kong – Intended And Unintended Use Of Option Clauses In Arbitration: Common Pitfalls And Drafting Tips. 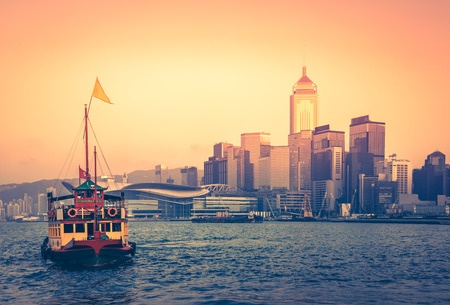 Parties who choose arbitration as an exclusive dispute resolution mechanism for their contracts usually agree that their disputes “shall” be referred to arbitration. In certain circumstances, however, parties intentionally agree on arbitration as a default dispute resolution mechanism with an option to litigate a dispute, or vice versa. The option can either be held by both parties (bilateral option clauses) or, more commonly, by one party only (unilateral option clauses). In either case, it is critical that the parties’ intention is clearly and precisely expressed in the clause. Ambiguity in drafting can result in delay and wasted costs, unintended loss of flexibility and confidentiality, or an unenforceable arbitral award.

This alert discusses a recent Privy Council judgment rendered in January 2016 which reminds us of the importance of clear drafting. We will also discuss the use of option clauses and the associated difficulties.

In Anzen Limited v Hermes One Limited [2016] UKPC 1 (“Anzen Case“), the Privy Council, hearing an appeal from the British Virgin Islands (“BVI”), had to interpret the following arbitration clause:

“If a dispute arises out of or relates to this Agreement … and the dispute cannot be settled within twenty (20) business days through negotiation, any Party may submit the dispute to binding arbitration.” (our emphasis)

The Anzen Case illustrates that the use of “may” in an arbitration clause can have unintended consequences. This frequently occurs in the context of multi-tiered dispute resolution clauses which require the parties to attempt first to resolve

their dispute by some form of negotiation, before either party “may” refer the dispute to arbitration.

Under Hong Kong law, where the word “may” is used in an arbitration clause, but the terms of the parties’ agreement to arbitrate are otherwise sufficiently certain, the position is the same as in the Anzen Case. This means that such a clause leaves it open to either party to commence litigation – if this occurs, the other party may still request that the proceedings be stayed in which case both parties become bound to honour the agreement to arbitrate, so that the word “may” effectively becomes “shall” (China State Construction Engineering Corporation Guangdong Branch v Madiford Ltd [1992] 1 HKC 325, where the clause provided that if “settlement cannot be reached through consultations the matter may be submitted for arbitration to [CIETAC]“).

Accordingly, the use of “may” can result in unnecessary cost and delay if a party commences litigation (e.g. in the hope of obtaining a default judgment or that the defendant fails to request a stay) without knowing whether or not the other party prefers arbitration. If the other party subsequently requests a stay, time and cost will have been wasted. However, the parties will not be able to recover wasted costs because neither party has breached the arbitration clause. Further, where details of the dispute are disclosed in the court proceedings, it also results in loss of confidentiality.

Moreover, if the clause uses “may” but lacks any terms defining the proposed arbitration (e.g. no place of arbitration, no reference to any arbitral institution and/or any applicable arbitration rules), the clause does not amount to a binding arbitration clause (whether optional or otherwise) and the courts will not compel arbitration if a defendant seeks a stay (see Hannice Industries v Elite Union (Hong Kong) Limited [2012] HKEC 419, where relevant part of the clause only provided that “if negotiation is unsuccessful parties may apply for arbitration”). In these circumstances, the intended flexibility is lost if a claimant commences arbitration, but a recalcitrant respondent seeks to challenge the arbitral tribunal’s jurisdiction on the basis that there is no binding arbitration agreement.

Recommended action: If parties wish to agree to resolve their disputes by arbitration and neither party seeks relief in any other forum, their arbitration clause should clearly say so by using the word “shall” instead of “may”. If any dispute “shall” be referred to arbitration, there is no obligation to commence arbitration; however, if a party commences court litigation, it will be in breach of the arbitration agreement.

If parties deliberately choose to make arbitration optional by adopting a bilateral or unilateral option clause, they should not try to achieve this by using the shorthand expression “may”.

Recommended action: The clause should clearly state that disputes “shall” be referred to arbitration but that either party or one of them has the option to bring a dispute before a particular state court, or vice versa. Further, the option clause should address the following points:

How a party may exercise the option (e.g. by notice in writing, or simply by commencing litigation or arbitration proceedings).
When the option must be exercised (e.g. before commencing any proceedings or before taking a specific step in the proceedings, such as the nomination of an arbitrator by the party holding the option).

Unilateral option clauses are valid and enforceable in many jurisdictions (e.g. Hong Kong, Singapore and England) but are invalid or potentially problematic in others (e.g. Bulgaria, China, Indonesia, Russia, Thailand). They are most commonly used in financing agreements (e.g. international derivatives and loan transactions) where the party with superior bargaining power (e.g. lender) wishes to preserve the advantages of both arbitration and court litigation. For instance, such clauses enable the party having the option to commence court litigation to obtain summary or default judgment (which are not available in arbitration), or to resort to arbitration because a court judgment would not be enforceable in the jurisdiction of the counterparty or where its assets are located.

When drafting unilateral option clauses, it is important to balance the desire of the party having the option to allow maximum flexibility against the risk that the other party may challenge the validity of the unilateral option clause and/or an arbitral award arising from it. Such a challenge may jeopardise the enforceability of the arbitration agreement and/or the arbitral award.

Arbitration clauses should be drafted clearly and unambiguously because ambiguity can result in delay, additional costs, and ultimately, frustration. This also applies to option clauses. Unclear drafting can make the clause open to more than one interpretation and parties might not realise that they do not have the same understanding of their chosen wording. More importantly, it can create the risk of recalcitrant respondents deliberately seeking to exploit any ambiguity to avoid a resolution of the dispute through arbitration.

Our arbitration specialists in Hong Kong and China will be pleased to assist you with the proper drafting of your arbitration clause and advise you on any other arbitration-related matters.