India – Counterfeiting In The Virtual World. 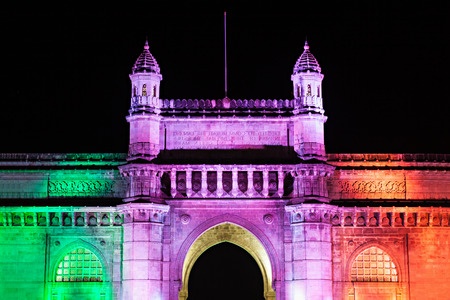 In the twenty-first century, internet has become an integral part of life. From paying bills to booking movie tickets, internet has provided all with a medium to carry about daily chores with maximum ease and efficiency. Given the ever expanding scope of internet, it was only a matter of time before luxury products were also made available online for sale. On one hand this has allowed people to purchase such products at a click of a button from the comforts of their homes, on the other hand, it has resulted in the growing business of counterfeits. A counterfeit is a fraudulent imitation, often sold at a much lower price than the original product. This lowered pricing is one of the main attractions, which lures unsuspecting customers into buying the fake, assuming that the original product is being sold at a discounted price. It has been observed that there is greater chance for a customer to become susceptible to such fakes on an online shopping forum than in the physical market.

Recently, the Hon’ble Delhi High Court (hereinafter referred as ‘the Court’) passed a judgement in Montblanc Simplo GmbH vs Gaurav Bhatia & Ors., wherein the Court granted a permanent injunction against Gaurav Bhatia & Ors. (hereinafter referred as ‘the Defendants’). Montblanc Simplo GmbH (hereinafter referred as ‘Montblanc’) is a German company which manufactures luxury products such as writing instruments, watches, etc. Montblanc was one of the first companies to introduce luxury writing instruments, and since then has acquired substantial goodwill and reputation. It sells its products under the brand MONTBLANC and has also introduced different collections, one such being the Meisterstuck Classique.

Montblanc, through its sources, discovered that counterfeits of its products were being sold on Defendants’ website. To corroborate, it purchased a pen belonging to the Meisterstuck Classique collection from this website and upon examination, its suspicion was confirmed. The counterfeit was being sold at one-fourth of the price of the original. Further, the quality of the counterfeit was poor when compared with the original product. Also, the serial numbers imprinted on the counterfeit product were fabricated. Subsequently, Montblanc lodged an FIR following which counterfeit products were recovered from the Defendants’ premises.

Though a Written Statement was filed by the Defendants, thereafter, they failed to make an appearance. As a result, the Court carried on the proceedings ex-parte. Montblanc contended that the sale of counterfeits damaged their goodwill and reputation. The inferior quality of products sullied its reputation and resulted in lowered confidence of the public in its products. Furthermore, it was put forth that the sale of counterfeits incorporating Montblanc’s registered trademarks amounted to infringement of the said trade marks. Montblanc also produced information pertaining to the counterfeit products, which were recovered from the Defendants’ premises. Additionally, it was brought to the attention of the Court that the Defendants had been embroiled in other counterfeit controversies prior to the institution of this suit, wherein the aggrieved customers had even taken recourse to legal action against the Defendants. Upon examination of documents presented in support of Montblanc’s contentions, and further deliberation, the Court granted the permanent injunction. However, the Court did not grant damages, stating that Montblanc had failed to produce evidence showing the extent of damage suffered by it.

In some cases it might be evident that the products being purchased are counterfeits, however, in other cases this might not be so.  To elucidate, let’s take the present case as an example, the price of an original Meisterstuck Classique pen is INR 30,000, while the counterfeit available on the website was being sold for INR 6860. Though there is a substantial drop in the price, for an average Indian, a pen worth INR 6860 is still a luxury. Thus, in this situation there is higher chance for the customer to believe that what s/he is buying is in fact an original.

Sale of counterfeits can have multitude of disastrous repercussions for the company/business manufacturing the original products. In addition to the monetary implications, the counterfeit, which is more often than not of substandard quality, also leads to smeared reputation of the company/business as well as dwindled confidence of the public in them. While undoubtedly there are individuals who knowingly purchase knock offs, there are others who wish to purchase authentic products. When such individuals inadvertently end up purchasing the counterfeits, they may begin to harbour ill will towards the company. Consequently, there is a greater requirement to hold online shopping forums accountable for the products made available for sale.  In the recent past, there have been various shopping websites which have been ensnared in counterfeit controversies. In many cases, the courts have granted injunction orders in favour of the aggrieved parties, however, they have refrained from granting damages unless the claim for damages has been substantiated with evidence of loss of profit. It is hoped that proactive judicial pronouncements in this regard will serve as a deterrent to others indulging in counterfeiting.