India – Part III (A): Aircraft Leasing In IFSC – Let’s Kick The Tires And Light The Fires!

The Government of India (“GOI”) has, in the recent years, realised the importance of aircraft leasing activities in the global market and has made its intentions clear to promote aircraft leasing and financing activities in India’s first International Financial Services Centre (“IFSC”) situated in GIFT City, Gandhinagar. The aim is to bring the aircraft leasing business,  currently being carried out in countries that have established themselves in this sector such as Ireland, USA, Hong Kong, Singapore, etc[1], to the Indian shores. Leasing aircraft from abroad leads to incurring substantial liabilities payable in foreign currencies. Hedging currency fluctuations also becomes an additional cost for Indian airline operating companies. The above reasons highlight cost-inefficiencies and put into perspective how crucial it is to begin aircraft leasing and financing activities in India.

The Hon’ble Finance Minister, Ms. Nirmala Sitharaman, in her Budget Speech in 2019 had suggested that Indian businesses should actively look at opportunities in aircraft financing and leasing activities, and had also announced certain incentives to entities operating from the IFSC, GIFT City.

I. Overview of Legal Regime governing Aircraft leasing in IFSC

On October 16, 2020, the GOI notified Aircraft Lease[2] as a ‘financial product’ under the IFSCA Act stating that Aircraft Lease includes operating and financial lease as well as any hybrid mode of operating & financial leasing of aircraft or helicopter and aircraft or helicopter engines or any part thereof[3]. In furtherance to the foregoing, the IFSCA has permitted aircraft leasing entities, including IFSC Banking Units (“IBUs”) and IFSCA-registered financial companies/ units to set up shop in the IFSC and undertake aircraft leasing transactions. An overview of the legal framework governing Aircraft Leasing in IFSC is set out below:

IFSCA notified the Framework for Aircraft Leasing in the IFSC (“Operating Lease Framework”) on February 19, 2021. Leasing of aircraft under the same includes an operating lease (including sale and lease back transactions), purchase, novation, transfer, assignment, or any other related activity with the approval of the IFSCA. An entity engaged in the business of aircraft leasing and desirous of operating in the IFSC needs to register with the IFSCA to act as a lessor[4] and needs to fulfill the eligibility criteria set out in Column 2 of Table A below.

A non-banking financial institution is also allowed to undertake financial lease and/or operating lease transactions by setting up a finance company / unit (“FC/FU”) in the IFSC under the Finance Company Regulations. An operating lease is categorised as a permitted non-core activity while a financial lease is categorised as a permitted core activity. FCs/ FUs that undertake  only operating leases are specifically exempted from compliance with the prudential norms, corporate governance and disclosure requirements provided that they comply with their board of directors-approved prudential norms and fit and proper criteria prescribed by IFSCA.

A banking company (Indian or foreign), having set up its IBU in accordance with the Banking Regulations, is also permitted to engage in aircraft leasing transactions vide its IBU, subject to the fulfillment of requirements stipulated by IFSCA.

Set out below is a brief summary of the key provisions under the aforementioned regulations/framework, governing aircraft leasing activities in the IFSC:

All transactions in an IFSC need to be undertaken in freely convertible currency. However, administrative expenses can be defrayed in Indian Rupees.

Moreover, in an attempt to reduce transaction costs, anticipate timelines and facilitate the ease of doing business, the Ministry of Commerce and Industry amended the policy requirements for import of aircraft in India and has exempted IFSC-registered entities to obtain DGCA’s prior approval for import of aircrafts/ helicopters[5] or acquisition of an Indian registered aircraft for purpose of leasing.[6] However, such leasing companies/ entities are required to comply with applicable laws/ guidelines prescribed by IFSCA, DGFT, customs or any other relevant authorities for this purpose.[7]

In addition to the abovementioned regulatory framework promulgated by the IFSCA, an aircraft lessor operating from IFSC will also need to comply with Indian aviation laws that are not inconsistent with the laws notified by the IFSCA, unless specifically superseded by any rules or regulations made or notifications issued under the IFSCA Act.

The Indian aviation laws primarily include the Aircraft Act, 1934 (“Aircraft Act”), the Aircraft Rules, 1937 (“Aircraft Rules”), the Civil Aviation Requirements (“CARs”), and Aircraft Leasing Manual (Cap3200) (issued in line with Chicago Convention and governs only operating leasing transactions). In terms of the Aircraft Act, the GOI has constituted and empowered the Directorate General of Civil Aviation (“DGCA”) to carry out the safety oversight and regulatory functions in respect of matters specified in Aircraft Act or the rules made thereunder. In light of the above, the key provisions applicable to a lessor are set out below:

i. No person can fly or assist in flying an aircraft unless such aircraft is registered and it bears its nationality and registration marks and the name and residence of its owner, whether in accordance with Indian laws or any other laws. In India, DGCA is the regulator authorised for granting such registrations.

ii. The Aircraft Rules only permit registration in the following categories provided that such aircraft is not already registered in any other country:

iii. An Indian lessor (undertaking operating leases) cannot provide an aircraft on lease to a foreign operator without the prior approval of DGCA and in such cases, requirements relating to Article 83 BIS agreement and obtaining certificate of airworthiness have to be complied with in line with the CARs read with the Aircraft Leasing Manual (Cap3200).

The Ministry of Civil Aviation (“MoCA”) has notified certain key provisions and changes relating to deregistration and repossession of the aircraft by the lessor, as part of the Aircraft Rules. Pursuant to this, upon receipt of an application for deregistration of an aircraft from an Irrevocable Deregistration and Export Request Authorisation (“IDERA”) holder, DGCA is required to de-register an aircraft within five working days without the consent of the aircraft operator or any other person.[9] Further, the GOI is mandated to facilitate export and physical transfer of deregistered aircraft within five working days, subject to safety norms and payment of outstanding dues[10], thereby reducing lead times in several legs of an aircraft leasing transaction life cycle and increasing certainty of process investor confidence.

Even the IFSCA has specifically required compliance with the Cape Town Convention and Protocol under the Finance Company Regulations. In fact, from an IFSC perspective, for a transaction between an IFSC based lessor and an Indian operating lessee, we note that India has not acceded to Article 50(1) of Cape Town Convention, which provides that a contracting state may declare non application of this convention on an internal transaction. This reflects that India intends to treat the IFSC as a truly international jurisdiction and wants to ensure that the lessors setting up business in the IFSC are assured adherence to global best practices and benefits under the Cape Town Convention and Protocol.

Aircraft Leasing in IFSC – ETA: 00 Hours and about to take off……

It is noteworthy that within a few months of notifying ‘aircraft leasing’ as a financial product under the IFSC regime, GIFT IFSC has witnessed increased interest from domestic and foreign aircraft lessors rushing to set up shop in IFSC and undertaking aircraft leasing transactions therefrom. Given the vision of the government to onshore the aircraft leasing activities that are currently being exported to offshore jurisdictions, GIFT IFSC with its unique regulatory, legal and tax regime and access to world class infrastructure and skillset has the potential to become an aircraft leasing hub in the global market.

This note only provides information on IFSCs in India and the aircraft leasing activities being permitted thereunder. The note is for informational purposes only. The information and/or observations contained in this note do not constitute legal advice and should not be acted upon in any specific situation without appropriate legal advice. The views expressed in this note do not necessarily constitute the final opinion of Cyril Amarchand Mangaldas. 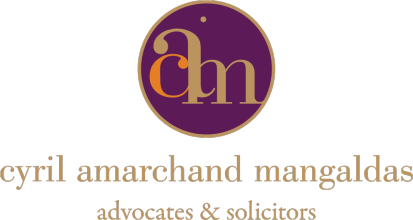