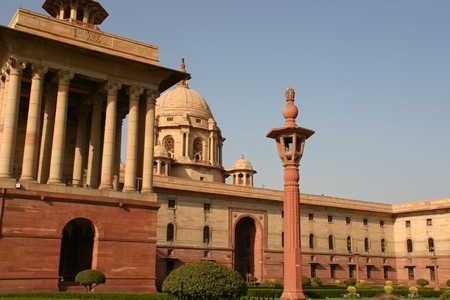 The National Judicial Appointments Commission Act, 2014 (Hereinafter called the “NJAC Act”) has recently received the assent of the President on the 31st of December, 2014 along with the One Hundred and Twenty First Amendment Act, 2014, and has been notified in the official gazette on the 13th of April, 2014. The Judicial appointment mechanism provided for in these Acts have remained a subject of controversy since the August of 2014 when they were first introduced and have given an occasion to raise fresh concerns about judicial independence and accountability.

By way of the 121st amendment of the Constitution, Article 124A has been added to the Constitution of India, which provides for the National Judicial Appointments Commission (Hereinafter called “the NJAC”) consisting of the Chief Justice of India, two other senior Judges of the Supreme Court, the Union Minister of Law & Justice and two eminent persons nominated by a committee consisting of the Prime Minister, the Chief Justice of India and the Leader of the Opposition in the House of People or if no such Leader is there then the Leader of the single largest Opposition Party in the Lok Sabha.

The NJAC Act regulates the procedure to be followed by the NJAC for recommending persons to be appointed as judges of the Supreme Court and the High Courts, along with their transfers. The recommendation for appointment of Judges has to be made on the basis of seniority, ability, merit and any other criteria of suitability as may be specified by regulations of the NJAC. Based on these recommendations, the President has to make the appointment.

Soon afterwards, the provisions of the Constitution dealing with appointment and transfer of judges were interpreted in S.P. Gupta Vs. Union of India2 (First Judges Case). In the said case, it was held by the Apex Court that the opinion of the Chief Justice does not have primacy and the Union Government is not bound to act in accordance with the opinion of the constitutional functionaries as the Executive is accountable and the Judiciary has no accountability.

However, the First Judges Case was overruled by the Second Judges Case3, by a nine judge bench whereby it was held that in the event of disagreement in the process of consultation, view point of judiciary was primal and the executive could appoint judges only if that was in conformity with the opinion of the Chief Justice. The Collegium system, now about 21 years old, was not only recognized in the Second Judges Case but also in the Third Judges Case4. Thus the Collegium system of appointment had become the law of the land and has been followed ever since.

The Collegium system was sought to be done away right from 1990 onwards with the 67th Constitutional Amendment Bill. Thereafter it was followed by three more attempts (5). Thereafter discussions took place and several recommendations were made by various committees emphasizing the need for changing the collegium system. Finally on 31st December, 2014 the NJAC Act and the 121st constitutional Amendment Bill received the presidential assent.

The Ailing Collegium and the Need for NJAC

The Collegium system of appointment, professed to keep the judiciary absolutely independent from the executive was flawed in many ways. The drawbacks of the Collegium system as has been highlighted by different eminent personalities, commissions and committees and can be shortly summarized as follows:-

NJAC: The cure for the ailment?

The NJAC Act and the 121st constitutional amendment is already under Challenge before the Supreme Court of India. The bunch of Public Interest Litigations10, was initially before the bench of Justice Anil R. Dave, Justice Chelameswar, and Justice Madan B. Lokur. By way of an Order dated 7th April, 2015 the said bench had placed the matters before a larger bench as it involved a “substantial questions of law as to the interpretation of the Constitution of India”, without passing any interim order as to the operation of the NJAC.

The real question which arises for consideration is whether the formation of NJAC really cures the ailments that the collegium system suffered from?

To begin with, the NJAC definitely cures the earlier allegations of unconstitutionality arising due to the executive's opinion bearing no weight in comparison to the judiciary. The NJAC consists of three judicial officers and the Union Law Minister, along with the involvement of several political bodies. The recommendation would finally be made to the President. Hence the NJAC gives much more primacy to the executive, rather than the judiciary. Secondly, to some extent it can also be said that the problem of judicial accountability may also have been solved as the judiciary would now be accountable to the executive in the matter of its appointments.

However, apart from the above, it doesn't serve much purpose over the collegium system. It in no manners cures the lack of transparency. The considerations and procedure of appointment would still be shrouded in mystery. Along with the criteria of appointment specifically provided for, in the provisions of the NJAC Act, the words “any other suitable criteria” will continue to afford sufficient amount of nepotism and favoritism to the members of the NJAC.

Furthermore, the long procedure of continual debates and discussions ordinarily preceding the passing of legislation in the country has also not been followed in this case. The passing of the legislation in such a hurried manner has also been looked upon by many with suspicious eyes and lack of jurisprudential basis.

Apart from these drawbacks of the collegium system which the NJAC Act fails to overcome, it has several loopholes and setbacks of its own.

The constitutionality of the NJAC Act and the 121st constitutional amendment is a subject of circumspection. The NJAC Act and the amendment leave the power of judicial appointments, in the hands of the executive almost in its entirety. Judicial appointments have always been associated with the Independence of Judiciary, which has time and again recognized to be part of the basic structure of the Constitution. To give such major primacy to the executive in the appointment process dilutes the independence and can be said to shake the basic structure of the constitution.

Another perceived lacunae in the formation of the NJAC is the inclusion of “eminent persons” without any criteria of special knowledge. In other acts, such as the Consumer Protection Act, 1986 the criteria of “eminent persons” is laid down as having some special knowledge, background and standing. In absence of such a criteria being laid down the committee consisting of the Prime Minister, the Leader of Opposition and the Chief Justice shall be free to appoint persons without accountability of merits and other factors which will, in effect, lead to abuse of the provision.

Answers to questions such as the efficacy of the implementation, and whether the Right to Information Act, 2005 would be applicable to the NJAC, could be revealed after the NJAC Act comes into full effect and the regulations and rules thereunder are formulated. As of now, no certain answer to these queries can be found.

Although no other country in the world leaves judicial appointment solely to the judiciary, there are several methods and balances to protect the Independence of the Judiciary.

In France, a constitutional body of Conseil Superieur de la Magistrature makes recommendations to the President on the basis of which the appointments are made11. However the body consists of the President, Minister of Justice, and 16 members out of which only four are prominent public figures. Out of the remaining twelve, half deal with recommendations of sitting judges and half deal with recommendations for public prosecutors. The first half is composed of 5 sitting judges and one public prosecutor. Thus the primacy of judiciary in the appointment procedure can be clearly seen. Similar is the case in the United Kingdom12, where for appointments to the Supreme Court, the Lord Chancellor has to convene a commission which consults judges and heads of jurisdiction. On the basis of the recommendation of the commission, the Lord Chancellor notifies this selection to the Prime Minister.

In Australia, judicial commissions invites the “expression of interest” from the members of the Bar through public advertisements to enable the appointment of judges in a transparent manner. In the United States as well, the President's nominees go through confirmation hearings in the Senate and are subjected to public scrutiny in relation to their professional lives and political views. These processes encourage transparency in the procedure for appointment.

The Indian NJAC Act can also take inspiration from these processes abroad. A good way forward could be to continue with the collegium system, make it more transparent by call for expressions of interest and publications of reasons including the criteria as well as executive inputs regarding antecedents etc.

There is a provision for formulation of various regulations by the NJAC. One can only hope that the regulations made finally provide for these contingencies and bring in more transparency than the system presently provides for.

More recently, the Chief Justice of India, Hon’ble Justice H.L. Dattu has also refused to be a part of the NJAC till a verdict of the Supreme Court is arrived on the issue. His refusal to follow a statute fully in force is a discussion for another day.

It seems that at least the present mechanism endeavored to be set into motion, forgets the humiliation which the judiciary has faced at the hands of the executive. It appears that the toying of Mrs. Indira Gandhi in the emergency period has been wiped away as a distant past, which is surely no way of moving to the future.

“Please remember no system can be perfect. You cannot ensure independence, you cannot legislate independence. A judge must be independent even of himself, of his biases, prejudices, predilections, preconceptions. But the thing is, on the whole, it is a human system, it is not a perfect system. I think I would rather go with the collegium system, make it broad based, it to be taken into consideration in appointment of judges rather than scrap it altogether. I would rather trust the judges than the executive.”

procedure for selection of Judge of the High Court. 1

3 Supreme Court Advocates on Records v. Union of India, 1993
4 In re Special Reference 1 of 1991
5 See 82nd Constitutional Amendment Bill in 1997, 98th Constitutional Amendment Bill in 2003 and the 120th Constitutional Amendment Bill in 2013. 6 21.10.2008, “The Hindustan Times" quoting the then Law Minister, Mr. H.R. Bhardwaj, had reported “Collegium system has failed. Its decisions on appointments and transfers lack transparency and we feel courts are
not getting judges on merit”.
7 Page 50, Fourth Report, 'Ethics in Governance', Second Administrative Reforms Commission.
8 26.09.2014, “The Times of India”, quoting the then Union Law Minister, Mr. Sadananda Gowda.
9 Page 59, 214th Report of the Law Commission of India.
10 Supreme Court Advocates-On-Record Association and Anr. v. Union of India, Writ Petition (Civil) No. 13 of 2015 being lead matter.