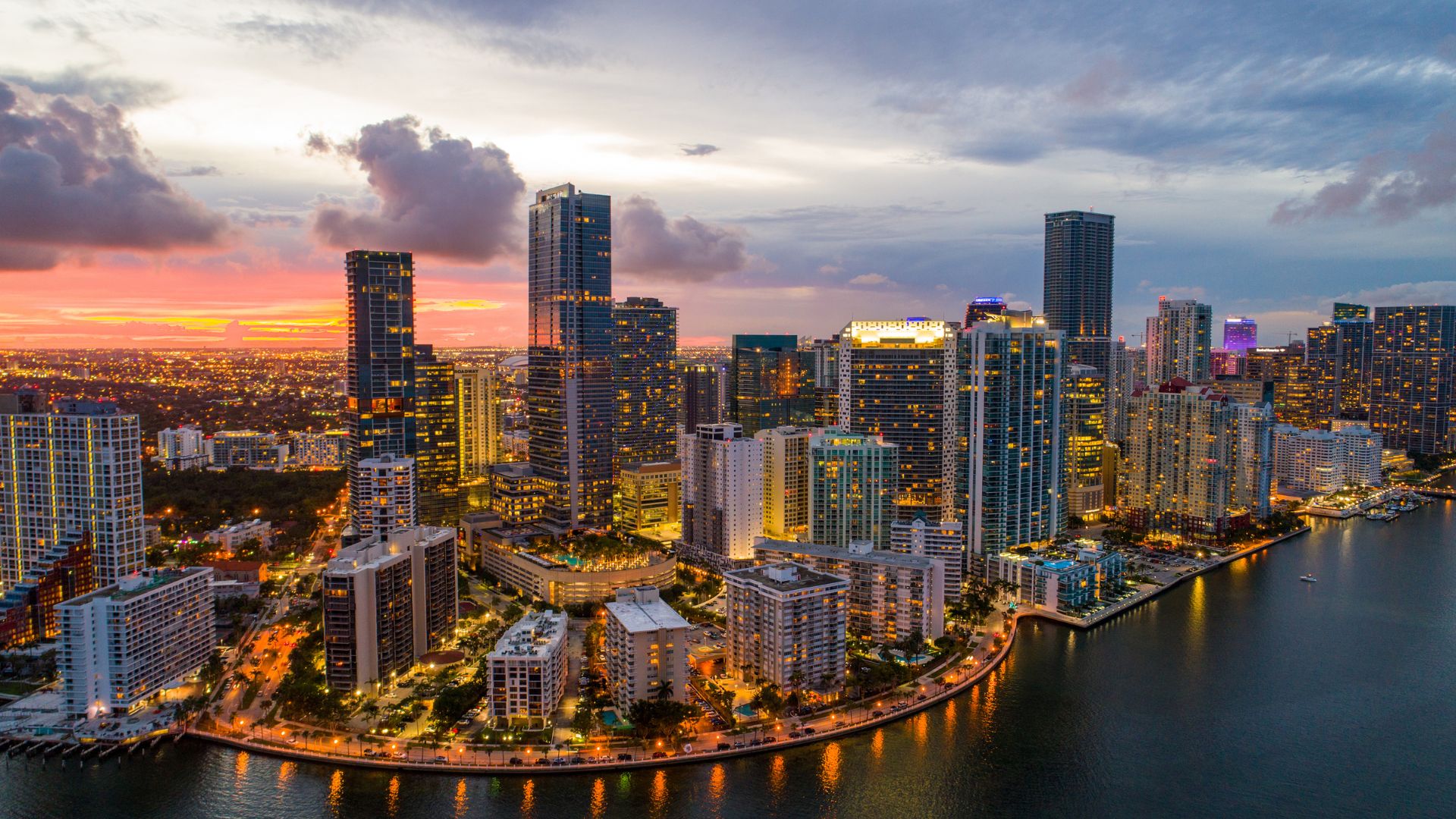 New U.S. Restrictions On Transfers To China For Semiconductor And Advanced Computing Uses.

Two new rules announced by the U.S. Department of Commerce, Bureau of Industry and Security (BIS) strive to severely inhibit China’s progress in indigenously producing advanced semiconductors. Although advanced semiconductors are widely used for commercial applications, BIS cited serious concerns regarding China’s use of the technology for WMD and military applications, and enabling human rights violations or abuses. BIS’ announcement follows remarks in September by the U.S. National Security Advisor signaling a shift in the U.S. export control strategy from one of maintaining a “relative” advantage over competitors in certain key technologies, to maintaining “as large a lead as possible.” It remains to be seen if U.S. allies key to the semiconductor supply chain will impose similar export restrictions on transfers to China. Following the announcement of the rules, BIS officials have underscored the importance of multilateral adoption of the new currently unilateral controls, describing engagement with allies as a “priority” for BIS.

A summary of key provisions of the new rules follows, along with the relevant implementation dates:

BIS also introduced a new end use control that, in addition to any existing controls under the Commerce Control List (CCL), prohibits the export, reexport, or retransfer to or within China without a license of specified items if there “is knowledge” that the items are destined for the following prohibited end uses:

(i) any item subject to the EAR (e.g., including EAR99) when you know it will be for the development or production of integrated circuits (ICs) at a fabrication facility in China that fabricates:

(ii) any commodity, software, or technology, except equipment, controlled on the CCL (i.e., not EAR99), if you know it will be used for the development or production of ICs at a fabrication facility in China, but you do not know whether the facility fabricates ICs meeting the aforementioned requirements.

(iii) any item subject to the EAR (e.g., including EAR99) when you know it will be used for the development or production in China of any semiconductor manufacturing equipment parts, components, or equipment described on the CCL (even if not subject to the EAR).

(i) Development, production, use, operation, installation, maintenance, repair, overhaul, or refurbishing of a supercomputer located in or destined to China; or

(ii) Incorporation into, or the development or production of any component or equipment that be used in a supercomputer located in or destined to China.

Both sets of new end use controls are also subject to an “informed by” provision, whereby BIS may inform individuals or entities, either through amendment of the EAR or via specific notice (including by oral notice, followed by a writing) that a license is required for a specific export, reexport, or transfer to/within China because it poses an unacceptable risk of use in, or diversion for, one of the prohibited end uses.No license exception can overcome the end use restrictions. Additionally, BIS will apply a general policy of denial for license applications seeking authorization to conduct a transfer for one of the prohibited end uses, except it will consider on a case-by-case basis applications for IC production end uses in China by companies that are headquartered in the U.S. or a Country Group A:5 or A:6 country.

Expansion of U.S. jurisdiction over certain non-U.S. made products destined for China

In another significant broadening of the EAR, effective October 12, the new rule follows earlier EAR amendments that captured “support” by U.S. persons for military intelligence end users, even with respect to items not subject to EAR jurisdiction. The concept is akin to the concept of “defense services” under the International Traffic in Arms Regulations (ITAR), which has long captured U.S. person activity related to items controlled on the U.S. Munitions List, regardless of the items’ country of origin. Under the new amendments, U.S. persons cannot ship, transfer, or service, or facilitate the shipment, transfer, or servicing of items not subject to the EAR but which would have required a license if they were subject to the EAR because they were being used in connection with semiconductor fabrication or supercomputers.  The rule also prohibits the provision of such “support” by U.S. persons in relation to certain non-U.S. items if the items will be used in China in an IC fab, but the U.S. person is unable to confirm whether the fab produces advanced ICs meeting the end use restrictions.

To avoid disruptions of the IC supply chain, BIS has also announced a temporary general license (TGL), effective October 21, 2022 through April 7, 2023, allowing exports, reexports, or retransfers from abroad to or within China by companies not headquartered in an U.S. arms embargoed or sanctioned cy to allow for activity in China involving advanced IC and computer parts now covered by the new controls. The TGL does not authorize transactions with end users or ultimate consignees in China, nor does it allow activities with Entity Listed parties.

In a separate publication on October 7, BIS added 31 Chinese headquartered entities to the Unverified List (UVL) on the grounds that the Chinese government has not allowed the end user and pre-license checks that have long been standard for BIS. Notably, BIS added one of China’s fastest growing chip manufacturers, YMTC.

BIS will accept comments on the interim final semiconductor and advanced computing rule through December 12, 2022. Because BIS implemented the rule without allowing for notice and comment, it is likely to issue a subsequent corrections and clarifications rule informed by industry comments reflecting unintended or collateral consequences of the new requirements. BIS officials have also noted their plans to issue Frequently Asked Questions on the BIS website, reflecting their consideration of industry questions, and likely requests for clarification from U.S. allies, on a rolling basis.

Jeffrey L. Snyder is a partner in the firm’s International Trade Group in the Washington, D.C. office. He joined the firm in 2002.

Since 1986, Jeff’s practice has concentrated on the U.S. regulation of international trade. Clients seek him out for troubleshooting and problem solving in cross-border transactions. Jeff advises on import and export laws, including the EAR and the ITAR. He develops approaches for multinationals to manage the impact of U.S. extraterritorial regulations, such as the sanctions administered by the Office of Foreign Assets Control. Jeff assists companies in day-to-day compliance with these laws, and with interventions — such as audits and investigations, and civil enforcement proceedings. His recent work includes:

Jeff has focused on emerging issues in international trade regulation, including transatlantic, multijurisdictional compliance, global compliance issues, and emerging technologies such as cloud and blockchain since the start of his legal career at Graham & James (1986-1998).

Jeff is a frequent speaker on international trade issues, and regularly makes presentations in the U.S. and abroad on U.S. trade regulation topics. He is ranked and recognized as a leading international trade lawyer, based on extensive client interviews and peer votes, in the following publications: The Best Lawyers in America, Chambers USA and Chambers Global, Super Lawyers, and Expert Guides. Jeff has also been consistently recognized by The International Who’s Who of Business Lawyers for his work in trade & customs.

Jeff serves as the jurisdictional council member (JCM) for the United States in the Inter-Pacific Bar Association (IPBA) and served as co-chair of the IPBA’s International Trade Committee from 2010-2014; he remains a member of the Advisory Committee.

He is also the general editor of the Kluwer Law International publication, the Global Trade and Customs Journal.

Jeff is a member of the WCO PICARD Scientific Committee.