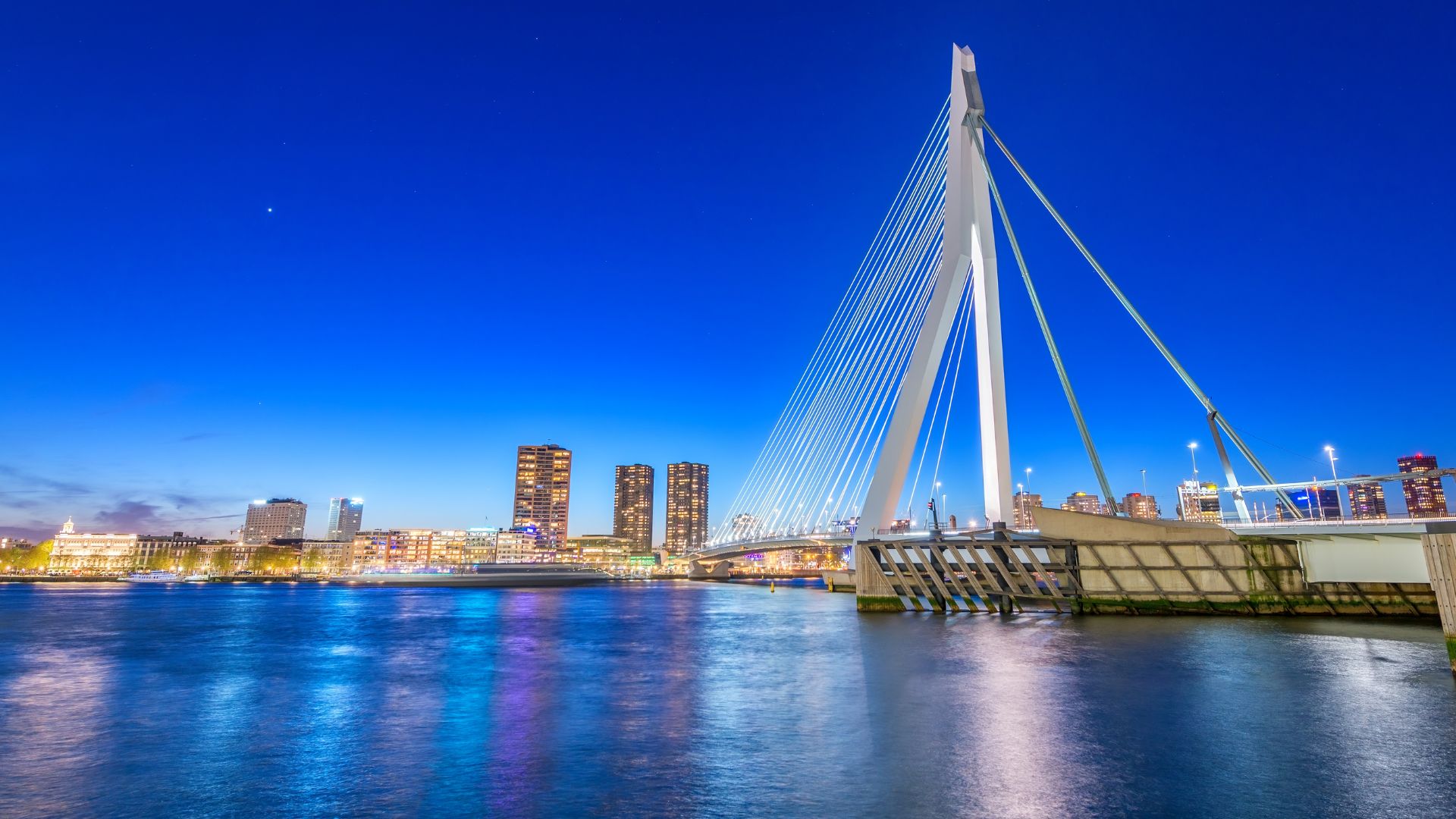 Using Electronic Signatures In Finance Transactions In The Netherlands.

Contracts are increasingly being carried out electronically, and this is evident in the financing practice. The number of methods and systems for digital signing is growing and so is the question of whether, and to what extent, electronic signing is acceptable. This question is even more relevant in financing since a financier usually requires a legal opinion in which a law firm confirms that the relevant financing documents are duly executed.

What is electronic signing?

On 1 July 2016, the eIDAS Regulation[1] (the Regulation) entered into force and gave, amongst other things, a framework for electronic signing. The Regulation had direct effect, so these provisions apply directly in all member states of the European Union.

The Regulation recognises three forms of electronic signing that differ in an increasing degree of reliability and associated guarantees:

c. the qualified electronic signature (the QES or Qualified Electronic Signature): a QES is encrypted in a similar way as the AES but has stricter requirements on key management. Consequently, the QES is an AES created with qualified means and is accompanied by a qualified certificate.[4] The qualified certificate is issued by trust services (also called a Trusted Third Party, or a TTP) and are subject to public oversight and must comply with technical and procedural requirements. A TTP can link the specific signatory to the signature and determine whether the signature is still valid at the time of signing. Each Member State has a so-called Trusted List that lists the select few parties that have been certified for this purpose. Moreover, there is a mutual recognition principle which means that if a QES has been issued in one Member State, this signature must be recognised as a QES in other Member States.[5] A QES can be recognised as such because the certificate is issued as a ‘qualified certificate for electronic signature’[6]. At the time of writing 247 TTPs have been certified for this goal (of which 7 parties are Dutch).

The Regulation further specifies that a QES has the same legal effects as a hand-written signature.[7] The Regulation leaves it to the Member States to determine the legal effects of other electronic signatures. In the Netherlands, this is in Article 3:15a of the Dutch Civil Code (DCC) which states that an “ordinary” electronic signature and the AES shall have the same legal effects as a handwritten signature if the method for signing is sufficiently reliable, (i) considering the purpose for which the electronic signature is used and (ii) all other circumstances of the case. The Regulation and the Dutch legislator don’t give examples or more guidance of when an SES or AES meets these respective rules. From the explanatory memorandum (Memorie van Toelichting) and the preambles of the Regulation it seems this was a deliberate choice to allow for more innovation. Therefore, it will be up to the courts to further interpret these open standards, although it has been limited to date.

In our experience, most companies still use the SES or sometimes an AES, and relatively few companies use the more complicated QES.

The legal effects of electronic signing

As mentioned above, the Regulation grants the same status to the QES as to the handwritten signature. The ordinary electronic signature and the AES have the same legal effects only if this way of signing is sufficiently reliable, given the purpose for which the electronic signature is used and all other circumstances of the case.

The question whether or not to sign electronically is also important for the evidential value. This is the case for a signed document intended to serve as evidence (also called private instrument (onderhandse akte) if three conditions are met: (i) signed, (ii) written document, and (iii) intended to serve as evidence. A document in writing does not necessarily have to be a physical written document but can also be an electronic document[8] where the signature also takes place electronically.

In principle, a private instrument provides binding evidential value so it is assumed that what is stated in the deed is true. However, a private deed loses evidential value if the signature is disputed by one party. The other party will then have to prove the authenticity of the signature.[9] If it is established that the used electronic signature (which is either a SES or AES) is sufficiently reliable, then this signature is deemed to have the same legal effect as a handwritten signature. The electronically signed document is therefore regarded as a private instrument (onderhandse akte) and has binding evidential value. However, if a judge finds that the method of signing is not sufficiently reliable, then the document cannot be seen as a private instrument and it has no binding evidentiary value but rather nonbinding evidentiary value (vrije bewijskracht). Additional evidence will then have to be provided to prove that the electronic signature was indeed appended by the signatory.[10]

This can have far-reaching consequences for a financier and raises the question to what extent an electronic signature suffices. The law offers no starting points for reviewing the open norm included in Article 3:15a DCC and case law on the subject is limited. However, it seems that for the admissibility of a SES or an AES the importance of the legal act is decisive. Thus, the greater the financial importance of a transaction, the less suitable a SES or AES is without additional confirmation or evidence that the signatory has signed.

Electronic signature in the financing practice

In a finance transaction of some significance, both the borrower and the lender are assisted by legal advisers, who are in frequent contact. Nowadays, that contact often consists of online video meetings. The negotiation process from term sheet to financial close can take between a few weeks to several months. In smaller financing transactions this process can be different as the lender often makes a loan or credit available based on standard bank documentation. These documents are often not extensively negotiated and the process of entering into this type of agreement is highly standardised. In the following, we limit ourselves to the larger finance transactions.

Electronic signatures are becoming increasingly common in the financing practice. We often see parties e-mailing a scan of the relevant signed agreements to the coordinating lawyer. This way of signing qualifies as an SES.

Parties are free to decide on the degree of reliability, either unilaterally, by mutual agreement or by incorporating this in general terms and conditions. A judge will then take these arrangements into account in the decision on whether that method of signing is sufficiently reliable.[11] In many finance transactions the parties implicitly make these agreements when agreeing the signing instructions, which indicate that the parties will return PDF copies of the agreements to the coordinating lawyer. The coordinating lawyers check whether the signatories are authorised to represent the borrower, either based on statutory powers of representation or based on a power of attorney. The lawyers also receive a specimen of the signatures of those authorised to represent the company. These specimen signatures can be provided by means of a copy of the passport of the authorised representative, but are often also explicitly included in a separate document, such as a management certificate. The entire transaction – including the signature – is supervised and checked with the utmost care by the lawyers of all parties involved.

In general, we find this is a reliable procedure. The circumstances of the case ensure that the ‘ordinary’ electronic signature can be traced to a particular person. The chance that this is abused is in no greater than the risk that a handwritten signature is not issued by the signatory in relation to a particular document. If the above circumstances does not lead to a sufficiently reliable electronic signature in view of the purpose of the transaction, we do not see when said procedure would otherwise be sufficient. The legislator has expressly permitted the possibility of an “ordinary” electronic signature, provided that the open norm is met. It seems undesirable and unnecessary for this type of transaction to exclusively fall back on a handwritten signature or a QES. An exception could be made for signatories who are distant from the transaction and who have had little involvement in the process, for example a guarantor or a third-party collateral provider. The fact that these are large and complex transactions does not alter this. However, a sufficiently reliable procedure in the case of an electronic signature in the case of smaller financing is less obvious as negotiations are limited or non-existent. Consequently, the parties have rarely or not at all spoken with each other. In these circumstances, we would suggest signing to be done exclusively with either a QES or a handwritten signature.

Finally, the bank’s lawyer will issue a legal opinion confirming that the signing of the financing documentation is complete and correct (the due execution opinion). If the financing documentation is signed by means of an ‘ordinary’ electronic signature (or via AES), the lawyer will have to address the question of whether the electronic signature complies with the open standard included in Article 3:15a DCC. The lack of guidance from the legislator or clarity from case law on this point will force the lawyer to make a conservative assessment. Therefore, the lawyer will make a reservation regarding the due execution opinion, for example by including the qualification that no statement is made about whether there is sufficient reliability. Consequently, the bank does not receive a definite answer on this point. However, as described above, the risk to the bank is limited and such a qualification is therefore usually accepted.

Finally, the loan documentation is rarely if ever disputed. The rights and obligations arising from the loan documentation are subsequently complied with after financial close: the loan is granted, the interest is paid, and the securities are established as agreed. In the unlikely event that the electronic signature does not meet the standards of Article 3:15a DCC, then the agreement can still be validly ratified.

In our opinion, there is much to be said for the execution process in the case of larger financing to be sufficiently reliable, but this is not certain. The larger transactions are characterised by a careful and reliable execution process in which parties agree on the way of signing. Parties are in constant contact with each other and are assisted by legal advisers and ultimately the lawyers specifically check whether all relevant agreements have been duly executed and/or validly signed. The lack of guidance from the legislator and case law will still prompt a lawyer to include a qualification on this point in the legal opinion.

[1] REGULATION (EU) No 910/2014 OF THE EUROPEAN PARLIAMENT AND OF THE COUNCIL of 23 July 2014 on electronic identification and trust services for electronic transactions in the internal market and repealing Directive 1999/93/EC.

[6] Annex I of the Regulation.