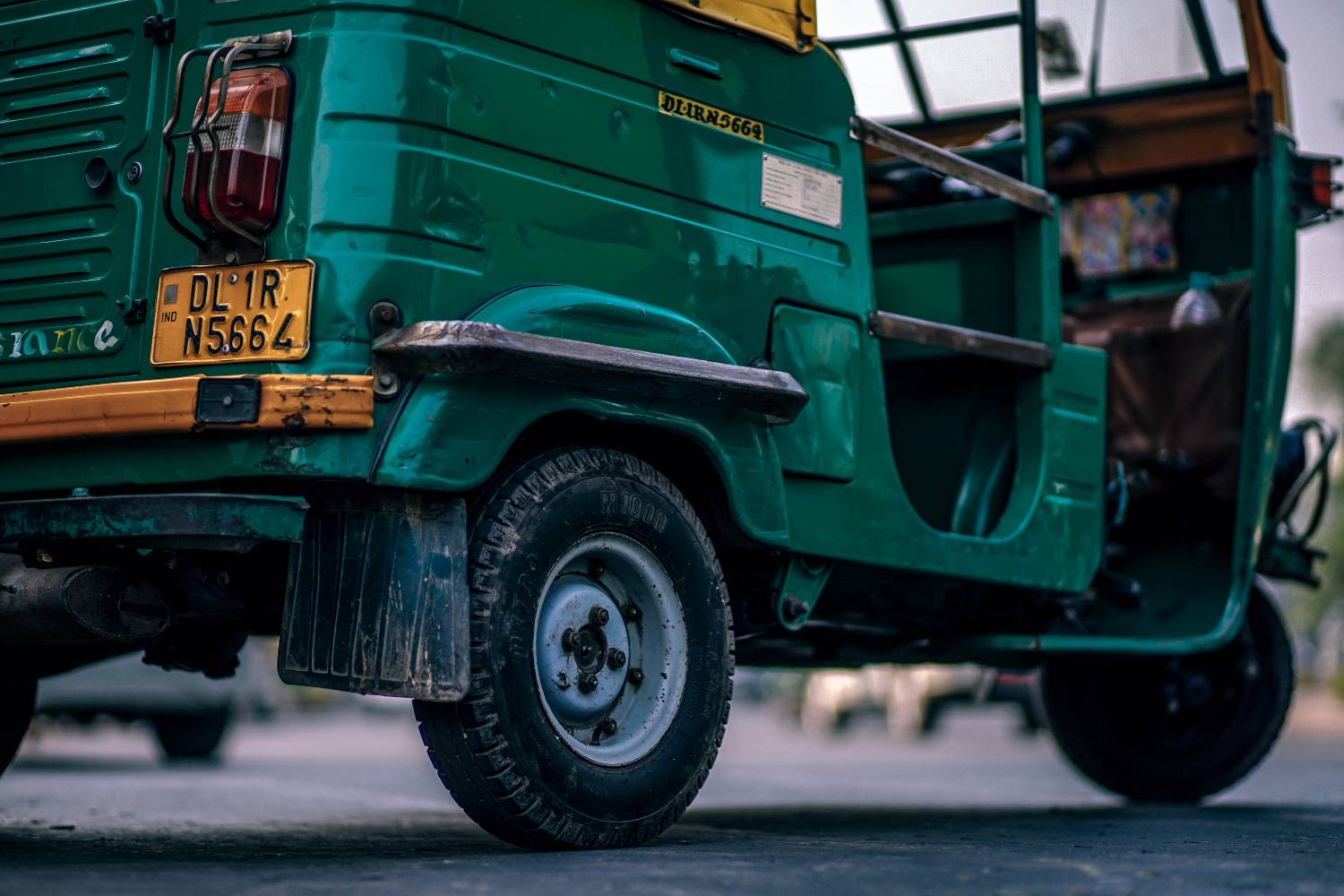 Analysing The Russia/Ukraine Sanctions & Their Impact On Indian Businesses – Part 1.

Economic sanctions are essentially foreign policy tools deployed by governments and international organisations or trade regulation bodies to govern or alter the strategic decisions of state and non-state actors that threaten their interests or violate international norms of behaviour. Economic sanctions often constitute a withdrawal from customary trade and financial relations, for foreign policy and national security purposes. Sanctions may be comprehensive and non-comprehensive. Comprehensive sanctions prohibit commercial activity with regard to an entire country, for instance the US embargo against Cuba, or they may be targeted, blocking transactions by and with particular businesses, groups, or individuals.  Whereas non-comprehensive sanctions target specific activities or areas, but do not generally target an entire geographic region. Non-comprehensive sanctions programmes also target activities that are not confined to a country or area, such as drug trafficking and terrorism.

The United Nations (“UN”) Charter empowers the UNSC to take measures to maintain peace, allowing the Council to “determine the existence of any threat to the peace, breach of the peace, or act of aggression” and to take military and nonmilitary action to “restore international peace and security”.[1]

Under Article 41, only the UN Security Council has mandate by the international community to apply sanctions that must be complied with by all UN member states (Article 2,2). Besides the UN, unilateral sanctions may be imposed by individual countries in furtherance of their strategic and diplomatic interests; these sanctions are typically in the form of measures restricting the flow of trade and commerce. UNSC sanctions are then adopted by the signatory member states by means of inclusion into legislation and by appropriate Government notification.

Understanding the US Sanctions

The United States Treasury Department is empowered to gather intelligence, regulate and enforce policy, with the objective of defending the US and the global financial systems against any threats and potential abuse by sources that pose a threat to national security. The Office of Foreign Assets Control (“OFAC”) administers and enforces financial sanctions in furtherance of the International Emergency Economic Powers Act (“IEEPA”) and other legislations, which provide the President with the authority to deploy and enforce financial sanctions under an Executive Order, in response to national emergencies that call for prohibition or restriction on businesses or freezing of property.[2]

US sanctions or primary sanctions are applied by ‘blocking’ or ‘freezing’ assets (sometimes referred to as “primary sanctions”), applied by “blocking” or “freezing” the assets of a “specially designated national” (“SDN”). This means that the SDN’s assets in the US are frozen, and cannot be retrieved without permission from OFAC, and that US persons are generally not permitted to transact with SDNs. Also, certain sanctions target entire countries or geographic regions, so US persons generally cannot deal with these countries, e.g. North Korea Sanctions Program.

In contrast, comprehensive sanctions prohibit all US persons from entering into (most) transactions with a specified territory or state, whether or not an SDN is involved. Currently, there are four countries and one territory that is subject to comprehensive sanctions: Cuba, Iran, North Korea, Syria and Russia, further to the 2014 annexation of Crimea.

Applicability of the US Sanctions Program

Even though the application of sanctions appears limited, due to ‘facilitation’, the scope increases substantially. The facilitation rule states that a US person cannot ‘facilitate’ a transaction by a non-US person because of the sanctions prohibiting such operations. This rule implies that the non-US individual/ entity may be liable for sanctions violation. This rule is most relevant in terms of usage of US dollars for transactions, as US dollar payments are cleared through US banks, a US dollar payment to or from an SDN or a sanctioned country will constitute facilitation, therefore, bringing non-US related transactions within the scope of sanctions.

The Executive Order 13660 (“EO 13660”) dated March 6, 2014, declared a national emergency to deal with the threat posed by the actions and policies of certain persons who had undermined democratic processes and institutions in Ukraine; threatened the peace, security, stability, sovereignty, and territorial integrity of Ukraine; and contributed to the misappropriation of Ukraine’s assets; subsequent to which the Ukraine/ Russia related sanctions program were implemented by the OFAC.

In response to the purported annexation of the Crimea region of Ukraine, as well as the actions and the policies of the Russian Government, the US Government issued three more Executive Orders, expanding the scope of the EO 13660. Collectively, these Executive Orders authorise the imposition of sanctions against persons responsible for or complicit in certain activities with respect to Ukraine; against officials of the Government of the Russian Federation; against persons operating in the arms or related materiel sector of the Russian Federation; and against individuals and entities operating in the Crimea region of Ukraine, among other things.

Furthermore, the EO 13662 authorises the imposition of sanctions, targeting certain entities operating in specified sectors of the Russian Federation economy; whereas, E.O. 13685 also prohibits the importation or exportation of goods, services, or technology to or from the Crimea region of Ukraine, as well as new investments in the Crimea region of Ukraine by a United States person, wherever located. The measures stipulated with respect to the Ukraine/ Russia-related sanctions program fall into the following three broad categories, as set forth in greater detail below:

[2] The funds or relevant property of the designated person stay in the hands of the bank, company, or individual that reported them to the Treasury but must be strictly maintained consistent with OFAC regulations.

[3] Please note the Cyril Amarchand Mangaldas is qualified to practice law in India and the above legal position does not construe a legal advice or create an attorney-client relationship. In case you require legal assistance, please consult a qualified attorney in your jurisdiction.

Rishabh is Co-Head of the Private Client practice and Head of International Business Development at the Firm, specialising in family constitutions and settlements, trusts, wills and succession planning.

Rishabh Shroff is a Partner in Cyril Amarchand Mangaldas, and operates out of the Mumbai office. After completing his LL.B from the London School of Economics, London, he joined the Firm in September 2007. He was admitted as an advocate in the Bar Council of Maharashtra & Goa (India) in 2007. He is also a Solicitor, Supreme Court of England & Wales.

Rishabh is the Co-Head of the Private Client practice at the Firm, specialising in family constitutions and settlements, trusts, wills and succession planning. He provides succession, taxation, estate and wealth planning advice to wealthy individuals and their families, who are often promoters of large family businesses. He also provides related advice to trustees and other private client service providers, such as family offices and institutional / corporate trustees.

Rishabh advises on a number of issues, including the creation and management of domestic trusts, along with advising both trustees and beneficiaries in relation to their relative rights, responsibilities and obligations. He is experienced in the drafting and creation of inter-vivos trusts and their constitutional mechanisms, and has experience in dealing with complex issues such as settler reserved powers, protector powers and appointment mechanisms. He also frequently advises on complex issues arising under the Indian exchange control regime (including in respect of Non Resident Indians and foreign trusts and companies), SEBI Takeover Regulations and the SEBI Listing Agreement, etc.

Rishabh is involved in the setting up and administration of a number of bespoke private trust companies in India. He also advises on a number of charitable and philanthropic endeavours, including on India’s statutory Corporate Social Responsibility regime.

Rishabh was featured in detail in a landmark publication on family business and the next generation of corporate India, “The Inheritors: Stories of Entrepreneurship and Success” by Sonu Bhasin (Penguin Books, November 2017)2. The said book talks about his journey in his own business, and how those personal experiences have helped him better understand the dynamics between family & business.

Rishabh is a Partner in the Firm’s Corporate team, specialising in foreign investments into India, private mergers & acquisitions and joint venture transactions. He had also worked in the Firm’s Projects & Projects Finance (infrastructure) team for two years (2007 – 2009).

Rishabh is the Co-Head of the Firm’s Japan Desk, and works with Japanese clients frequently. He has been a part of the Japan Desk for over 13+ years, and during this time has advised a number of leading Japanese and international companies on their investments into India. He is responsible for managing the Indo-Japanese transactions handled by the Firm, and for building and maintaining relationships with its clients in Japan. He regularly travels to Japan for speaking and participating in various India focused seminars.

Rishabh had worked for three months in Homburger AG (Zurich) in 2008 as part of a Secondment Program between the Firm and Homburger AG. He was also seconded to Withers LLP (London) in August 2013 for four months, and to Cravath, Swaine & Moore LLP (New York) in July 2007 for five months.

Rishabh is the Philanthropy Ambassador for WWF India. As an active philanthropist and someone who is deeply concerned about the environment, Rishabh works closely with WWF India on various policies, initiatives and activities through the year, including on matters of environmental policies and changes.

Rishabh is a keen writer, and hopes to release a number of publications in the area of Private Client law in the near future. When he is not writing, Rishabh can be found reading, travelling extensively, playing the piano or playing badminton.