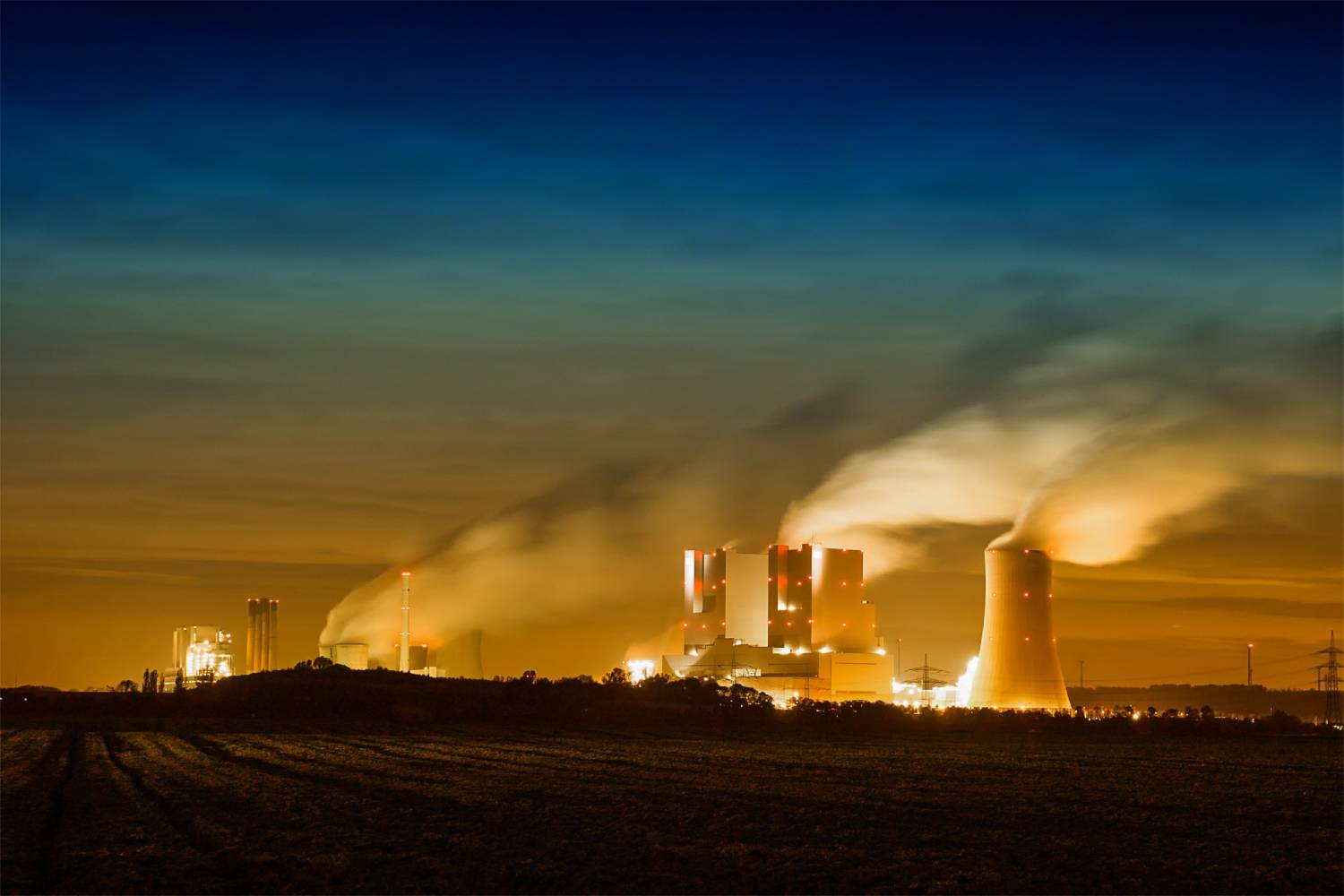 India – Dilemma Of A Nominee Director On The JV Company’s Board – Is There A Conflict In His Fiduciary Duties?

The fiduciary relationship between a director and the company is among the foremost principles of company law, which was first enshrined by common law courts of equity. The Supreme Court of India (“SC”) first recognised this common law principle in its celebrated judgment in the Nanalal Zaver case[1], which noted that directors can be considered as “trustees” of the company, and “must exercise their powers for the benefit of the company and for that alone”.[2]

While it is well-settled that a director should always act in the company’s best interest, it is often easier said than done, as there may be various competing interests that a director would have to weigh, before exercising his “independent judgment”.

To illustrate, Company A and Company B have set-up Company AB, pursuant to a 50:50 JV Agreement. Mr. X has been nominated to the Board of Company AB by Company A. The JV Agreement also provides affirmative voting rights on certain matters (“AVMs”) to the nominee director of Company A.

Now, there may be situations where the nominee director may have to cast his vote on a matter where the interests of Company A directly conflicts with the interests of the JV [Company AB]. For instance, Company AB may be in genuine need of capital – and may propose to undertake a rights issue.

If Company AB proceeds with the rights issue, then Company A’s shareholding may get diluted down, and the nominee director would have to take into account Company AB’s genuine requirement of funds, which is in conflict with the nominator shareholder’s interest. In this specific example, the question that arises is whether the nominee director can exercise AVMs to block the board resolution for approving the rights issue?

The larger issue is whether AVMs or similar veto rights can be abused by a nominee director, to block an action that is in the best interests of the company? The authors shall examine the legal position in this regard, in accordance with the jurisprudence on this aspect.

Jurisprudence on conflicting fiduciary duties of a nominee director

One important judgment which deals with the fiduciary duty of nominee directors is the Bombay HC’s decision in Rolta India Limited v. Venire Industries,[3] (“Rolta”), where it was held that private arrangements which prevented the nominee directors from appointing an additional director despite such appointment being in the company’s best interests could not be used to place fetters on the powers of such directors. It was held that the directors cannot abdicate their independent judgment by entering into pooling agreements – which essentially protect the proprietary interest of the shareholders.

Interestingly, the Bombay HC referred to the decision of the Supreme Court of Canada in Ringuet v. Bergeron,[4] which held that a director’s discretion to act in the administration of the company’s affairs cannot be fettered by an agreement. The Bombay HC also noted that an agreement that would ‘sterilise’ the powers of directors would not be enforceable.

In AES OPGC Holding (Mauritius) v. Orissa Power Generation Corporation Limited,[5] it was held that if a director is placed in a situation where there is a conflict between the interests of two or more persons/entities to whom the director owes allegiance, then he is duty bound to take the decision which would be in the interest of the company, failing which he would be in breach of his fiduciary duties. It was noted that this is more so in case of nominee directors, where there is a clash of interest between the company and the nominators.

A similar view has also been taken by English Courts. In Boulting v. Association of Cinematographer,[6] it was held that in so far as the nominee director is concerned, there is no discomfort so long as such nominee is in a position to exercise his judgment in the interest of the company to whose Board he is appointed.

However, if conditions are put upon him such that the director is bound to act in the company’s affairs under “the directions of his patron”, then such action is unlawful or, if such director agrees to subordinate the interests of the company to that of his nominator, then such conduct is oppressive to the other shareholders for which action can be initiated against the nominator.

This was reaffirmed by the Court of Appeals in Hawkes v. Cuddy, re Neath Rugby Limited,[7] where it was held that the very fact that a company’s director has been nominated to that office by a shareholder does not, by itself, impose any duty on such nominee director. Such a director may owe duties to his nominator if the former is an employee or officer of the latter, or if there are formal or informal arrangements to this effect.

Interplay with Section 166 of the Act

In the above context, it is instructive to note that Section 166 of the Act has, for the first time, codified the fiduciary duties of directors, in accordance with well-established common law principles. Section 166(2) provides that the director shall act in good faith to promote the objects of the company, for the benefit of its members as a whole, and shall act in the best interests of the company, employees, shareholders, etc.

Section 166(3) provides that a director shall exercise his duties with due and reasonable care, skill, and diligence, and shall exercise independent judgment – which broadly corresponds to the requirements under Sections 173[9] and 174[10] of the English Companies Act, 2006.

A nominee director on the Board of a JV Company will be required to exercise independent judgment before casting his vote, and cannot solely take into account the views and the interests of the nominator shareholder.

As noted in Palmer’s celebrated treatise on Company Law, the duty to exercise independent judgment “applies equally to nominee directors, who cannot blindly follow the judgment of those who appointed them, although they may rely on their advice provided they make the judgment their own”.[11]

Along with exercising independent judgment, the nominee director would also be required to exercise reasonable care, skill, and diligence before taking a decision.

This view also gives effect to the legislative intent behind codifying the fiduciary duties of directors – and ensures that Section 166 would not be rendered completely redundant on the statute book.

Pursuant to Section 6 of the Act, a view may be taken that the AVMs conferred by a JV Agreement [or by other private contracts such as an SHA] cannot be exercised in a manner that would be repugnant to a nominee director’s fiduciary duties towards the company, under Section 166 of the Act.

In accordance with the Bombay HC’s judgment in Rolta, the AVMs or other veto rights conferred under a private contractual arrangement may be declared void, to the extent to which it confers voting powers that fetters the director’s fiduciary duties under Section 166.

Now, what would be the potential remedies available to the other JV partner, if a nominee director gives primacy to the nominator shareholder’s interests, and abuses his AVMs in a manner that contravenes the JV company’s interest?

In such situations, the other JV partner may initiate arbitration proceedings if the JV Agreement contains an arbitration clause. Alternatively, the other shareholder may also file a petition for ‘oppression and mismanagement’ before the National Company Law Tribunal, under Sections 241 and 242 of the Act.

While there is nascent jurisprudence in support of a view that the arbitration proceedings initiated by a party for abuse of AVMs cannot be scuttled if the opposite party clothes up a petition for ‘oppression and mismanagement’, we still need greater clarity from Courts, regarding the inherent statutory limits against abusive exercise of AVMs or similar veto rights.

Given that the conflicting interests of the JV Company and the nominator shareholder often results in a ‘Catch-22 situation’ for a nominee director, it would be instructive for Courts to settle the legal position in ongoing litigations, and adopt a conclusive view that a nominee director’s fiduciary duties towards the company attain primacy over the interests of the nominator shareholder.

(1) A director of a company must exercise independent judgment.

(2) This duty is not infringed by his acting-

(a) in accordance with an agreement duly entered into by the company that restricts the future exercise of discretion by its directors, or

(b) in a way authorised by the company’s constitution”

(1) A director of a company must exercise reasonable care, skill and diligence.

(2) This means the care, skill and diligence that would be exercised by a reasonably diligent person with—

(a)  the general knowledge, skill and experience that may reasonably be expected of a person carrying out the functions carried out by the director in relation to the company, and

(b)  the general knowledge, skill and experience that the director has”.